Posted by Ryan Moore on November 12, 2018
For the longest time I've held on to the Pixel 2.  2018 was a great year for flagships.  The LG G7, Sony's Xperia XZ2, the Huawei P20 Pro ... even the Asus Zenfone 5Z was a great option.  Nothing made me give up the Pixel 2 XL.  Not that they weren't great alternatives, just was always the most comfortable with the Pixel.

Which was I was really excited for the successor, the Pixel 3 XL.  You could tell from my unboxing I was enthusiastic.  If there was a phone that could make me put down the 2, it would be the 3. 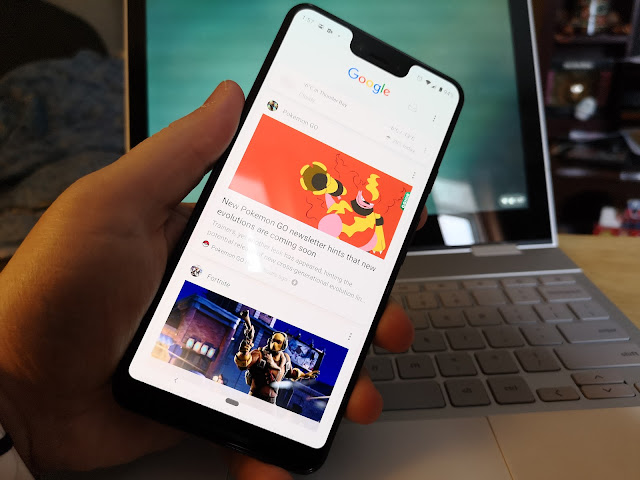 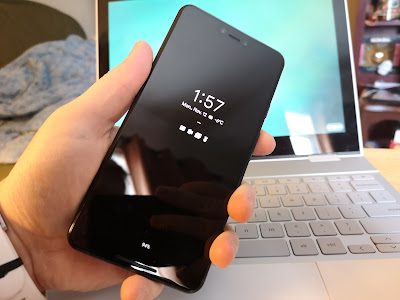 Compared to the 2, you're getting the latest processor, but most things are exactly the same; storage, RAM (which is a bit of a let down, tbh).

The other 'step ups' you're getting is that you now have a second camera for the selfie, so you can do wide angle.  The big plus (for me at least) is the Qi capability.  YAY.

There are also some software differences, but not sure how long they'll be an exclusive for the 3.  But we'll get to those in a bit.

First up, let's talk about the design.  Instead of plastics (although, if I recall it was painted aluminium?), this year the device has a one piece glass design, and to have that stereotypical "Pixel" look on the back, they've edged one bit of it to look like it's 2. 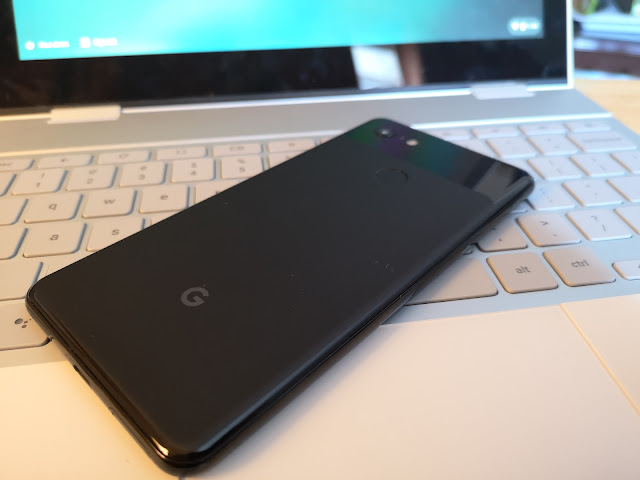 Buttons are all in the same places as before.  The only difference you'll notice is that the SIM tray is now tucked away on the bottom of the device instead of the side.  No biggie, as the speakers are all forward facing.

It's even still got the 'active edge' feature, where you squeeze it to activate Google Assistant.

It's when you turn the device on you'll see the difference between it and its predecessor.

That's right, it's got that notch! 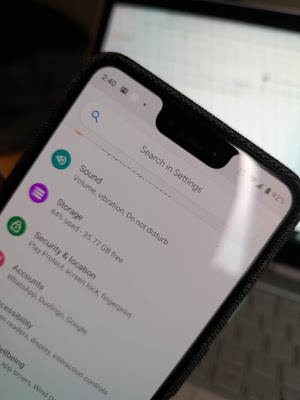 Love it or hate it, it's there.  Really, you don't even notice it after a few moments.  As one reader mentioned (hey +Craig!) - the notch is the same size as the bezels of the 2.


Now, unlike other 'notched' phones in the past, you can't 'turn off' the notch.  With others, there's a setting to turn it off, where it turns off the background on the 'shoulders' of the device.  There is a setting you can find in the developer options, but it shuts it off entirely, no drawing there whatsoever.  So, if you really hate it, I guess you can turn it off, rather than just 'hide'.

The only issue I've run into with the notch, is on some apps that I never really noticed on others is that some of the apps can run into the 'divide'.

Now, I don't recall seeing that issue on other notched phones, so not sure if it's a Pixel thing or an app developer not adapting appropriately.

The display looks the same, but it is improved.  There is no 'black wobble' like there was on the Pixel 2 XL.  It was barely noticeable... but it was there.  There's no trace of it now.

The sound is also boosted over last years.  Somehow, they've built more of a 'resonance' chamber to the speakers, and you get the feeling is coming more from the 'back' of the device than the front.  It's an odd feeling.  It's definitely louder, where even the lowest audio setting it's pretty loud for a quiet room.

Although, it's louder, I have to say it's more 'bassy' than before and almost an 'echo-y' sound to it that can make some sounds harder to hear (maybe I'm just gettin

The device performs admirably, so I guess I better get over my regret of only 4GB of RAM.  I really should get over that snob'ism of needing more.

Speaking of using the RAM, the navigation keys are now fixed at the new gesture style.  There are no back/home/multi buttons anymore.  Just the back (and it'll only show when it's available), the home 'bar'.  To bring up the multitask you swipe upwards to bring up the cards.  Swipe to the right on the bar will get you to quickly to the last opened app.

With the new horizontal cards, you have some options:  you can tap the app logo/icon on the card for specific settings (pinning or app info); AND, you can select any text on the screen now (prior, it seemed you could only do it if it was English-USA).

Awesome!  I love that text selecting feature.  It works on some parts that weren't selectable before.

There are other apps as part of the Pixel stable ... digital health (watching how much you're using your phone), adaptable battery health (monitoring what's draining your battery), there's even a Pixel Tips app I don't recall seeing in others before.

My favourite new feature is the fact that they've made the 'what's playing' feature better by adding in a 'history' for it.  You can even add in a custom shortcut to your home screen so that you can easily access the history.

Kinda cool to be able to have your phone going all the time and just look through what it heard throughout your day. Tapping a result lets you launch the song in Play Music, Youtube, Youtube Music, etc...

There are some features that aren't out yet but soon... like Night Sight on the camera and the call screening.  I'll cover those when they are rolled out.

But, the biggest advantage of the phone, 2 or 3, is the camera.

It's the same camera sensor as the 2, and it scored really high on DxO.  The advantage this year is coupling it with even more AI.

The camera still has it's amazing portrait mode 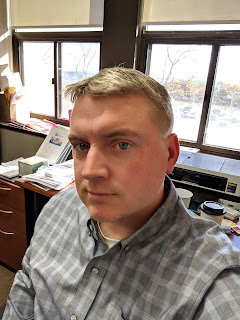 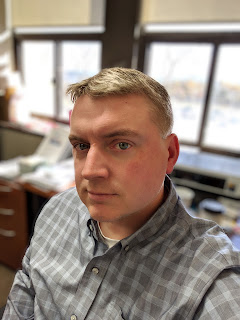 Now, what's nice is that the 'depth' is editable after the fact.  You open up the photos and edit and you can adjust how much effect you want.

There's a Photobooth mode, where if it detects a pose or smile it'll take a picture. 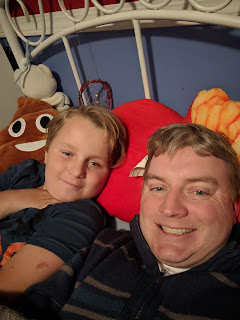 I guess you need to be a selfie person to get excited about that.

I was also really blown away by the digital zoom feature.  Zoom has never been a 'thing' as I always knew that it was really just making your pixels bigger... essentially cropping your photo and then enlarging.  I didn't like it before.

But I have to say, I'm VERY impressed by how it enhances a zoomed in photo to make it as sharp as possible. 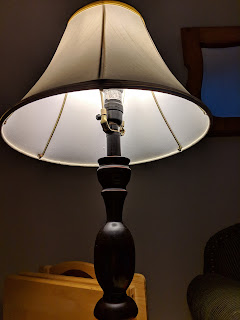 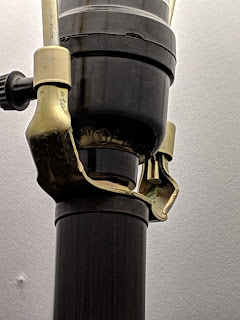 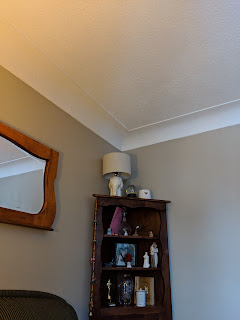 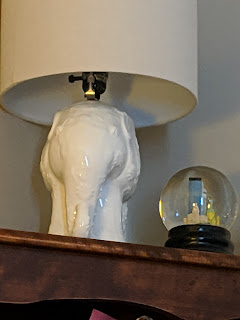 Doesn't ALWAYS work, but when it does, wow.

The photos its turned out are some real amazing stuff.  Just wait until you see my examples of Night Sight.

This is a great camera.  Remember the launch?  They showed that the camera was good enough for several magazines to shoot their covers.

As for performance.  The device is snappier than ever.  Snappier than the P2, but let's chalk that up to the fact that the device has the newer processor.

The battery life is great.  It's a couple percent smaller than the Pixel 2, but seems to last even longer (maybe the OLED vs. P-OLED?).  Plus, the fact it's so easy to plop down on a Qi charger makes picking up a few more percentage throughout the day even better.

At $1130CDN is it right for you?  I think it is.  If you've got the Pixel 2 XL you'll have to weigh out how much you can sell that phone for what you'll pay extra on this.  If you upgrade you'll get:
- better speakers
- first crack at some of the Pixel exclusive apps (but I'm sure eventually the P2XL will get it)
- Qi
- notches
- slightly snappier handling

For me, getting the Qi is definitely worth it.

Why not come try out for #TeamPixel !
Google Phones Pixel 3 XL Review video