Posted by Ryan Moore on October 29, 2018
There's a market out there for those that are using their device as a means for getting work done.  They need it to add appointments, respond to emails, modify contact information.  A real mobile workstation.  Something definitely needed while sitting in the airport lounge killing time but still getting work done.

As much as we do love our virtual keyboards to write up a social media post, or whip up a text, it still gets hard to write out a longer, thoughtful email.

That's what the physical keyboard devices are for.  In recent years there was the KEYone, then more recently the Key2, which was a heck of a good deal for the price.  But even if that was too much, they announced the Key2 LE 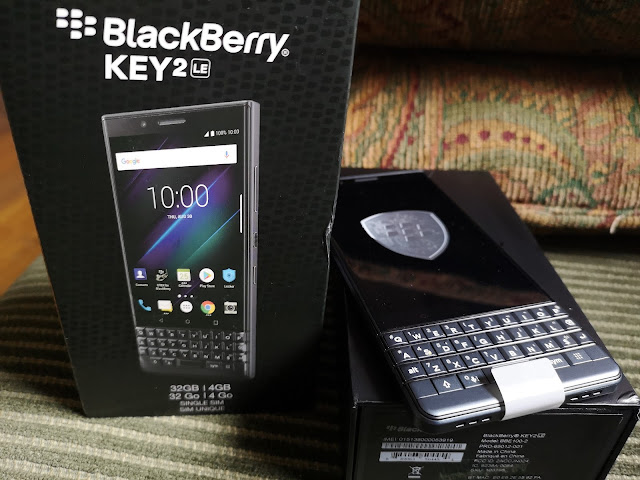 ... or as I say, because I've not heard officially, the 'light edition'. 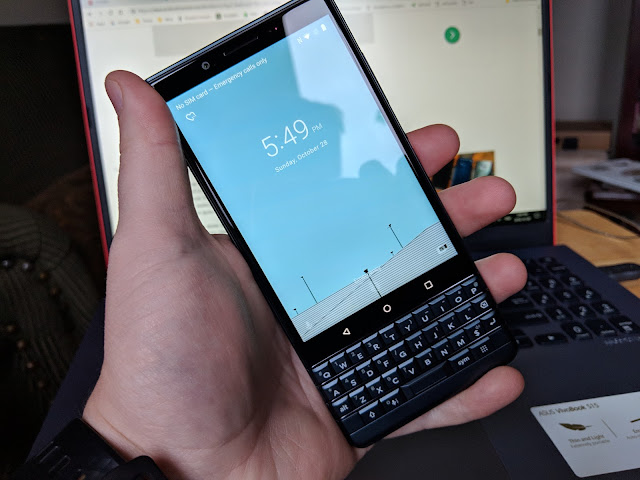 Up first, let's compare the specs of the 2 phones side by side: 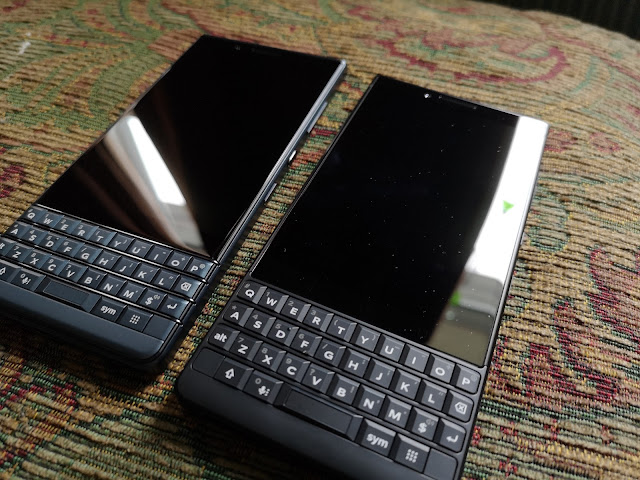 Okay, so the big difference is that you are giving up half the storage, a snappier processor, a few GB of RAM and the secondary rear camera is lowered.  Oh, and the battery is almost 20% less.  Still a lot of power there at 3000mAh of oomph, plus as it's a smaller screen, you still shouldn't see yourself asking for a charger in a given day.

Not a lot that's going to raise eyebrows for most people.  Only 4GB of RAM you may say ... but even the new Google Pixel 3 only has 4GB of RAM.

32GB of storage, it's still enough for most people ... this is not a device for a lot of photos, videos or games.  Plus, there's the SD card if you do need it.

For all intents and purposes, there's not a heck of a lot different between them.  Definitely not what an average user would notice.

Putting them side by side, even a seasoned person might be hard to tell them apart physically. 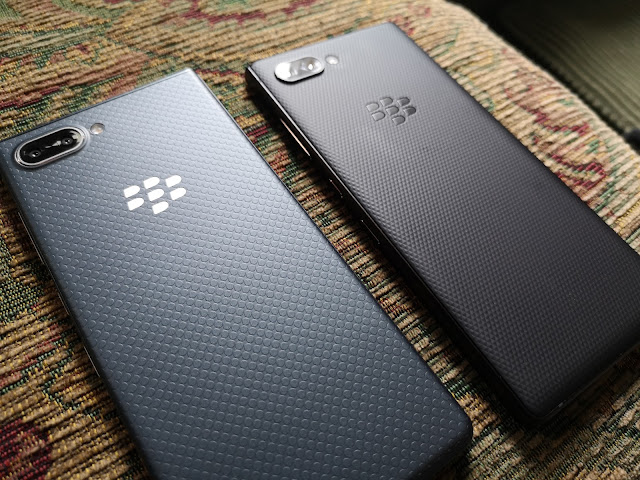 You'll notice there's a slightly different 'chassis' around the phone. The Key2 seems to be built 'around' the guts (blockier case); whereas the Key2 LE has more of a minimal amount of aluminium to cover it.  Really noticeable around the class as it really shows off the 2D glass.  On they Key2 you see some markings on the aluminium in spaces that you don't on the LE.

All the other physical markers are the same. 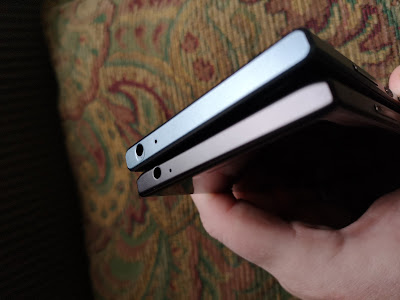 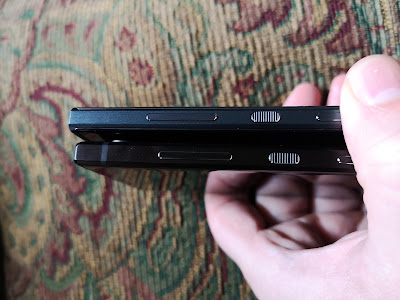 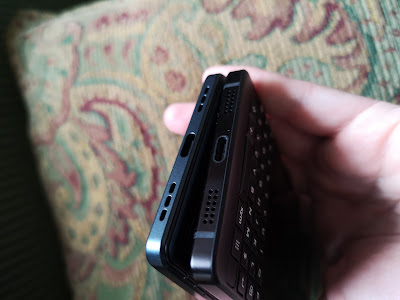 Same buttons (volume, notched power and a customizable action key).  The speaker 'holes' are slightly different, but no difference.

The fingerprint sensor/space button works exactly the same as well.

They feel the same, except the 'texture' on the back of the LE is slightly different too.  The texture is more like little lego circles, instead of on the Key2 where it's like indents.  Still has a good grip.

Most of the software is all there ... so again, I would suggest you look to the review I had on the bigger variant:  https://www.androidcoliseum.com/2018/07/blackberry-key-2-review-sleeker-than-one.html

What isn't there is the nifty 'swipeable' keyboard.  On the Key2 once you start typing you can swipe up on the physical keyboard to accept the suggested word spelling/completion.  On the Key2 you could also swipe left and right on the keyboard to move the cursor, or up and down to scroll.

With the LE that option is gone.  Which is too bad.  But when you shave off almost 40% of the price off something, there's bound to be some sacrifices.

Okay, but that's about the only difference I noticed.

I played a few games on it and didn't notice any real performance difference.  Granted, I didn't try PUBG or Fortnite.

In the end, someone who needs a keyboard for their device (picturing a work device, some corporate deployment) they have to pick between the Key2 or the Key2 LE.  Are the advantages of getting the non-LE variant worth the few hundred dollar differences.

Is having almost 20% more battery, a better wide angle for the secondary rear camera, swipeable keyboard features, more storage and more RAM (which you might not even notice) something you're willing to pay for.

For most people, they probably wouldn't notice the difference.

It would take a discerning user to really want the higher priced variant - for the majority (it is my assumption) this is definitely the option worth choosing, and a great bang for the buck.
Blackberry key2 Key2 LE Phone Review