[Review] Blackberry KEYone - for those that NEED that keyboard! 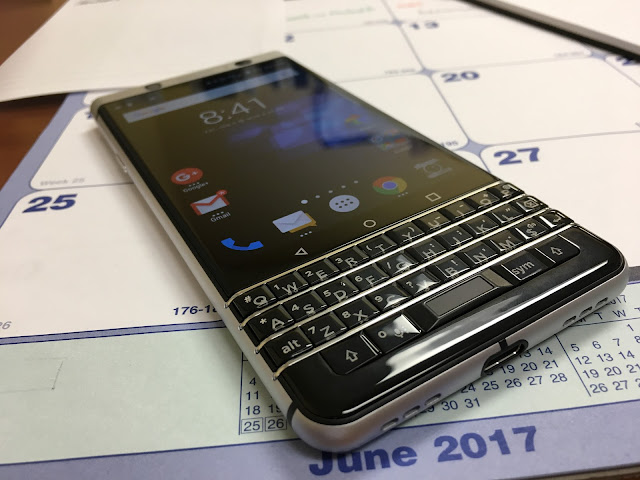 Okay, so I was late to the whole 'smartphone game'.  I had used a flip phone and my Palm Pilot for years while friends jumped on their Blackberries or iPhones.  Lots of my friends had those Pearls.  They were the Moto RAZR of its time.

I never bought in.  I only recently got a Blackberry for work a couple years ago and it got stolen not too long into actually using it, so I never really 'experienced' the Blackberry life.  I started using a virtual keyboard (or had T9) to type away.  I never used a physical keyboard.  Okay, I used a Treo for a bit, but I didn't like it.

Anyhow, I'm not the norm.  Or I was definitely in the minority at the time.  There are a lot of people out there that the physical keyboard was a very missed feature.  And then there's also a lot of people who are also very loyal to the Canadian company of Blackberry.

The new KEYone is the phone for them.  It's a great build of a phone that feels awesome in the hand and has several of the key Blackberry features, like the Hub and other security items .... but best of all it includes a physical keyboard.

But is having the keyboard enough to be YOUR phone?

Okay, for $700 on most carriers (free on 2 year plans), what kind of device are you getting?

So, it's a small screen, and I'll talk about that smallness later, but the display is really nice.  Crisp, detailed with good colour.  No complaints there.


The device is supremely well built.  I love the backing as it is rubberized and the rounded edges just adds to the feel of a solid device.  I can't express how well it feels in the hand, it's the right balance of thickness to height, and the weight is just right as well.  Hold it, and you'll know you're holding a well-built device

There's a headphone jack, USB-C connector it in, power on the left, volume tabs on the right (not my ideal configuration, but it's not bad), and there's a 'convenience button'.  It's on the right side just below the midway line.  I haven't found a specific use for it, for me at least.  But you can have it launch a specific app or action. 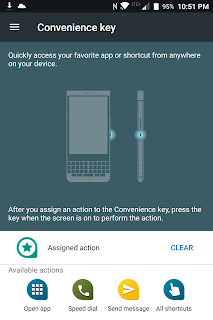 Okay, so let's talk about the keyboard.  It looks like your typical Blackberry keyboard over the years, except there's a hidden secret.

The spacebar is the fingerprint sensor (it even lights up with little lights on the side of the button when you try to wake it up).  And it works pretty well.  You should be able to just tap the spacebar and it'll sense it, wake up, scan the print and the display on. 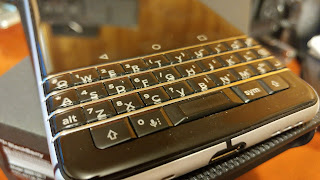 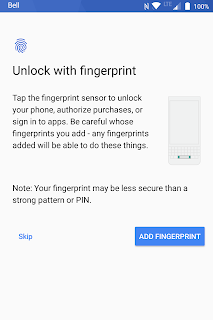 Now, it works well, except often the device might have been in a deeper sleep than I expected and it would need more than just a light brush of my thumb to get it to wake.

The keyboard also holds the extra special secret of acting like the scroll bar, as if you brush your fingers across the keys, left or right, or up or down, it scrolls the display that way.  It really is nice and you get used to doing that a lot.  Except it's not universal it seems, and sometimes it doesn't quite help.  Still a useful feature.

More on the keyboard later. 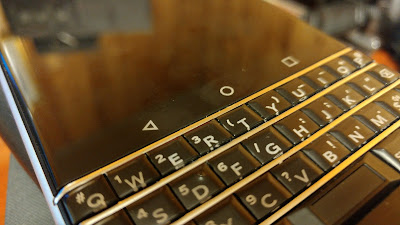 Great build all the way through.  Just don't get me started on the case.


In Blackberry fashion, it has the hub.  A sort of 'catch-all' app for all your notifications for messages and emails etc...  From there you can see the universal list of your things that need responding to, and you can start a new message via email or Twitter, etc...

Personally, I found it redundant, and it didn't last the week.  I would get an email in Gmail and then I'd deal with the notification.  Then the Hub would send me a message saying I had a Gmail to attend to.  It was pretty frustrating and head-scratchy...

So, I disabled it.  I can see folks like my parents not understanding why it is the way it is and just live with it.

When you swipe down the notification shade you'll see an option called "Privacy Shade" which is pretty cool. Tap it and a screen comes over everything on your display except a specific area (and you can move it around etc...).  I guess if you're typing a response to an email, but you don't want nosy people looking over your shoulder and seeing other bits of the email.  It's novel... not sure how 'useful', but it's cool. 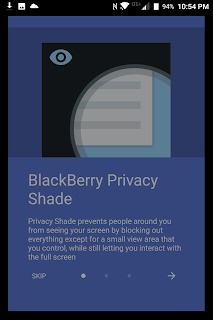 There's also a 'convenience tab', which operates similarly to 'edge panels' on the Galaxy S7/S8 series.  A little 'handle' is seen just at the edge of the display, swipe at it to grab it and bring it over the main screen and you have quick access to your calendar, emails, contacts.  It's not as customisable as edge panels... in fact, here was an update that even removed the tasks features.  It didn't last long for me. 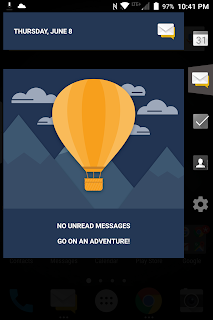 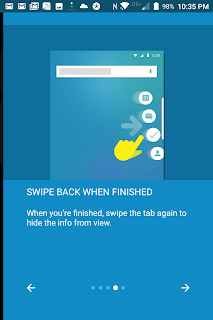 There's their calendar app, which works, but for some reason it only sees my one Google account and not my other 2.

The recents button has a different look (which you can choose) ... just a new way to swap between apps. 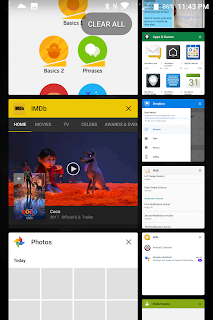 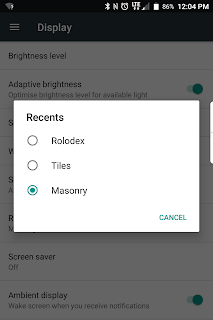 Then there's the keyboard.  The keyboard lets you type away, but there's a tiny bar above the nav buttons (again, just seems odd) of what it suggests and you can tap any of them to save you some extra key clicks.  If the one in the middle is what you want, then you can swipe upwards to select it.  Handy.

Except, sometimes I find that by swiping, or having just a slightly awkward finger positioning/angle that my fingers would hit the nav buttons.  It takes some real getting used to.  If you'd been a BlackBerry user before, you probably will have no issue.  For me, 2 weeks and I still had some issue.

I also found that I typed way slower using the keyboard.

Now, if I want to use a software keyboard (like my favourite, Gboard) I'd have to give up more space on an already smaller screen. Oh well.  This is really a device for the physical keyboard lovers. 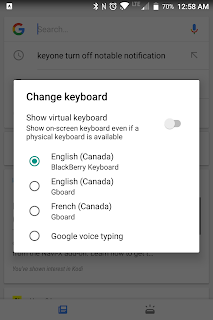 My favourite feature of the device is the 'pop up widget' from the homescreen. 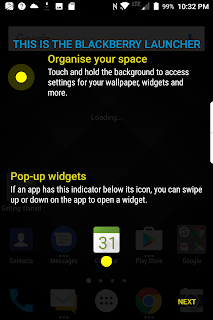 Love this feature actually.  See an icon with some dots below it and just give the icon a bit of a flick upwards and a widget associated with that app will show up (you may have to pick which in some cases).  Maybe that's what causes some of the performance issues I'll talk about later, essentially always having to have a widget ready to pop up.

Outside of that, there are other Blackberry apps that I really didn't get into because I didn't really have a need for it 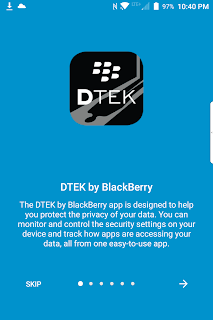 (I didn't really need the security options as this was just my personal device, were this my office phone, then I'd be all over that) 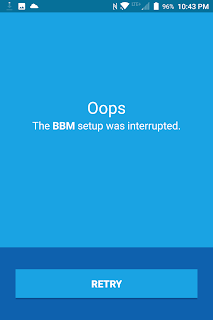 (no matter how much I tried, I couldn't get BBM to work, the app kept having issues)

The software on the camera is pretty basic, which is all it really needs to be.  The photos aren't bad and actually are pretty good.

Low light it had some issues with, but it is low light, you shouldn't expect too much anyways. 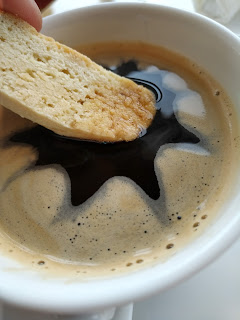 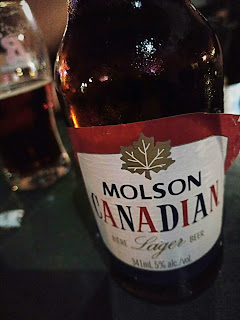 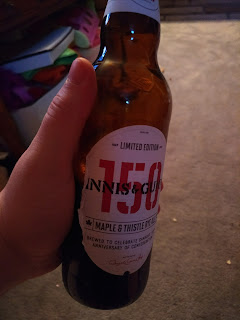 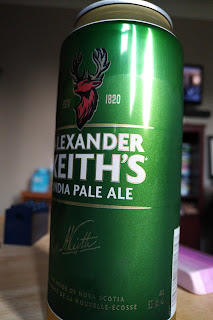 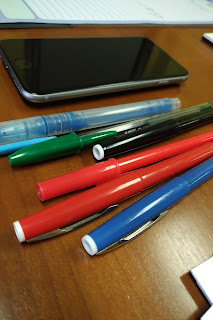 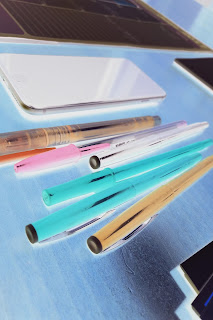 Now, this is the area that I was really let down.

For the majority of things, it was fine.  But I'm a heavy user.  I had 4 google accounts, several social medias and a couple other email accounts ... I bounce around from different apps a lot and I have a few heavy games I like to play.  Add it all together and there was lots of lag, lots of stuttering.

Even apps like Feedly, if I tapped on an article and jumped to read the full then hit the back button to go back to the list, it would 'restart' the app with the splash screen.

On recommendation from +Rob Blaich over at +Eh! For Android I disabled the Hub (I found it mostly redundant anyway).  It helped a little, but overall, not that much. 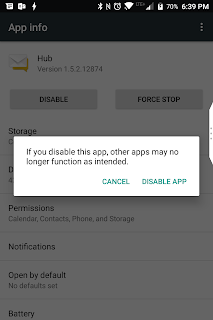 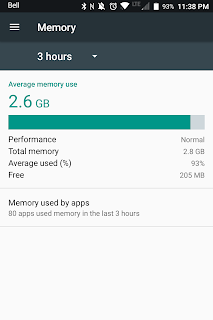 Consistently the device would be in the 90%+ area of RAM usage (not that that's a real indicator of performance slowdown).

Now, where it did shine was the battery.  3505mAh of juice, on a smaller screen and it just lasts.

By my estimation, the device has been lasting about 20 hours of usage with about 4-4.5 hours of screen time.


Speaking of battery, the device does have QuickCharge and when you plug it in you're met with the option to either have it in 'charge only' mode or 'boost' mode.  "Charge only" does just that, charges the device.  Boost gets it to shut a few things on to the back burner while it charges, meaning it'll charge even faster. 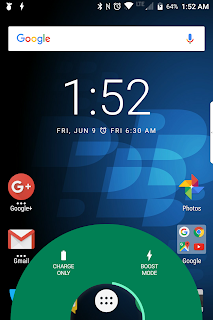 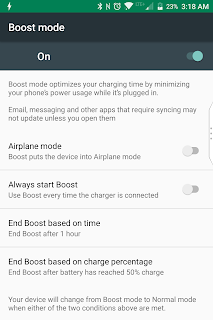 For a device that's $700 it feels amazing, it feels like a flagship. The device lasts longer than your typical day.  Just using it during that day (for me at least) can be a bit on the frustrating side.  But remember, I'm a heavier user, I need the bleeding edge flagship.  Could I use this for my work device?  Absolutely, emails, calendar appointments, typing out a spreadsheet... it'll be just fine.  But as I really push my device with games, social media accounts, multiple accounts syncing for calendars, emails, contacts etc... and lots of swapping back and forth, the memory management tired out fairly easily.

For $700 there have been other phones that perform better, but then again, for those that turned their eyes towards this, the key factor wasn't the performance, it's that keyboard.  Is it worth the sacrifice of some performance for that keyboard?  That's up to you to decide.  For me, the keyboard is the main reason I wouldn't get this device.  Performance issues aside, I'm not used to a physical keyboard so it's not something I would want to go after from the outset.  You could put the top end processor in there and I still wouldn't want to use it.

But that's me... I know plenty of people who HUNGER for the keyboard and for those people this will be a great device.
Blackberry KEYone Phone Review