BlackBerry Key 2 review - sleeker than the one

Posted by Ryan Moore on July 15, 2018
There's a saying when we talk about 'why Android' lately - be together, not the same.

My interpretation is that because of the openness of Android, whatever you're looking for in your device, you can find it.

There's still a strong loyal following for a device that has a keyboard.  For those that are so used to having the physical keyboard, there are not a lot of choices.  And for Android, there's like ... well, now 2 (at least that I know of).

Last year there was the BlackBerry KEYone.  It fulfilled a purpose, but I had a hard time falling in love with it.  Not just because of the keyboard, that aside there was a feeling of 'klunkyness' to it.  BlackBerry software imbued throughout I found it a little underpowered.

Like most people say, the sequel is always better.  Or is it "not as good"... I forget.  In this case, this Key2 is definitely a marked improvement over the original. 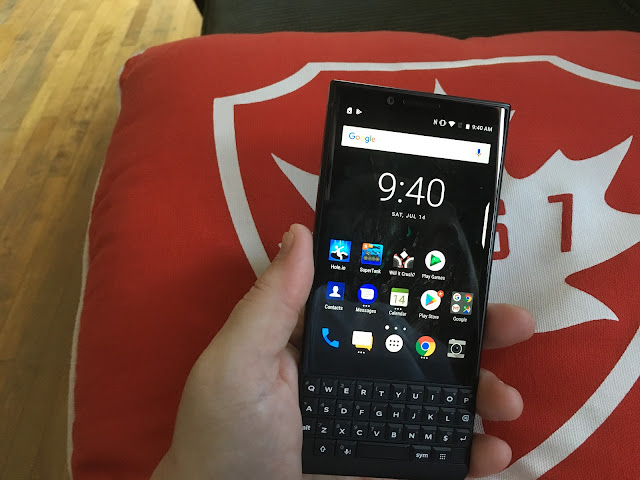 The device runs at $875CDN at most carriers, only $100 on plans, so it's priced well below most flagships out there, but chances are if you're looking for a flagship, you're not looking at this anyways.  You want this because of the keyboard... or perhaps the BlackBerry software.  What does that get you?

So, definitely not a 'flagship', but there are a couple nice things to see in there.  First up the 6GB of RAM is wholly promising.  My Pixel 2 doesn't have 6GB... the LG G7 doesn't have 6 either and both of them scream fast.  This will definitely bode well for the sluggishness that last year's model had.

Again, I'm reminded that this is for those customers that prefer to sacrifice some of the other features to have the hardware of a keyboard.

We'll get to that keyboard in a second.

First up, let's talk about the build of the device.  If you had used the original, you'll remember it was a bit of a bulky device with almost cylindrical sides. 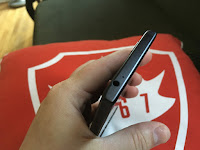 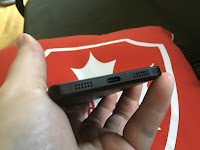 It still has the headphone jack (and there are headphones in the box) and it has dual speakers (but not stereo) on the bottom.

Looking around the device you'll find a series of 3 buttons on the right hand side.

Volume at the top, power in the middle (but still in a fairly comfortable location) and then a 'convenience key'. 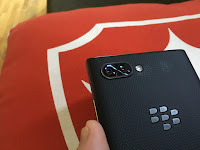 Then there's the new dual lens feature for the rear camera

More on those features in a bit.

First up,  we need to talk about the keyboard - it's THE reason anyone is looking at picking this device up, no?

So how is it different than the first?  The keys themself seem a little sleeker, not as raised for the ridges like the first.

Similar to the original the space bar is still our fingerprint sensor. 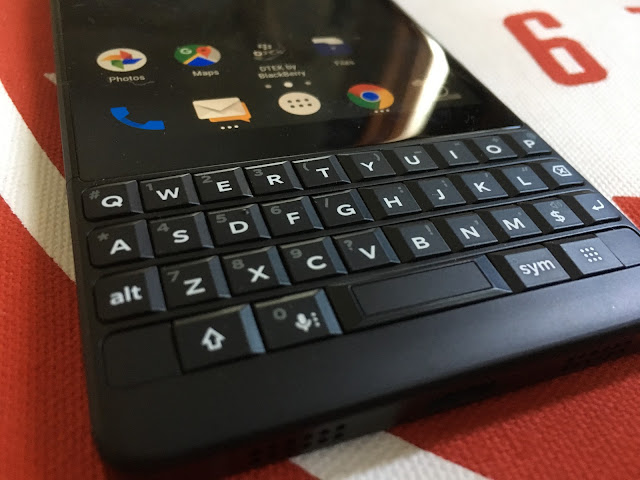 It feels slick to type on it, but ... awkward for me.  I'm not used to using a physical keyboard like this.

Also, I thought there was swiping feature to bang out the letters.  I can't seem to find that feature in the software but swiping left or right moves the cursor.  Swiping up and down is used as a scroll wheel.

That was really useful, I kinda liked that.

There's still the 'flick typing' where as you type the suggestions for what word you're meaning, or what should come next are located on the screen just above the keyboard.  Swiping upwards just under that word will select it. 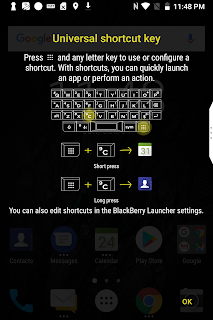 There's also a new key on the keyboard, next to the 'symbol' key and it looks like 9 dots in a box formation.

This is the 'speed key'.  The idea is that holding it down and pressing another key acts like a hot key or macro to launch another app.

The keyboard comes loaded with features.

But what else does this come with?

The button on the side of the device is the 'convenience key' which you can assign to a specific app. 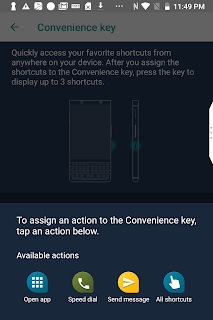 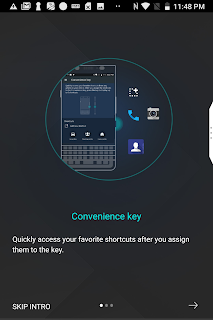 There's also all the typical BlackBerry software in there (hub, productivity tab, et. al...) I didn't play with those as much.

The convenience task, I don't remember there being a widget area in the past 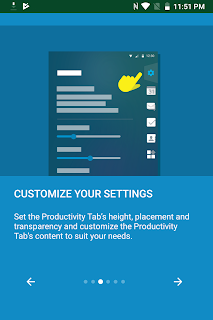 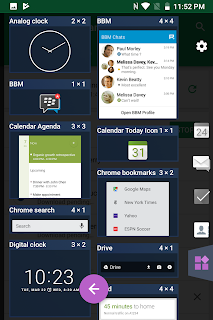 One I did start to play with was their new privacy shade, which we saw in the previous version, but they've cranked it up to 11 this time around, giving it more options. 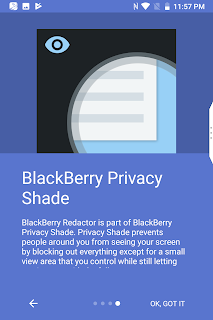 Then there's the redacted mode, which I don't recall ... essentially think of it like being able to screenshot and cover up bits of the screen, but in a more professional way of doing it. 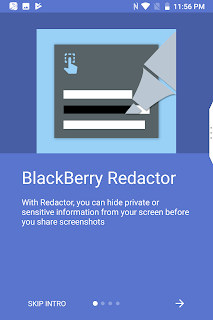 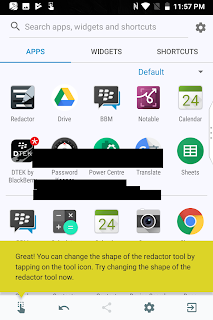 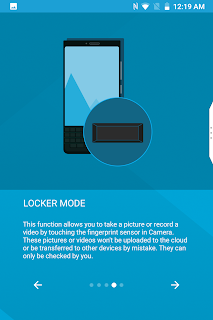 There's also the locker mode, which they had last year.  Essentially, load up the camera and instead of using the volume key or tapping the camera button, if you use the fingerprint sensor you take pictures that go to a 'secret' area of your gallery.

Wonder what kind of photos and videos people took on their Blackberries that they eventually needed a whole feature for it.

Okay, speaking of camera, let's get to the new camera feature. 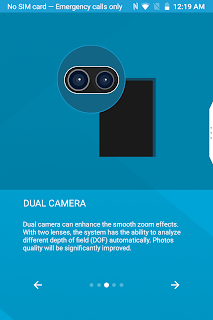 Essentially, 2 lenses on the back of the camera to allow for some neat tricks like depth of field or just for slight changes in zoom length.

BlackBerry has never really been known for their amazing camera quality ... and well, this model doesn't really stand out either.

It's good, but it's not going to be something that makes me go "awesome".  It does the job.

Like most of the phone and its features, it's more utilitarian than anything.

And I think that's the theme of a BlackBerry, it's meant to get the job done.  Type out an email, take a picture, etc...

It'll do all that.

And with the 6GB of RAM I've found that it did what I used it for much more fluid than the past model.   It really is noticeably faster.

Also, it'll be able to be used for much longer periods of time, that 3500mAh battery will last almost 2 days of use.

Personally, it's not for me... (I got annoyed trying to play some games in landscape mode with the keyboard like a grip) but if you need a keyboard it has more than enough chops to handle whatever you want to throw at it.  And it'll do it for much less than buying a flagship and a keyboard accessory.
Blackberry key2 Phone Review