Posted by Ryan Moore on January 25, 2020
Okay, so last year I had reviewed probably the most amazing set of headphones, the AIAIAI TMA-2 modular set.

When I reviewed it I made mention that the Vol+ button was a little 'soft'.

Well, over time it's like the button has just been depressed full and stays there.  The downside is that it's the thing that turns it off.  It got to the point that I would power it on with the middle button and then start walking and because the Vol+ was constantly in a state of being pressed it would just shut off.

It was intermittent but consistent enough with the annoying that I contacted them about it.  They said they would replace it right away.

Now, to send me the pair initially, it took about 2-3 weeks to receive from Germany.

The replacement came in 2 days.  Talk about customer service.  So, a great set of headphones just got even BETTER because now I know they have your back.

Taking the speakers off of the band requires a bit of a solid tug.  You think it's not going to go or it's going to ruin it, but it does just come off.  Putting it back on was about the same.

To amp it up a bit too, they sent me the E04 ear pads.  I had the E08, which had memory foam and a micro fibre material.  The E04 are similar but with a leather material.  The leather helps seal on your ears and isolate the sound (making the bass a little stronger. 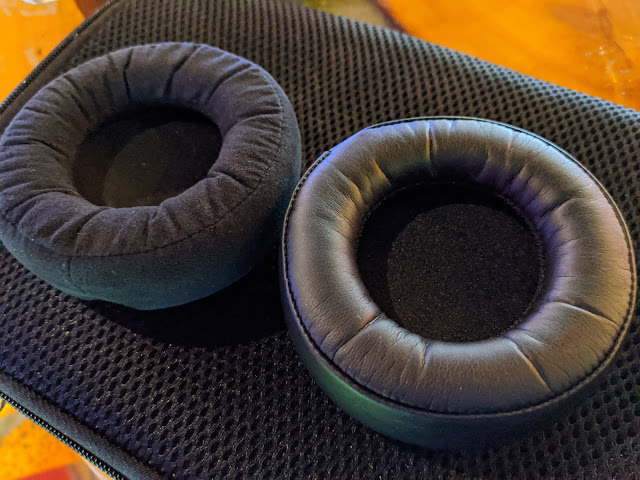 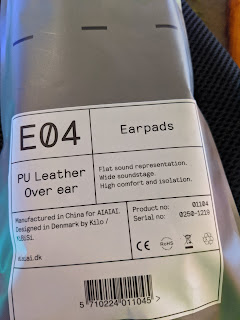 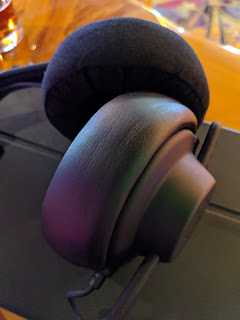 It definitely makes for a more 'encompassing' sound.