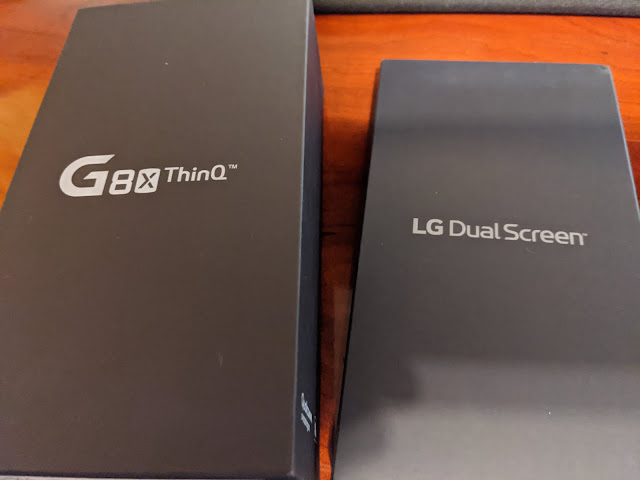 I really like unique things.  I'm kind of that early adopter.  I see the weird, and the novel, and say 'cool, I could see how that is neat' - there's also the head-turning factor I like.

Things like Google Glass, I loved it.  Then there's the new phenomenon of these foldable screens.  They're refreshing - but how practical.  As we've seen with the Samsung situation, maybe not as good as it could be.

Let's dial back the risk and look at having similar functionality of a slightly larger screen with only one device.  Introduce the LG G8X ThinQ Dual Screen device.  A case, that simulates a second screen. 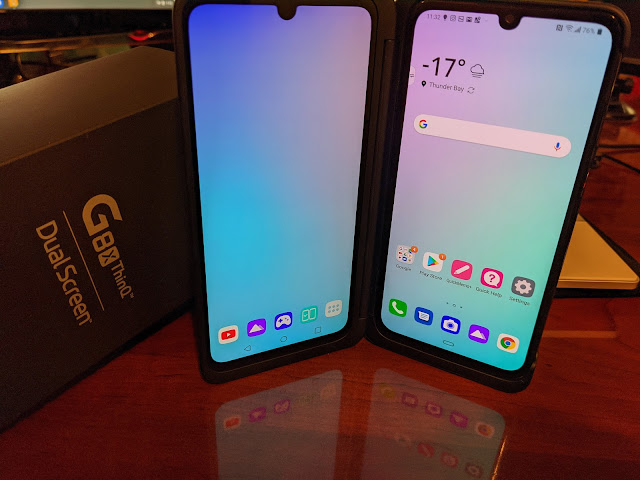 We've not really seen this with Android before.  Samsung has had DeX and dual screening gets a little complicated in that sense.  But this is almost ... different.

The LG G8X is pretty much the same as the LG G8 with a few exceptions.  So if you're thinking of the G8 anyways, ... you might be interested in this instead to have as a unique accessory.

So the italicized parts are where you would see a reduction in specs.  It's a bigger display, but not QuadHD.  The wide-angle camera is slightly downed... the selfie camera is hella upped with 32MP but the specs are reduced a fair bit.

Would you notice?  Hard to say.

Performance-wise it'll be identical to the other, and battery life, not only is it a bigger battery, but you also have a lower resolution, so it should last longer.

In terms of LG specific UI features, there's not a lot of new in there we haven't seen in past LG devices like the G7, and I do like LG's customizations.  I wrote before, and I'll say it again, it's the right amount of 'comfort' with LG.  Maybe it's because I was such a fan of theirs for so long.

Having been a Pixel user heavily for the past few years, there's still some adjustment period to the LG again, but it's not at all a difficult period to get over.  Good performance, good battery, good pictures. 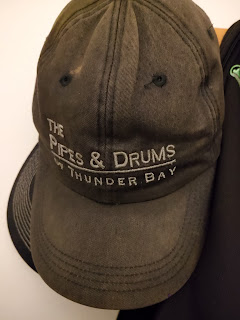 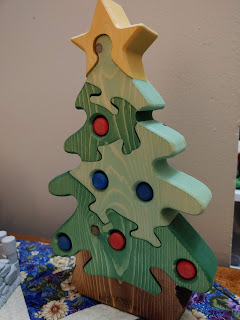 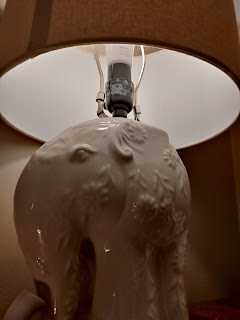 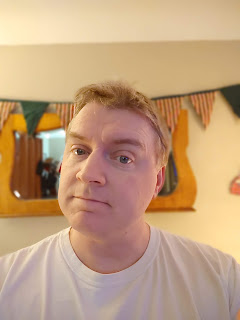 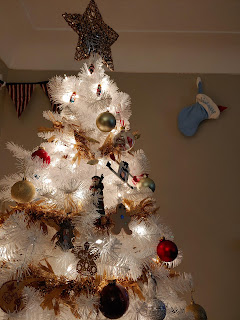 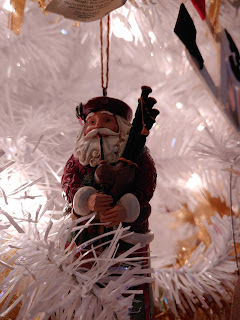 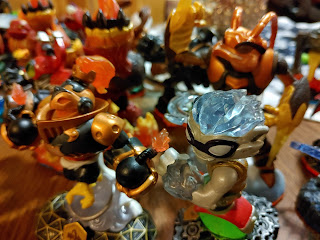 (for those of you keeping score, the LG G8 rates a 99 on DxOMark)

One of the new things from the G7 the G8 has adopted is an in-display fingerprint sensor, and I have to admit, it's about the worst of the bunches I've seen yet.  GS10, Note 10, P30 Pro ... this was about the slowest response and worst detection rate of them.

There are 2 other features I hadn't seen before on LG.

First up is the inclusion of ... well, it's not their own browser, but a browser in there called Naver Whale Browser.  Don't know what that is, and don't know why it's in there.

I guess it's a specifically tooled dual screen browser.  I guess maybe because you can't run 2 instances of Chrome?  Never tried.

The other is the option to use the phone as a Wi-Fi repeater for your router.

Noticed it show up as a notification.

I guess it can be useful if your phone is just at the edge... but not sure how much better it'd be.

But let's get to the real reason we want to look at this device.

Okay, so you plop the device into the case ... and immediately you're going to see the issue.  It has to rest itself on a USB-C plug.  Okay, I'd seen this before with the ZeroLemon case. 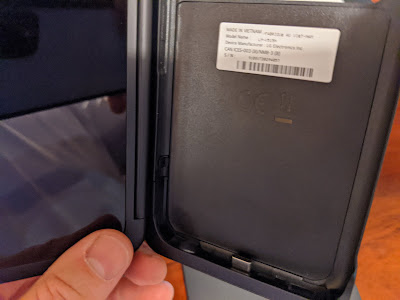 Except here, there isn't a USB-C port on the outside.  Instead, we have a weird POGO pin style connector.  In the box there is a USB-C adapter to that pin... it sticks on with a strong magnet, but ... why?

Put that aside for later.

The outside of the case, looks like it might the front is all display, but no.. just the top portion is that 'always on' kinda LCD. 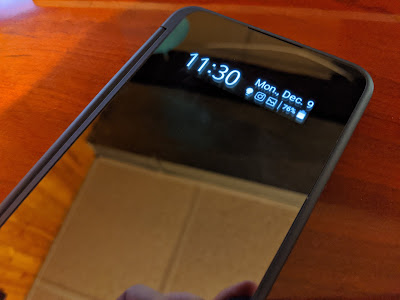 The back of the case has a big wide-open window for the cameras. 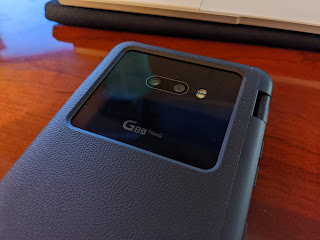 Hinge the phone open and you have a screen on the left, and one on the right... which is the real deal?  Well, the right, you'll see the notch has a little camera in it... so it's the 'phone'.  The left just makes itself look like the right.  Except they do differentiate with 'main' and secondary.  Main has your homescreen and secondary has things like your app tray or your game mode. 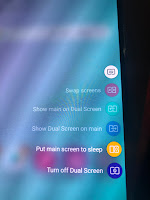 It can get a bit confusing - and you sometimes have to think of them almost as 2 independent screens, but on the edge of the display, you can sometimes see a little bubble with ⇋ and that controls your options for the secondary display.  Swap displays, or turn it off.

Sometimes, some apps have a 'wide' mode, where you can have the display stretch over both displays.  It's a little odd with the 'spine' in the way.

There are some LG apps, like the gallery where they have a 'multi-screen' button.  Tap it and the list of photos stays on one screen and the picture display goes on the other. 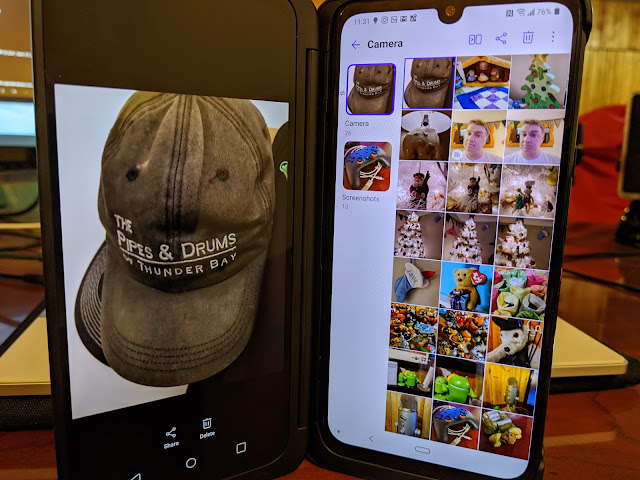 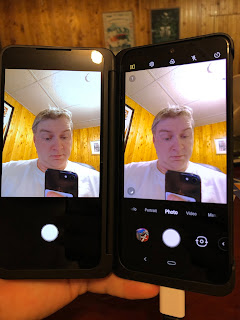 Taking a picture with the second screen you can use either to view and snap.

Mostly, you're going to use it for multi-tasking.  Bringing up your email and social media, or a text message with maps, etc... something where it tends to be easier to just see them both rather than 'alt-tab' back and forth.  Trust me, it's easier.

Still... I find those cases fewer and farther between to warrant really having to have this extra bulk.  Because it is extra bulk.  You really feel that in your pocket.  Plus the buttons now feel 'further back' to get at, and if you have it opened book style, finding the volume rocker is a bit of a feeling around challenge.

The big plus to the second screen comes most likely in gaming.  My kid has been big on his Nintendo 3DS again (something about Pokemon nuzzlock challenge?) and this can kind of emulate that. 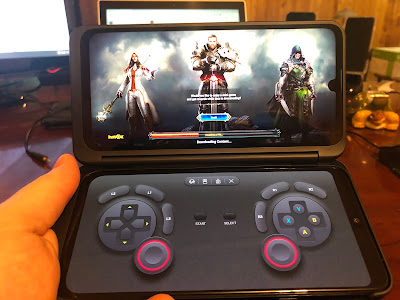 Except... it's sometimes not as easy as that, you might have to find out how to swap displays, or you have it right, but the game is upside down (funnily enough LG has a 'rotate' button on the gamepad, they must have seen that issue). 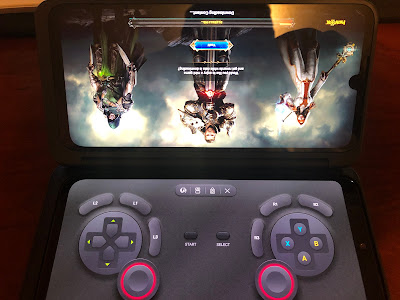 The gamepad can be a standard game controller, a racing-style wheel or even an arcade-style.  Thing is, the game dev must implement the controller features in order for it to work. 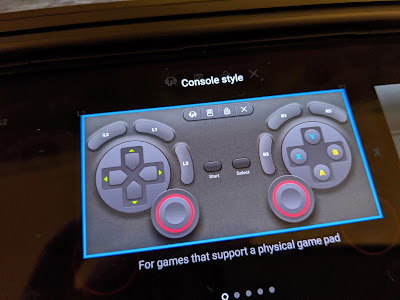 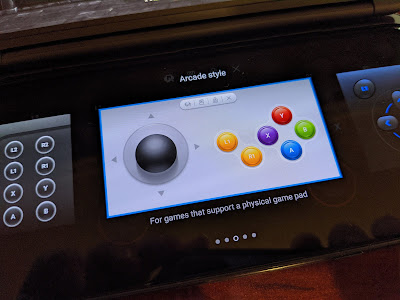 In the end, it can be frustrating and even after a week of trying I still get turned around (literally) about which way it's to be held and whatnot.  I prefer the 'phone' being the gamepad... it's thicker and feels better in the hand.

Overall... it's a neat, novel innovation.  We haven't had something like this before (there is that 'castAway' case) so it's neat to see LG try.  Unfortunately, I think this is going to fall flat.  The software could be fixed, but in my mind, there are 2 really big killers of this.

First off is the unique adapter.  I'm going to lose that thing. 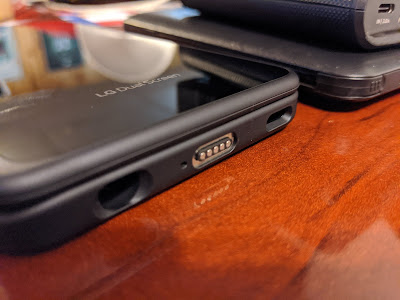 Why couldn't they use just USB-C? 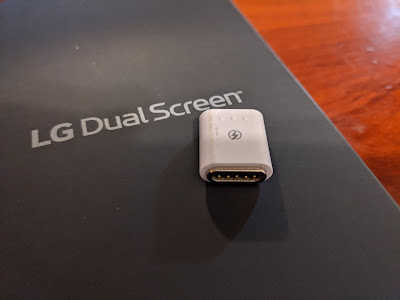 Plus, if the cord that's plugged into the adapter that's magnetically holding onto those pogo pins is slightly overhanging ... it'll pull off the magnet and lose connection. 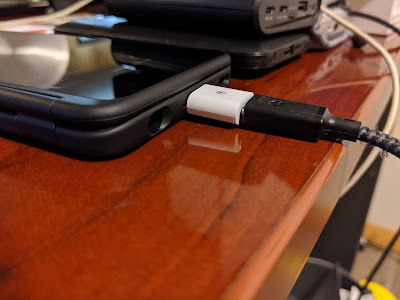 Second .. and maybe this is just me.  But mostly I charge my devices my Qi these days.  So, big whoop about a dongle... just plunk it on the Qi pad, right?  Well, this case kills the Qi ... well, it can work through, but it's a little trickier to get just right.  PITA

(a bonus 3rd is the number of times I've closed the case and because of the way I'm cradling the whole thing in one hand, I end up pinching my pinkie finger in the hinge)


Maybe it's just me.  It's a cool idea.  I like the concept, but actually riding with it is still a little hard to take.  You could just take the phone out for the day ('cuz it's pretty large in your pocket) and leave the case as a 'when I'm at home' option - but that feels like a bit of a missed opportunity then.