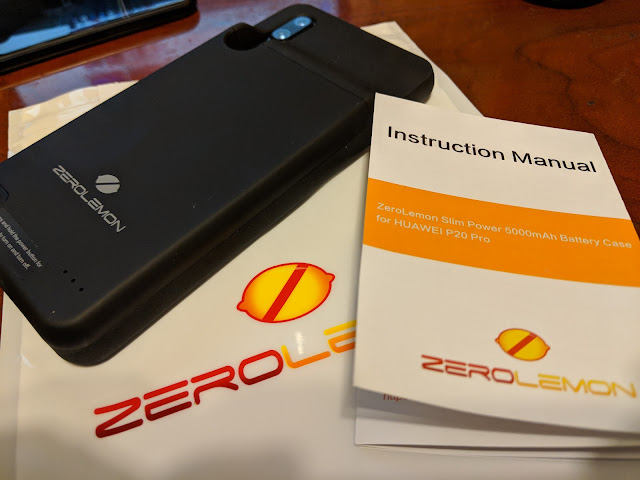 Back when I reviewed the Huawei P20 Pro I gave the device's battery some good longevity (saying it should be about 50 hours of use), and then again when I had it go head to head against the Pixel 2 XL I again remarked how its battery made anything else seem tiny.

As if the battery needed to be any bigger, ZeroLemon has a case that has an extra 5000mAh (so more than doubles the current battery of 4000mAh).  Typically, this case is $80USD, but it's on sale right now (at time of writing) for $40, which is a heck of a steal.

So, the case itself is heavy, but not so big.  Definitely smaller than some of the 5000mAh external batteries I've had in the past. 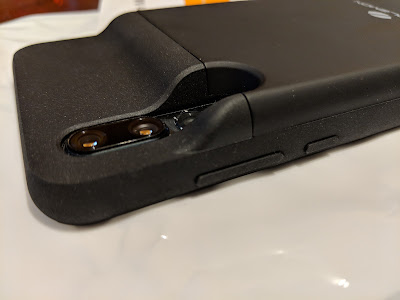 You have to bend back the top end of the case and slide in the phone so it goes in parallel (and not at an angle) as it has a USB-C plug at the bottom for it to sit on and charge the internal battery. 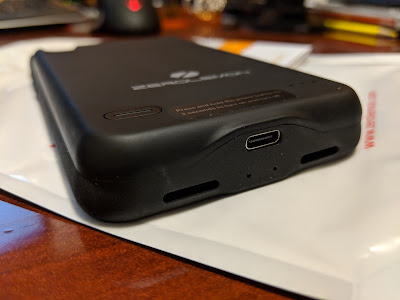 The case isn't heavy, and has a nice texture to it so it has some good grip.

There's a USB-C plug in the bottom of the case, and surprisingly it doesn't really look any bigger than the phone itself (for adding to the chin).

The camera, nor the NFC are affected by the case that I could see, so that's also a plus.

Now, charging the case back up is similar to the Moto mods where it charges the case and if enough juice can charge the phone at the same time. That being said, it'll take a lot to really drain this phone/case combo.  Also, the case isn't fast charging compatible (either giving or receiving)... again, not that it matters because you'll never run it down so low.

I do wish that the front end of it had a slightly bigger lip, so that if I put it face down it would rest on the lip and not the screen.  It's so close I can't really tell what's resting.

The big annoyance with it is the getting the thing on.  With the older ones from ZeroLemon it was a few stage process with outer rims and whatnot, but for this, it's nice it's just one piece.  But one piece does pose a difficulty of slipping it on.  Luckily, you only really need to do it once and then it's done and on.

At $40USD it's an amazing deal to make a fantastic battery last even longer.  Currently, it's a 'pre-order', but shipping is 2 weeks