Shattered - PSA for your P30 Pro

I've had smartphones forever it feels like.  Even had old Palm Pilots.  They are fragile things.

I recall my first 'break'.  My original Gameboy.  I had it in a bag I carried to school and when I slipped, even though I had it placed securely in the bag, it still cracked the screen.  I vowed to be careful ever since.

Then there was my Palm Pilot 3.  I had lost it and someone found it in a parking lot a few days later run over.  I had another Palm Pilot T3 that I mistakenly forgot was in my top pocket when I leaned into the back hatch of my vehicle and crushed it.  So much for my vow, but I tried hard.

I've never had another screen crack since.  Sure, I've had a clumsy moment or 2, but I've always double checked which pocket it went into to make sure it was snug.  Checked that I never put it into a pocket with keys etc...

Recently, I showed you how the P30 Pro developed some scratches.  I thought the iPhone developed scars too easily.  But that's nothing compared to this phone.

Then the unthinkable happened. 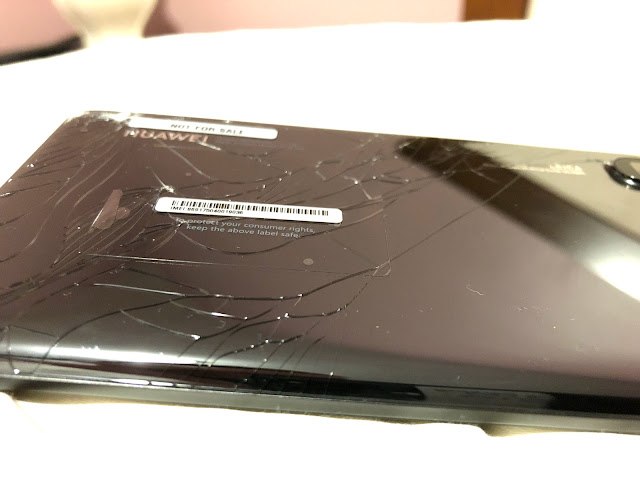 I don't know how to explain it.  We had gone out to the movie theatre.  The phone sat in my pocket for all of the 3 hours of Endgame in a somewhat comfortable chair, and the phone stayed still.

We went to a restaurant after and getting out of the car after a few moments of driving and I heard a 'clack'.

The phone had somehow slipped out of my pocket to land on the ground.

I've heard stories of people who this happened to and customarily dismissed them to say, won't happen to me.  But the utter shock and immediate anger about it hit me instantly.  I think my son heard some new words. 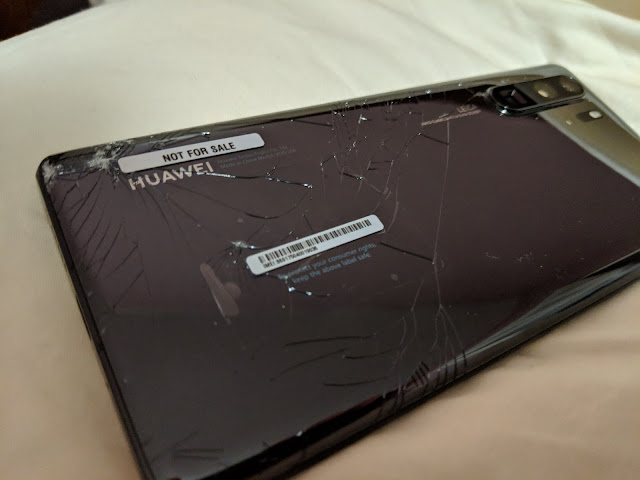 I'd have a video up, but I'm currently dealing with a terrible cold/allergy thing going around so you'd wouldn't be able to hear my voice.

When I had the P20 Pro, I recommended it to a few friends and one showed me within a week it had a similar crack.

When I showed my scars of the P30 on my site another friend said hers had already sustained massive damage and cracking.

There's got to be something about device's glass.  It can't be coincidental that I have several anecdotal stories come out about this.  The device site - or anywhere, for that matter - does not say what type of glass it has.  Whether it's Gorilla Glass in any of its variations.  By not saying it is, we can assume it's not.

Because it's not, I think you're going to see that more devices have this issue throughout its tenure.  I hope that's not the case.

Speaking of case ... there should be one in the box when you get it.  USE IT.  It might have saved my device.  The extra traction could have held it firmly in my pocket, maybe the impact would have been lessened enough.

I didn't get one in my box and was looking up cases and screen protectors... I just don't have the time as a reviewer to wait for them to appear before I need to get my review done.

Speaking of my review - this was (still is, I guess) a near perfect phone.  I'll have my review up and ready soon, and you'll see why I love it, and makes this accident all the more painful.
Glass huawei Opinion P30 Pro Phone shatter