Posted by Ryan Moore on February 18, 2019
So, we told you how Fortnite had an update to now allow mobile players to use controllers - and we're looking for the right controller.

Right now we're playing with the Matricom XYBA gamepad - which runs about $25CDN on Amazon.ca.  Like that's pretty inexpensive, but is it the right one for you? 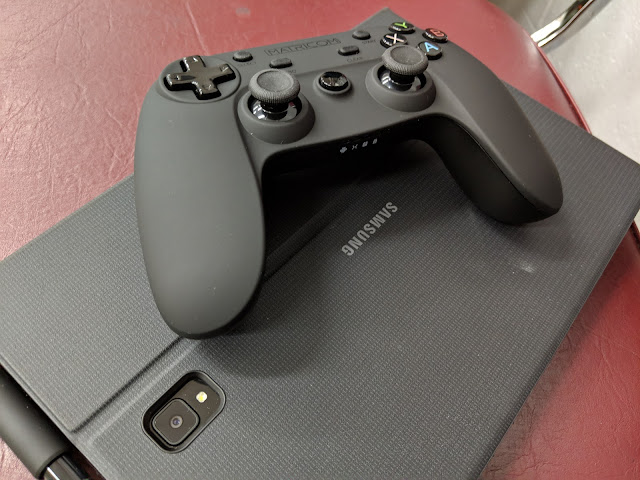 To start off, here's a bit of a longer video of me using it on a couple of different games (sorry, the loading times in the games were what makes it longer).


Now, for the $25CDN you'll get a standard Playstation style layout of a controller.  I prefer having the analog controllers below... just my opinion. 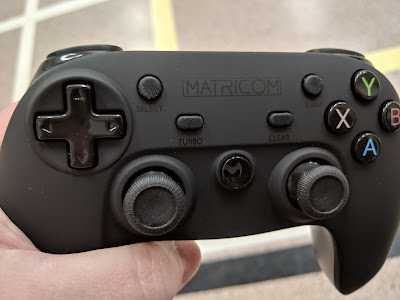 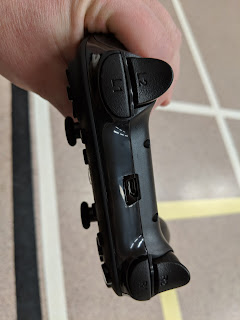 It charges via microUSB and should take about 2-3 hours to charge.  It is apparently rated at 600mAh (funny they just say 600mA, not mAh in the manual) which says on various sites "good for hours" - it doesn't say how many hours, though.

I've used it for a couple hours throughout various game play and testing and hasn't shown any issues yet.

The charger is on the top of the device which also makes it easy for when you want to 'hard line' it into your computer so you can use it there.  I didn't do that because my computer is really old.

The top of the device has a thin rubbery surface to help with grip and works just fine.  Definitely noticeable compared to the underside which is the standard hard plastic.  That you can feel getting slippery after some use.

On the bottom of the controller you can see the various modes you can set it into ... Android, X mode (not really sure what that is) and a mouse method.  The last is the light up for the charging (my bad I said on the video...).  It'll blink when it's getting low, and I haven't seen it do that yet. 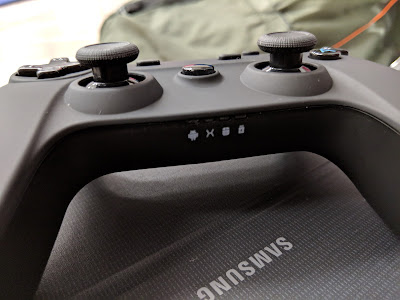 Now the trick for any game pad is to find the right game to use it with.  There are a lot to choose from.  I tried a few that were closer to my preference.

Funny how some of the games actually don't work with ANY controller. 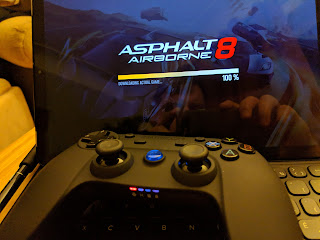 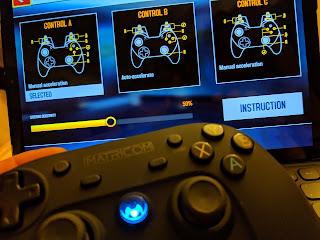 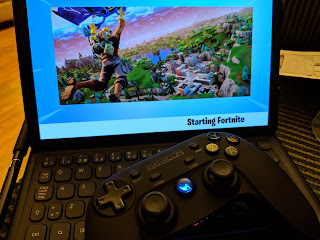 I tried several games and had no issue with any of the ones that the developer enabled being able to use the controller.

Only issue I had was myself ... I'm just not used in some games needing such fine precision control and using my thumb to do it.  I guess I can play with the in-game settings.

Otherwise, this is a heck of a bargain for the right controller.