Posted by Ryan Moore on December 31, 2018
Okay, It's hard to write these reviews out on each subsequent new flagship device and have a sense of hyperbole.  Every new device seems better than the last, so it's hard not to say this is the slickest device ... it's the latest, most up to date, so it will always appear that way.

But really, this Mate 20 Pro really was wicked and blew my socks off.  The Huawei P20 Pro was a great phone, but it wasn't enough to take my Pixel 3 out of my hands.  It had all the right features, but there was something a little 'unrefined' about it.  So the when the Mate 20 Pro came out I expected something cool, but I guess I'm still living in the glow of the Pixel. 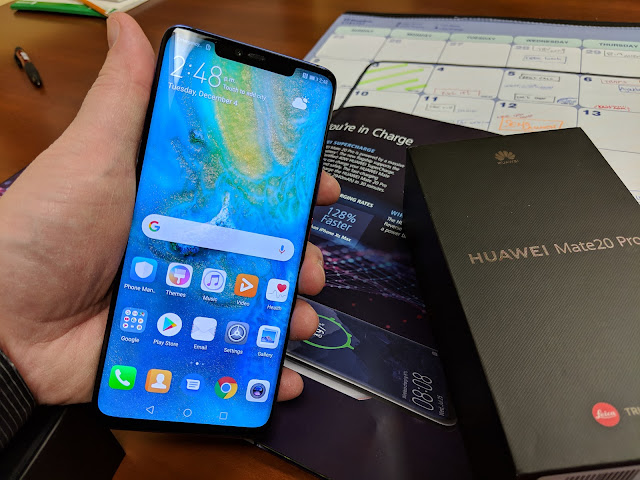 Then I got it.  And it's like I had forgotten everything there was to know about this phone.

It was nothing short of ... awesome.  It takes every cool thing that the P20 Pro had and then kicks it up several notches.

The short version of this review is that compared to the P20 Pro it has the same storage, same 6GB of RAM, same camera ... but they bump it up.  Slightly sleeker notch, bigger screen, higher resolution, and ... my favourite, the pièce de résistance, a fingerprint sensor that is UNDER THE FREAKING GLASS DISPLAY!!

Do mind, that this is no cheap phone.  Up there with the Note, this is a $1300 phone (even though it is currently free at Bell on a new plan).  So, with that cost in mind, deciding if it's something you should have in your pocket is going to take some deliberation.  Let's get on with the review!

Okay, I guess I should address the elephant in the room.  Huawei ... Canada.

It's really hard to mention those 2 things in the same sentence these days.  I've mentioned to several folks that I'm reviewing and very impressed by this device and they've all did 'teeth suck' sound when I mentioned the name Huawei.

I don't want to get into it ... I'm not really all that well versed in the true ins and outs of the whole story to really weigh in.  That said, I believe it's all a political thing, and well, I think politics has a way of sorting itself out in the end.  We shouldn't suffer tech because of it... I hope.

Anyways, just know there's some controversy lately to go on with the brand, and be prepared for people to say that (I can only imagine what the folks at the phone stores must get).  Most of the people who'll make the sound when you say the name probably have no real idea of the story that's happening, but just hear headlines... just be prepared.

Let's get on with the review.


So, the features I liked in the P20, but you get a beefed up processor.  A wide angle on the rear shooter, ability for a memory card a few more mAh in the battery and extra rating for IP and then Qi

But it's not just the hardware that's been upgraded.  There are little bits with the software that are also upgraded from the P20 Pro.  But let's get to those in a bit.

Let's first talk about some of the physical differences.

First, you'll notice it has curved edges, akin to the Galaxy S* edge devices.  Kinda cool to watch it 'roll' over the edge as you scroll around.

There's no discernable speaker on the device ... well there's the earpiece, but nothing on the bottom... as it turns out it is somewhere 'inside' ... I believe it's within or near the USB port because if you put your finger on it, it really mutes it.

Where the speaker used to be, they've put the SIM tray, and another 'upgrade' over the P20 is that the tray can house a proprietary NanoMemory card.  128GB should be enough for for most people, but at least now you have the option.

There's no fingerprint since 'button' on it ... and this is the part that blows me away ... the sensor is under the glass.  It's a very specific part, but they clearly show you when you turn the device on.

For some reason, I had to retrain one of my fingers as it wasn't doing so well.  Since retraining, it's worked flawlessly.

If you don't like using a fingerprint or a PIN for unlocking your phone you can use facial recognition.

The iPhone X had done that ... sure, we had it in Android since ICS, but you have to admit that there was no real notice of it until the iPhone did it.

But you can do it with this phone.  I was skeptical.  I remember hearing the concerns with the iPhone ... how well could it really work?

Well, it worked.  Almost too well.  I would grab my phone and just lifting it would trigger it to start and by the time I looked at it, it was on.

Sometimes I just pick up my phone to look at the notifications, and it would almost immediately be unlocked.  It worked too well that I decided to not use the feature anymore.

The back of the device now has the cameras arranged in a 2x2 grid in the centre of the back versus a verticle line on the side.  The centre makes better sense to reduce a little parallax (though, hardly noticeable with the preview). 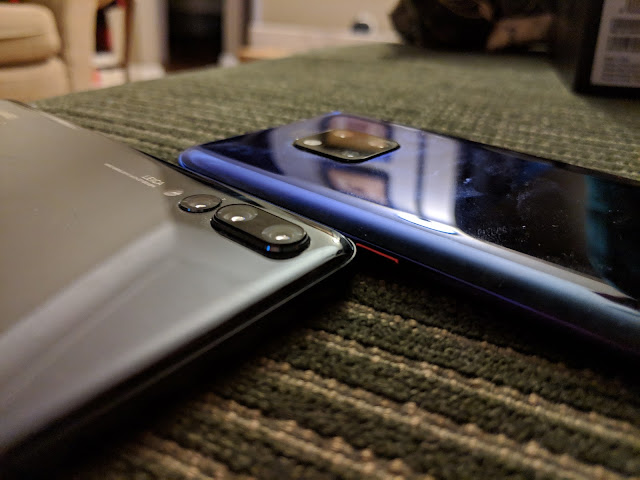 Even better, the lenses aren't as protruding as the P20 is.  I forgot how much that thing stuck out without a case.  With the Mate, no worries.  I'll get to the camera later.

While we're talking about the back, one of the big upgrades is that the Mate 20 Pro is Qi compatible.  So, you can plop it into a wireless charger and it gets some juice.  Great.  That's a must have now for me.  But, even better, ... again, this device is all about 'one-upping', ... you can turn on 'reverse wireless charging'.  Meaning, that I can find the setting (it's hidden away, it's too bad it's not a quick switch or a widget) to turn it on and then I can plop my iPhone for work, or my Pixel 3 on to the Mate's back and charge that device.

Awesome!  I can plug in the Mate to charge with a cable and then plop a phone on the back to charge it... I can only imagine it is pretty inefficient and would get warm tho'.

Turning it on it looks mostly the same as the P20, but the resolution is noticeably better, the screen is brighter and more vibrant.

It looks similar and has the home screen system where all icons are on the screens (no app drawer) - though you can turn that on in the settings.

Another setting you can turn on is similar to the P20 was a gesture style navigation with the floating dot.  Tap it for home, swipe it right for 'back' and right for 'multi'.

But you get a new 'gesture' mode.  This is similar to how the iPhone X works.

That multi one is really awkward to do.

Even more awkward is activating the Google Assistant.

Best to just leave the navigation to the mode we know well... the extra screen real estate isn't worth it.  I tried.

Overall, a lot of the features from the P20 are there, but they just look all 'improved' ... more finnesse to them

Everything looks ... 'nicer'.  I wish the remote control app improved tho' (it's a pretty limited option for just a few type of devices... so I can't use it for the sound bar, or my Kodi boxor train it how I'd like).

The app looks very similar to the P20, but some of the features again have a better look to them, like in setting up the portrait modes.  You get a better preview of what you're getting yourself into 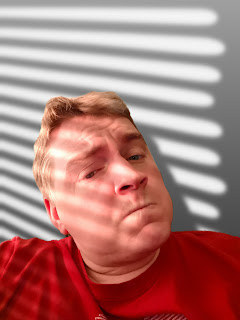 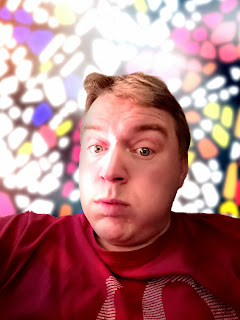 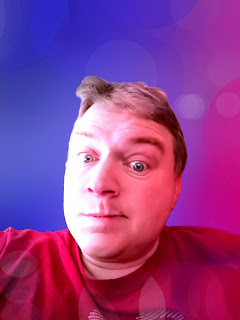 There's the Animoji... err, AR Lens feature.  It's still not great for me and my animals always look a little ... creepy.  Or drunk/tired.

The camera shots are awesome.  I don't remember there being a 'super macro' mode with the P20, nor the night mode.

I'm going to put the sample shots at the end of the review for you to look over.

Another neat feature is that the Gallery will try to sort and line up the shots it thinks have relevancy to each other in a sort of 'discovery' mode.

The camera was awesome, and it can be accessed similar to the P20 quickly by pressing the Volume- button twice while screen is off.  Not while on (unlike the Pixel you can do that move at any time).

Man, this thing is buttery smooth.  I say that a lot, but going from it back to the P20 or the Pixel you can feel the differences.  Slight as they are.

Most people won't notice, but you would notice if you were playing/doing something more intensive, like Fortnite or PUBG.

Battery life has been awesome.  Even just playing Fortnite I haven't noticed that huge of a drain.  Even still... 4200mAh is a HUGE battery even by my standards.

This is a great phone and I've really REALLY wanted to switch over from my Pixel to this device as my daily driver, but because of the crazy holiday schedule lately I haven't had the opportunity to disrupt my activities to do it.  Plus, I really want something to protect it ... the device is SUPER sleek and slippery.  I've looked a few things up on Amazon but things are taking longer to get during the holiday season (still didn't get a fitness band I ordered for my son).

Really, this is a great phone.  The $300 extra spent over the P20 is really going to be worth it, especially as most places you'll buy it will be free on a new plan.

This is a super slick device with a lot of great pluses (40MP camera, Qi, reverse wireless, fingerprint sensor in the glass), with only one or 2 minuses (quiet speaker ... and that's about the only thing I can think of unless I want to be really nitpicky and say the reverse wireless charging is hard to get to).

Anyways, check out some of the camera samples. 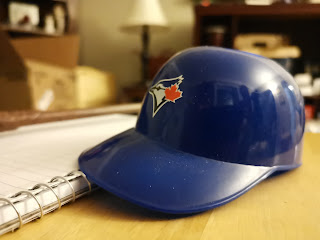 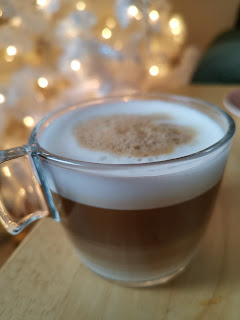 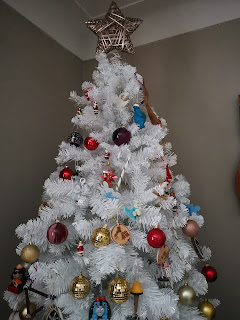 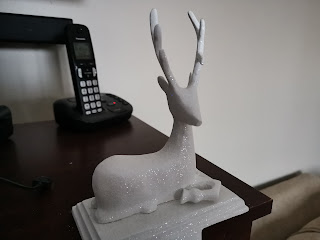 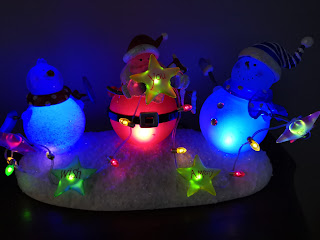 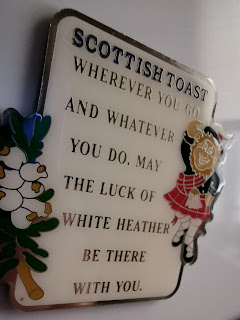 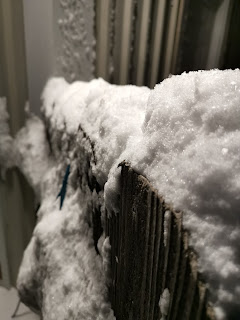 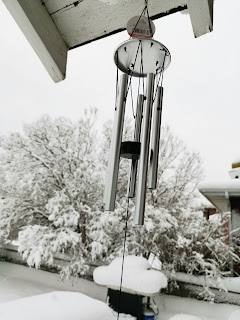 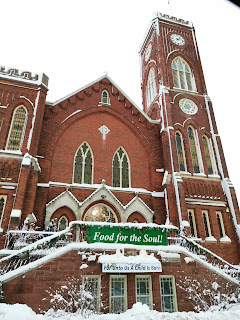 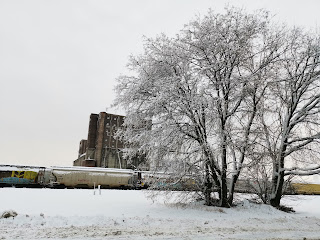 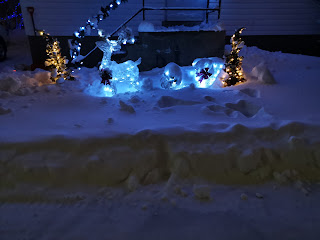 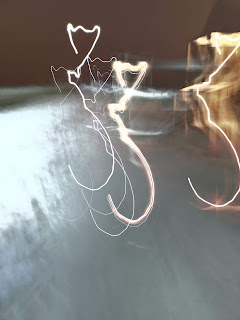 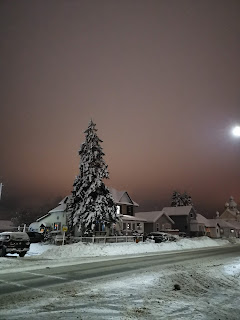 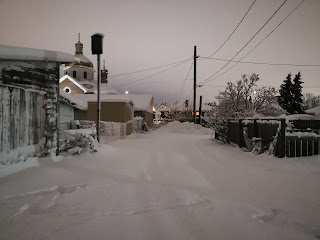 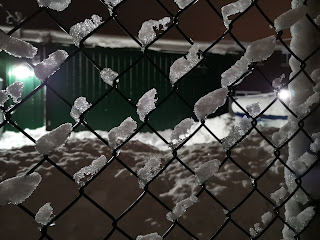 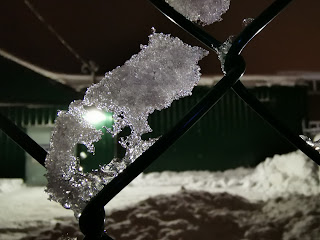 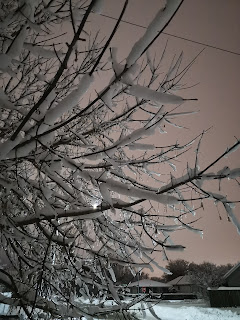 Comparison here of the Night mode... 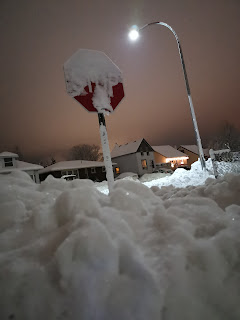 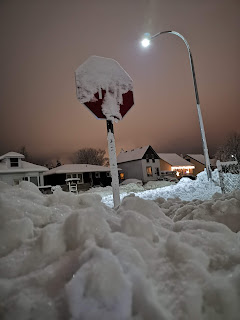 (left is normal, right is with the night mode on)

Compare this to the Pixel's variant 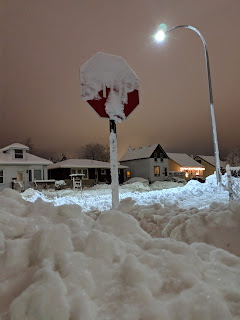 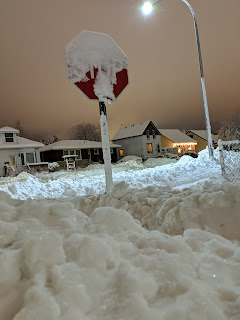