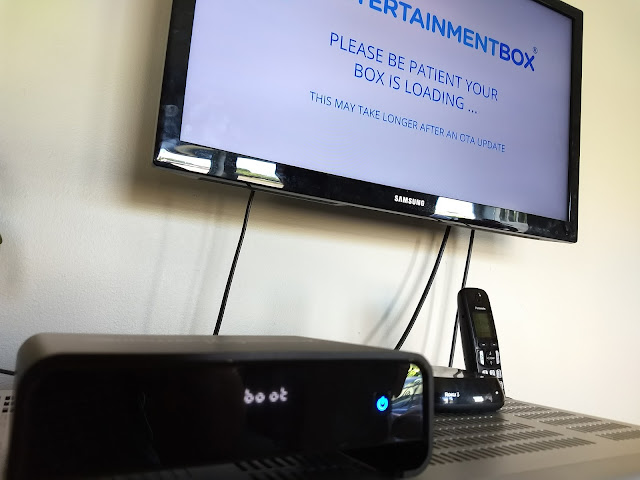 So, I don't watch much TV.  Netflix has been my go to.  My son, it's Youtube... paying for a cable service we don't use doesn't make much sense, so it went.

The money I was spending, I've put into the cable package to make sure we've got a proper amount of internet bandwidth.  I want to stream a movie on the Nexus Player downstairs, my wife will watch a Netflix series and my son can watch his "Lets Plays" on Youtube in the main room.

One of the essential devices is my Roku box (the 3 is upstairs and the Ultra downstairs), which is great for Netflix.  But the latest trending has been to switch to the Kodi/XBMC/etc... streaming services and Roku doesn't have that.  You need to get an Android device.

There's plenty of options out there, and I think I've found the best.  Entertainment Box's T8V.  Running at ~$125USD is definitely a 'buy' in my book.

So, what do you get?  $125 is on the higher end for some of the devices that are out there.  And really, does the specs matter?  Let's look at the specs here:


So a pretty powerful processor with a good amount of RAM (sure, not as much as my phone, but I need it to just play videos essentially), compared to others out there.  And you can really feel the speed difference.  My previous box feels like a slug comparatively.  Flipping through the screens is faster and maybe it's the better wifi antenna but it's also loading things faster too.

It even looks like it's something that's supposed to be in you AV unit.  It looks like a PVR/cable box.  It's got a strong housing and plenty of plug in options for you. 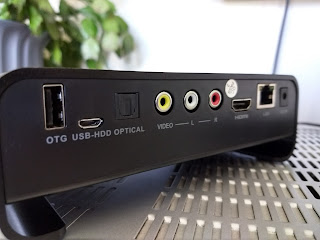 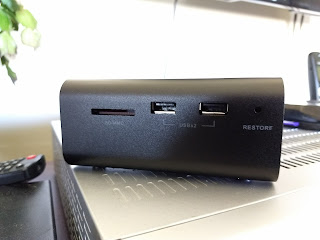 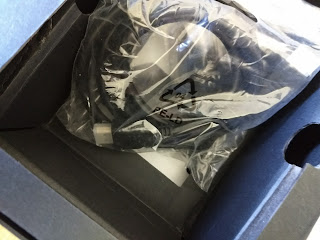 Best of all, it comes with a spare HDMI cable, so I don't have to go run out and grab one.  It's all in the box ready to go.

Load up the device (and as you can see from the first photo at the top it will show 'boot' on the front of the device) and it plops you into their launcher.

If it's the first run, you'll get to choose, do you want EntertainmentBox's custom launcher, or do you want the Android launcher.  I like the EB launcher, it's simple.

The layout is very simple, they have some basic apps in there for you, such as Aptoide (if you don't want to load up your own Google account on it, to slow it down as it checks email etc...) and has EBMC (their port of the open source XBMC app) very prominently situated. 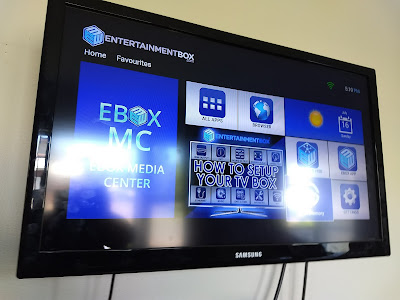 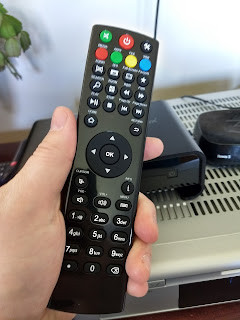 You use the remote to navigate and it's a very simple remote that needs to point at the box.  Navigation is very simple moving left and right, but if you want to use a cursor, there's a button to hit and then you adjust the position of the pointer with the arrows.

Okay, so I'll let you explore all the apps on your own, because that'll be the same regardless of which box you choose.

But for the performance, I'm blown away.  So fast.

What I liked to see was that when I went into the Android settings I find it's using Android TV version and not just Android itself, so it's optimized specifically for the TV display.  Which really helps.

Personally, I suggest a different remote.  I've reviewed one before I like, but they also sent me a different one to review as well with it, and it's something new to get used to but really like it as well.  I'll be doing a separate article about that later.

So, if you're looking for a good Android box to do your streaming for you, your money's well spent on this here!