Posted by Ryan Moore on October 18, 2018
Well, Sony isn't the first to upgrade (the Essential was, I believe), but after Sony's discussion about their roll out a while ago for Android 9.0 (Pie) they're making good on the XZ2's update. 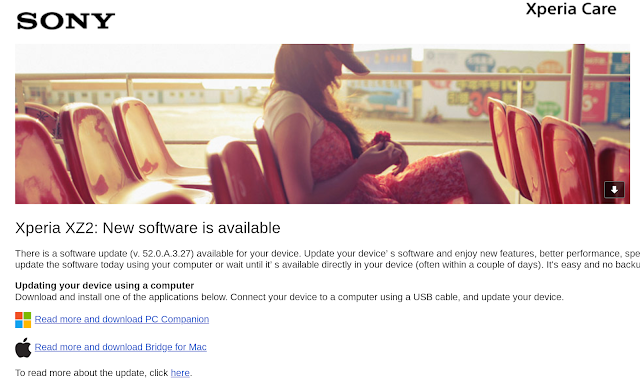 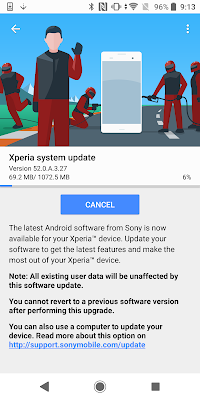 Or I could wait until they rolled it out over the air.  I turned my head to look at the Sony phone and it was already updating.

It's funny that the update, albeit very hefty in size, was a little quiet on what actually the update is.

This is updating the whole operating system to the new Android 9.0.  You'd think they would say a few more things about it.

After the update was over and the device was ready to roll, I gave it a bit of a once over to see what was new.

I didn't really notice that much of a difference.

They haven't forced you to the gesture navigation like on the Pixels.

There were some of the Sony icons for their camera effects that were changed, but the effects hadn't changed.

I did notice that the settings 'gear' was no longer available in the quick pull down shade, only when you fully pull it down. 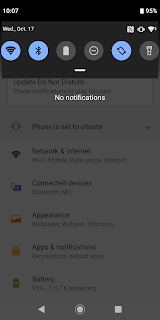 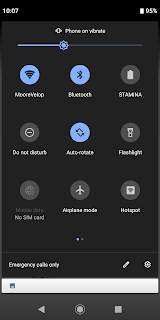 But going through the settings looked the same.

So, it's not that much of a big jump in features for the phone, but at least it's now on the latest software and has the latest security.  So go give it a go!

The XZ2 is still my go to video camera phone, and I love the quality it puts out.  Ensuring it's on the latest update is important to me.