Samsung Canada has 90% of Note 7s returned, the rest to be hobbled Dec 12 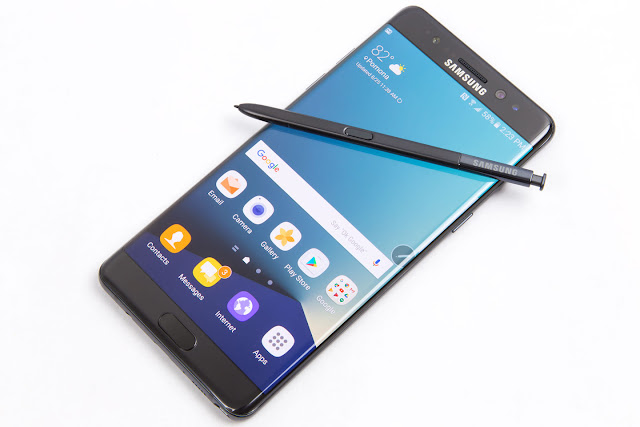 The whole Note 7 thing has just been sad.  I get it, it's a safety thing, but I still think it's been wildly hyped for the media to get the clicks.

That being said, really, if you have a Note 7, go bring it in.

To date, Samsung Canada has said that they've now been able to get 90% of the devices brought back in.

But what better way to get the message across to the user than by kicking out a major feature.

On December 15th they won't even be able to get cellular service.  So, it'll become just a brick.

It's kind of creepy that they can do all that, but at the same time, good on them for really taking the steps to ensure the safety of their customers.

They have been continuously pushing notifications to those users in the last 10% to let them know, so there can be no excuse on their part claiming that 'they weren't aware'.

View the press release below.

Functional limitations, including a limitation on the battery charge, Wi-Fi and Bluetooth disablement will be implemented as early as December 12th, 2016.  Effective December 15th, 2016, customers still using the Note7 will no longer be able to connect to any Canadian mobile network services to make calls, use data or send text messages.

We strongly urge any customers still using their Note7 to return their device to the place of purchase for a refund or exchange between December 7th and December 15th.  We have been in continuous communication with Note7 customers to remind them about the need to return their recalled device and will continue to communicate daily with a push notification about this network deactivation event to ensure they continue to receive adequate notice.

As a recalled product, Note7 device owners are legally prohibited from selling or even giving away the recalled device.  We would like to remind customers that they need to return their Note7 device.

In the event of an emergency, Note7 devices will be able to dial 9-1-1.

Samsung Electronics Canada inspires the world and shapes the future with transformative ideas and technologies. The company is redefining the worlds of TVs, smartphones, wearable devices, tablets, digital appliances and printers. In 2015, Samsung was ranked one of the top 10 most influential brands in Canada, based on a study by Ipsos Reid. Committed to helping Canadians live connected and make a difference, its Samsung Hope for Children corporate giving program supports children's education, sustainability and health-related issues in communities across the country. To discover more, please visit http://www.samsung.com/ca.