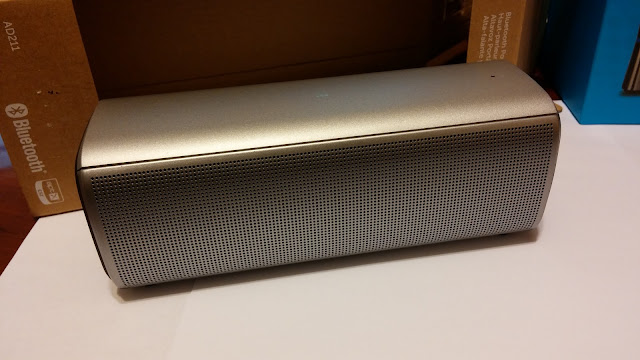 I love music.  I really do.  I'm not a super 'audiophile', but I used to have a pretty sweet set up... probably still holds up; just when you have kids and whatnot, it's a little harder to be able to crank it up and experience music in the same way.

As such, I've found ways to take the music with me, Google Play Music, a good set of earphones or a portable speaker.  They can really help tie a group event together with just the right bit of music.

Today, I'm testing out the Dell AD211 portable speaker.  I gotta say, I'm impresed.  5W of power and a really nice classic look to it.


So, you may say?  But 5W is what that little iClever one had, and it's way smaller.  That's true.  But the having 2 speakers gets you not only STEREO, which the other didn't, but having them separated by a little space lets you fill the room a little more efficiently.

Charging by microUSB should net you about about 10 hours of playback (it's a 2200mAh battery, compared to iClever's 500mAh); so you should have no problem setting it up as your speaker for your work station and it lasting the full day. 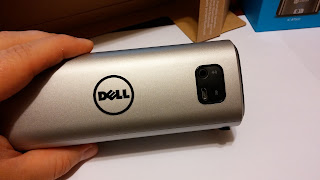 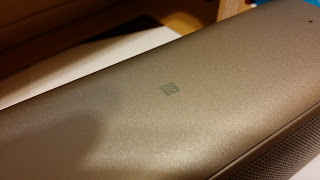 Pairing it up with your device couldn't be simpler as they've included NFC.  I think this has to be mandatory going forward with any device.  It just makes it so simple.  Sure, once paired (even the old fashioned way) all you have to do is just turn the device on or off to automatically pair, but what if you want to leave it on without turning it off... disconnecting is a bit of a pain then, and then having to reconnect is another bunch of unnecessary steps.  Just tap to connect, tap to disconnect.

The sound is downright pleasing.  Nothing tinny, nothing squawky... it's not some ultrapowered high end speaker (so don't compare it to something like Sennheiser or Bose), but it gets the job done well.

Plus, at just under a pound, it's very easy to take with you. 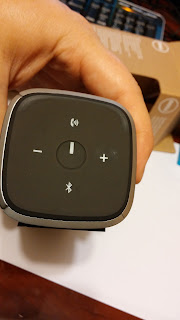 I'm a little saddened that it didn't have playback controls, as often when I use a speaker it's usually something that the speaker is near to me and my phone isn't (like at a bonfire, or a bbq etc... I'm mingling with people); so I like to use the device to change tunes or what not.  At least I have my watch to control Google Play Music.

At $80, it's definitely more expensive then the $30 iClever, but there's a deal on now where it's just $55.  Besides, with many of you looking for back to school products at Dell anyways, it's a nice addition.

Want it even cheaper?  We'll be giving one away soon... so stay tuned!