Motorola is giving Phonebloks a try with Project Ara

Posted by Ryan Moore on October 30, 2013
So a while ago, there was this whole viral video that circulated everywhere about an idea we've all kinda dreamed about for our phones but nobody really discussed, and it was called 'phonebloks'.  We discussed it in an article here, and also during our Hangout Show #46.

Well, we all kinda agreed that it was ... not impossible, just highly unlikely to really take off.  A real long shot... a moon shot as it were.

Google doesn't really build anything... who did they purchase a while ago to have access to hardware development stuff (my opinion)... Motorola!

Motorola has looked at Phonebloks and discussed it with some of their community and has come up with a project called Ara. 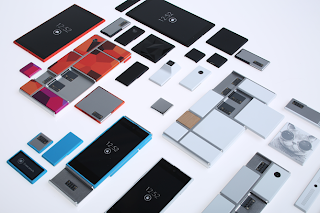 The idea is, like Phonebloks, Ara will be a modular based phone.

Your base for your phone will be called the 'endoskeleton'.  To the 'endo' you attach modules.  They list a couple of ideas of what types of modules you could use:
We want to do for hardware what the Android platform has done for software - See more at: http://motorola-blog.blogspot.ca/2013/10/goodbye-sticky-hello-ara.html#sthash.aeoYgpnQ.dpuf

That last one really starts to get you thinking of the potential that Ara could have in the world.  Hrmm...

And they're looking to get started.  You can actually sign up to be an 'Ara scout'.

As Motorola has said, they:

Pretty cool stuff if you ask me!

Would you buy a device you could FULLY customize?