Do you use emoji... for sexting? Nooo, really?

Finding the right emoji is usually a bit of a pain to go through.  If I do use one in any communications we have, it's often because the Google Keyboard suggesting it.

Well, this company called LELO... they, uh, have a stake in the business of 'intimate matters' and they just conducted a study on the use of emojis as it relates to ... ermm, relations... 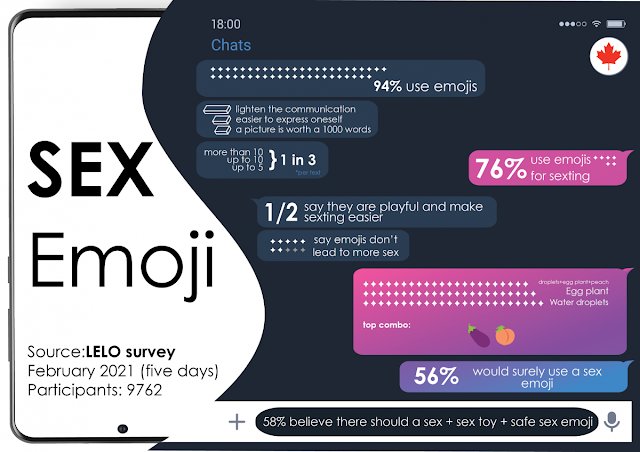 SPEAKING EMOJI: WHAT IF THERE WAS A SINGLE EMOJI TO SAY

Following a survey exploring the use of emojis for sexting, LELO, submits the application for the creation of the world's first official #sexemoji and calls on the public to show off their support.

With that in mind, LELO surveyed communication habits with a particular focus on the use of emojis for sexting. The survey that included ten thousand people revealed emojis had become an essential part of our day-to-day conversations, with:
In light of this, LELO today submitted its application to introduce the first official #sexemoji to Unicode, the company behind emojis. As emojis are an integral part of how people connect, LELO believes that the creation of such an emoji will usher in a new era of communication about sex, further break the stigma surrounding the talk of sex online and help even more people be more satisfied with their sex life. Simultaneously, LELO launched a petition via change.org asking the public to rally behind this cause.
emoji lelo