Scott Pilgrim vs. the World: the Game 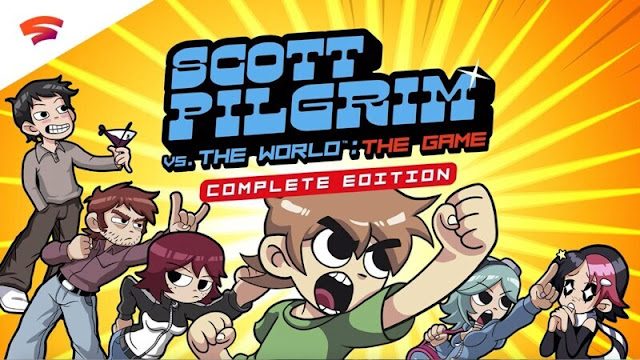 I loved Scott Pilgrim when it came out, and when I was told it was a comic, I went and devoured those.  Great stuff.

Well, they finally made the game, that was about a movie, that was kinda about (heavily influenced by) games.  So meta...

It's some pretty good nostalgia comfort gaming.  The right amount of pixels to button smashing.

I picked it up on Stadia and on Switch.

Here's me playing it on Stadia for a bit

You can see it has that 3D side scroller feel, very much like River City Ransom, or Double Dragon; both great games.

Here's a little gameplay of me on my son's Switch:

Sorry for the little 'askew viewing', I don't know how to really get a good recording of that (I don't have a PC to set up for a capture card).

And I mention that it's very reminiscent of River City Ransom which takes the side scrolling fighter and adds a little of an RPG element.  Getting XP to level up and new moves, getting money to buy power ups, etc...

Which it took me a bit to recognize that that second map area I visited, you can actually GO IN the stores so that you can purchase.

Check it out, in Canada, it's $20 on either platform; and I imagine the same on others as well.