Pixel Astrophotography - I finally figured it out!

Back when the ... I think it was the Pixel 4 ... was announced, they talked about this night mode and mentioned 'astrophotography'.  I remember asking about it and just assuming it was the 'night mode', and I was super impressed with night mode that I thought that that was it.

It wasn't until I saw this recent blog post from Google that I had been missing out all along.

It was like a total "how could I have missed that" moment, and went out straight to try it. 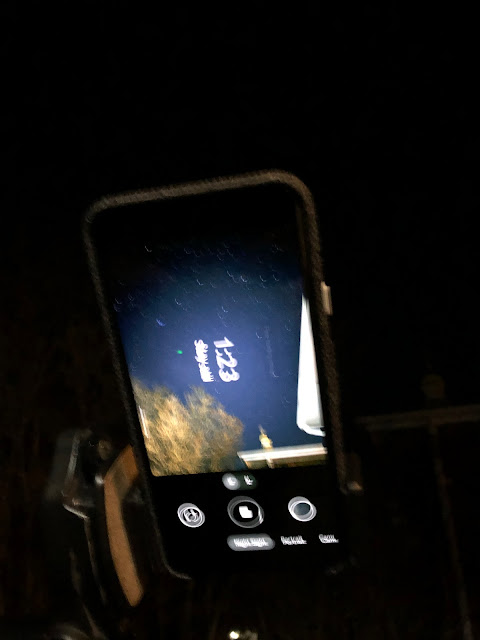 Apparently, all I'd ever missed was using a tripod!  It senses when you have the phone steady and are taking a low light night mode shot and will autochange to the astrophotography mode.

A while back I was able to catch Orion just handheld and I thought that was cool: 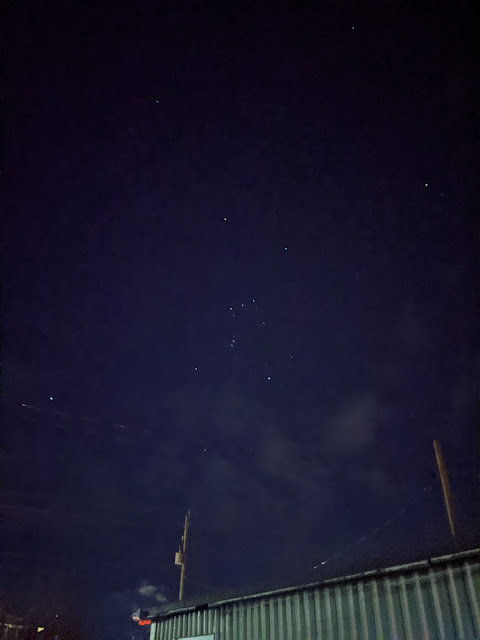 Not bad, but it was early morning and some light sky still.

Then when I went and tried out knowing what I now know, I did it properly.  Immediately in the tripod with night mode it does change over to 'astro' mode and instead of taking maybe like 10 seconds at most it would take 3-5 minutes.  Apparently taking a bunch of photos in that time and applying and layering them all over each other.

First I tried a similar shot where I had a bit of the lit up houses etc... 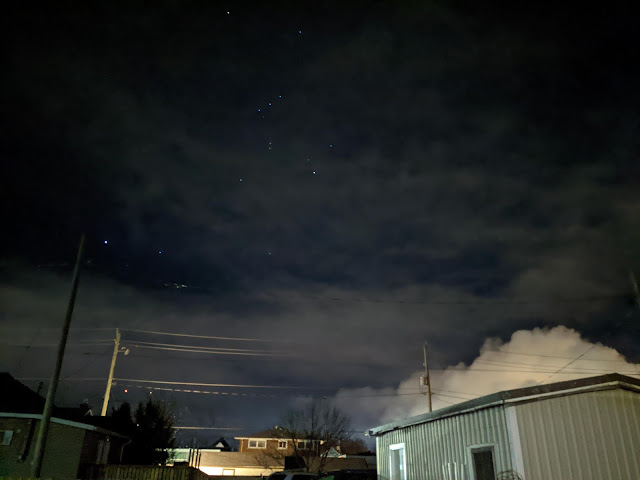 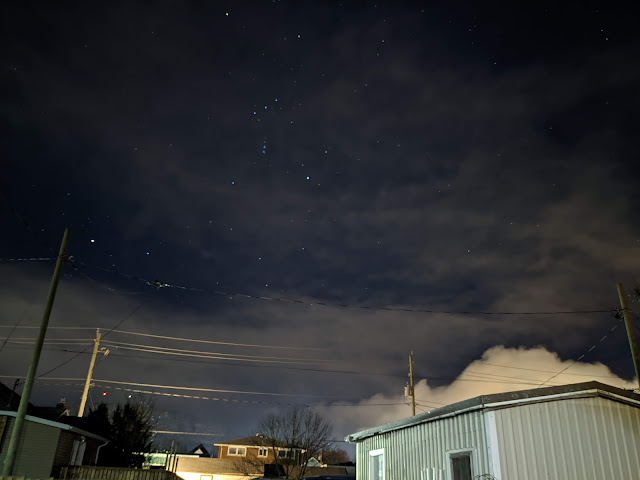 Now, one of those was with Night Sight, and one with Astrophotography.  It's hard to tell which because there was just enough light to still capture everything and the stars reaally still.  For those of you who need the answer, the 2nd is the astro one (there's just a slight clearer, lighter look and less noise)

So then I thought with too much 'stuff' in it, let's just look at the sky. 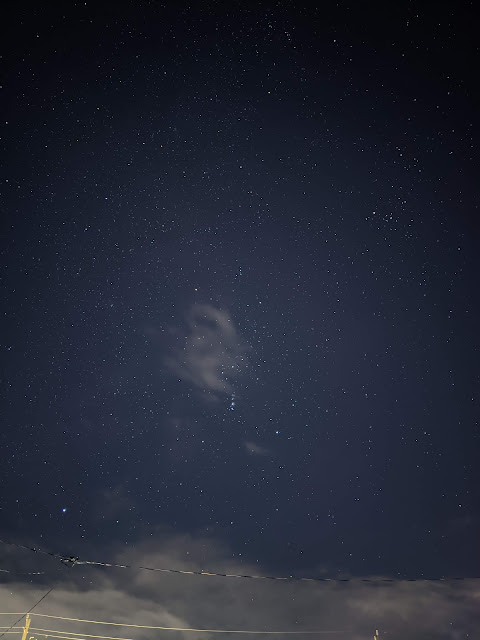 Okay, so definitely can see more stars, but now the actual Orion constellation is hard to make out.  It's there, just doesn't stand out as strongly now.

It was still a little overcast and in the city there's still some light pollution.

Let me try it one more time (it's pretty chilly) out. 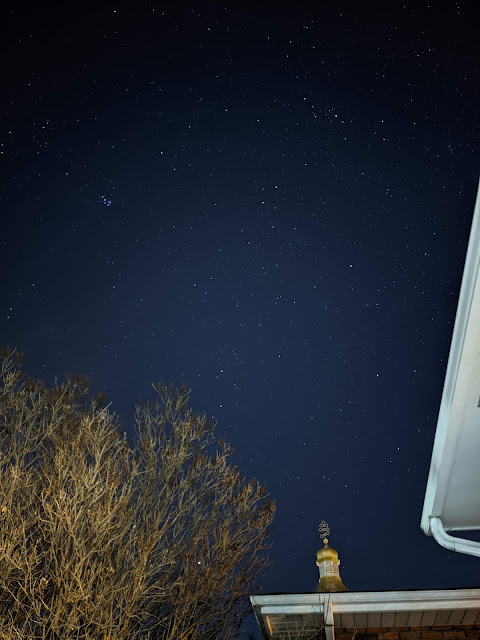 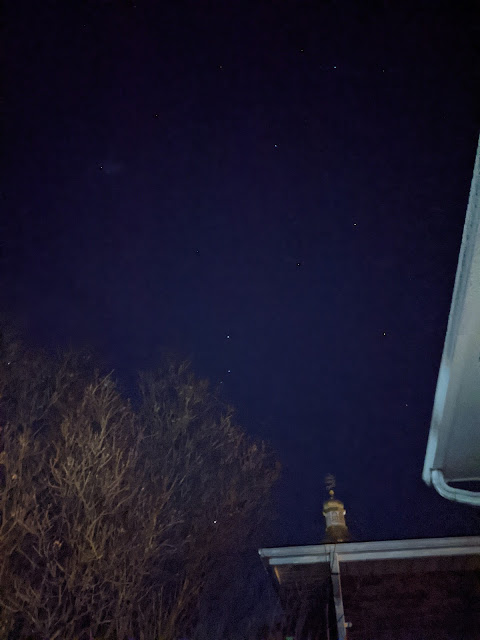 You can definitely tell the difference here (will try to do it without my outside lights on the patio another time).  Very cool

Now, what was neat was I waved my hand in front of the camera and at one time there was a 'blur' on the screen, but eventually it omitted it.  May have to play with that and see if we can have ethereal streaks or ghosting type shots.

Anyways, I was happy with it.  Have you tried it?