The Survivalists out on Nintendo Switch - initial testing

Yeah, I know this isn't Android per-se, but it was something my son was really excited for.

There's this game that he and his friends were SUPER into - the Escapists - and they would play that for hours.  Well, the developers of that game now has - The Survivalists.  Essentially a crafting game.  Your little player gets stranded on an island and you start with some sticks and grass and eventually learn crafting, and befriending monkeys to building a fortress and SURVIVING. 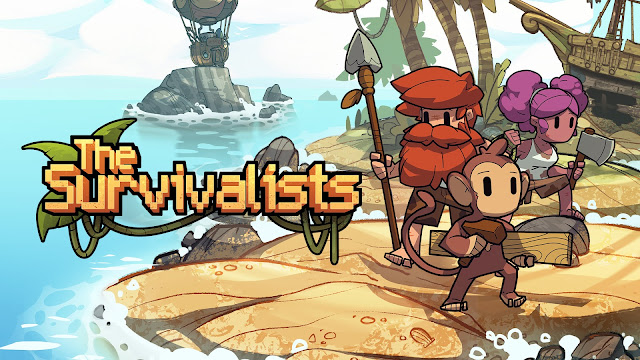 He's big into those crafting type games (Minecraft, duh... Terraria, etc...) so was excited to try this out.