LG's Velvet is the 'chic' phone

It's hard these days to really try to diferentiate a phone based on specs.  Not a lot of people out there know what the difference between a Snapdragon 700 or 800 series.  Most want a good camera... make that a GREAT camera and not have to worry about battery life.  Whether it BLAZES through everything ot hums along just fine usually is of no import.

LG is taking a bit of a different tack.  Instead of going for their top end flagship G series, or their ELITE V series... or their lower end K or Q ... they've gone and made a new name.

LG has always had a weird naming schema for their phones.  The "Chocolate", there was even an "Optimus Chic".

Well, this new line.  A better than moderate, not quite flagship, yet stylishly chic is the LG Velvet 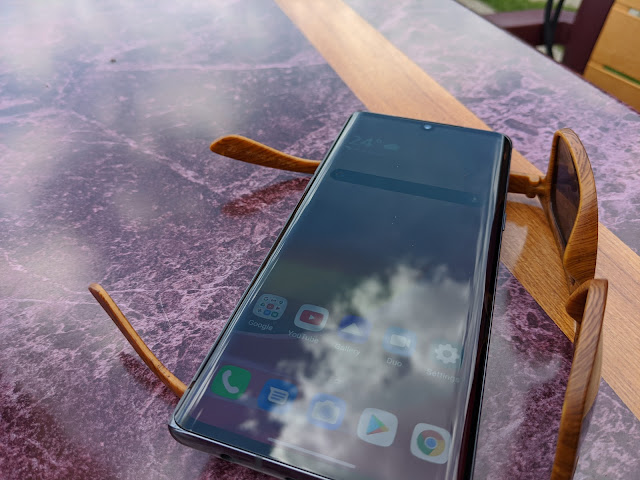 Running at just $750 it's priced well within what you'd expect for specs and features it is aimed at those that look to use the device as, and for, a fashion statement.  With a name like Velvet, what else do you expect?

First off, as always with our reviews we look at what specs you get out of the price:

I guess, I would have liked to see the QuadHD ... I get it, not many people can notice the difference.  I know I sure can.

It does have my faves - the Qi, and the IP rating.  And look at that battery. Wow.

Plus, it uses the teardrop notch, rather than a punchout or big valley.  I can respect that.  It really makes that 6.8" look TALL as heck.  It feels tall as heck in your hands.

The camera specs look good with a big count and decent features - and I'd never been disappointed by an LG camera so far, so I'm looking forward to turning this thing on.

Holding the phone it's... sleek.  And tall.. and skinny.  Which makes it for an overall 'slippery/slidey' feel to it. The 'edge' (they call it a 3D Arc) feels like it really comes to a 'point' on the edges, almost exaggerating that curve.

I'd say you'd want a case to give you better grip, but then that ruins that aesthetic appeal... so ... well, judging by who they're really aiming this at, pop-socket it is then.

Turning the device around you'll see it's kept the same buttons since the G6... volume+/- on the left with the Assistant key, and then the Power on the opposite (right) side. 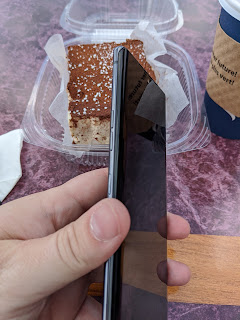 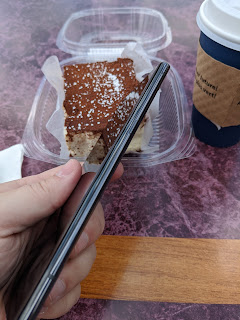 Speakers are the standard / awkward stereo you find nowadays of one firing straight down, and the other firing straigh forward from the earpiese.  Works well enough tho'. 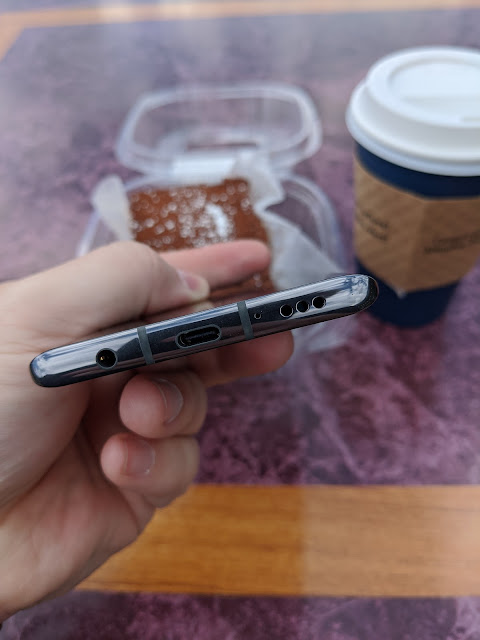 You'll also notice there's a headphone jack... because... well, those are still a thing I guess.  (really??)

Turning it on there's a fingerprint reader built into the display.  It's not perfect... it's not terrible, I've really seen worse.  But a passable enough rate for success.

But for me the big win on it is that it's in the right position, not too high like on some devices.

Automatically, you'll see that they do their typical "ALL APPS EVERYWHERE" ... I hate that.  I much prefer an app tray.  Why do you need to have EVERY app on the homescreen.  Yeesh.

Sure, it's editable in the set up ... but this is their default if you don't change it.

The interface is intuitive enough.  It's got this nice blend of 'almost Pixel' with a dash of their own sprinkling of a UI.  It's not like other brands where it's such a difference from Pixel/stock Android as they've customized everything.

It's nice, but at the same time it's a little odd as there's the Google Calendar app, so no specialized LG one, yet they have their own Contact app.  Eh.

They have toned down the proprietary apps.  There is the ThinQ app for their smart connected devices, the LG World app for their themes and app specific add-ons.

Of especial note is they've preloaded you with a bunch of games and social media already.  We have the space, but ... c'mon. Especially, the target demo for this phone... Sniper Fury probably isn't their jam.

What is my jam of what they had that I liked was the keyboard.  I'd never been a big fan of anything but the G Board, but this LG Keyboard is a pretty close second.  Lots of similar features, fairly good preduction and fluid swiping... they even had this DrawChat feature that let you schetch out a little scribble.

Pretty neat.  Had me thinking about how it could be used for football plays.

They've also taken a play from the Pixel playbook in using the Live Caption feature.  Neato... still not sure how it'll come in handy for me yet.

There's a new feature in their Audio Recorder but I'll cover that in the camera portion.  So let's go on and jump to that.

I've never been let down by an LG camera.  I've loved their work since the Nexus 4, the Optimus G2.  Great stuff.

This is no different.  It's got a 48MP shooter, but most of the time it spends its time as a 12MP shooter using pixel binning.  I won't claim to know exactly that is, or exactly how it works, but essentially uses some pixels around it to combine powers.  Allows the digital zoom to work a little better... I guess.

Just know that if you shoot at 48MP you tend to lose some of the features you would otherwise get.

Anyways, it has 3 lenses, the 48MP, an 8MP for ultra wide (which is cool, I never realized how much I love a wide angle until Google decided to lose it in favour of a zoom) and then a 5MP which is only used to gather depth information. 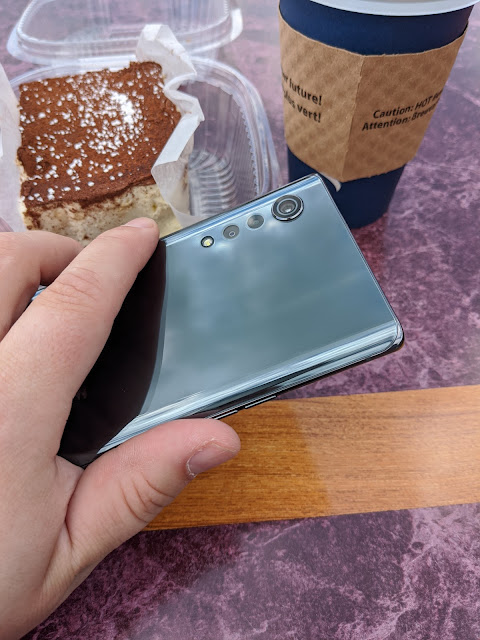 All performed quite well and it has a plethora of options to play around with.  I was surprised they didn't add in all those special instagram options like the G6 did at one time where you could get square shots above each other.  Maybe it did and I just didn't go through all the settings.

I loved the shots.  Worked quite well and fairly intuitive enough to use.  I especially liked how you could drag and drop the quick settings/navigation for the camera modes.  It's always the small things that make me smile the biggest.

The big drop of feature here is the new modes for the microphone - voice bokeh (I believe they called it "zoom mic" in the past) where it tries to eliminate the surrounding noise and focus in on the one voice; and then an ASMR feature.  I dunno about you, but ASMR just gives me the ... ickies.  Yuck.  But it's there.

Check out the samples - at the bottom of the article.

The shots were amazing.  And pretty well right up there with what I expected and almost better than my Pixel in some cases.  Having that wide option was REALLY nice.

Okay, dancing around all the options and features... but how does it handle?  Well... really well.

It's not SCREAMING fast.  I noticed playing on PUBG or Fortnite that it wasn't as fast and had some moments (Fortnite is glitchy at the best) and there were some hiccups with PUBG.  I watched movies and streamed podcasts and read books... nothing made me go "OH NOS" for satisfaction.  It really excelled with the reading books.

Where it was exceptional was the battery.  4300mAh goes a long way.

I didn't get around to taking measurements, because as I didn't plop my SIM in it wouldn't be an accurate life measurement as it wouldn't have the LTE to keep bouncing off of it.

But what I did use it with it had no problem handling with narely a blip on the battery.  An hour in the hammock with my book, playing music and flipping between responding to social media messages, uploading files in emails and then back to my book... less than a few percent was used.  That's pretty good.

Then again, an hour of loading up PUBG, downloading the maps and details and Fortnite's 8GB of app, playing a few matches it drained about 20'ish percent.  Now that was a lot in an hour, but it DID a lot.  So I was surprised it wasn't more.

You should have no worries about "will my battery last the day" ... plus with the Qi you can always just plop it on a pad and charge up as needed.  I have tons of them around my house, car and office.

I liked it.  It just was too... 'fashionable' for me.  It had a lot of bling, but I'm not in it for that.  The handfeel was odd to me throughout and it seems so tall that it was hard to find places to keep it properly.

Now, I didn't mention 5G.  I guess you could get it hoping that "it'll be ready" for whenever we get 5G.  I'm not all that optimistic we'll get it and suddenly want to throw away our 4G/LTE devices because man are we missing out.  Especially, since I live in the Great White North, that we'll probably be last to get the 5G that others will see.

But it's nice to know it's there.

In terms of track record, LG has been known to show support early on in updates and then let it linger in limbo ... when asked they did say they would commit to 2 years of warranty and firmware support.  That will remain to be seen.

Great phone LG... just I don't think I'm your target demo for it. 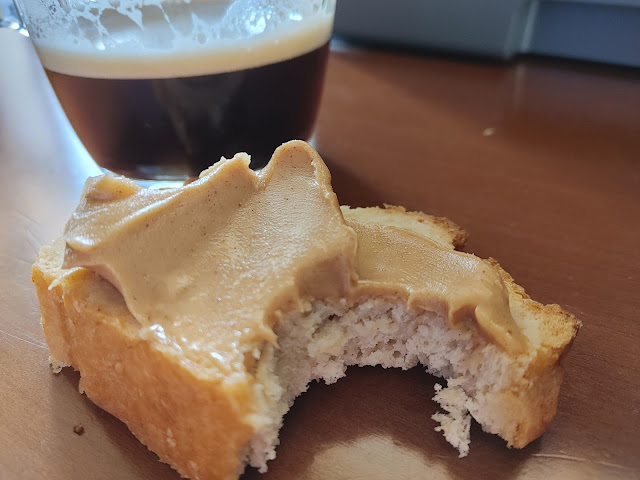 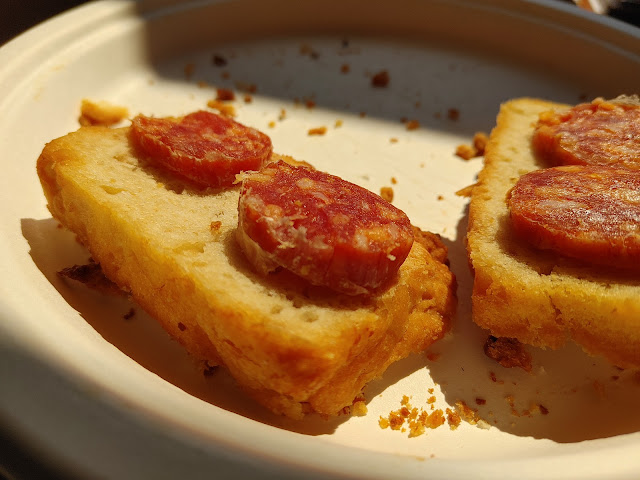 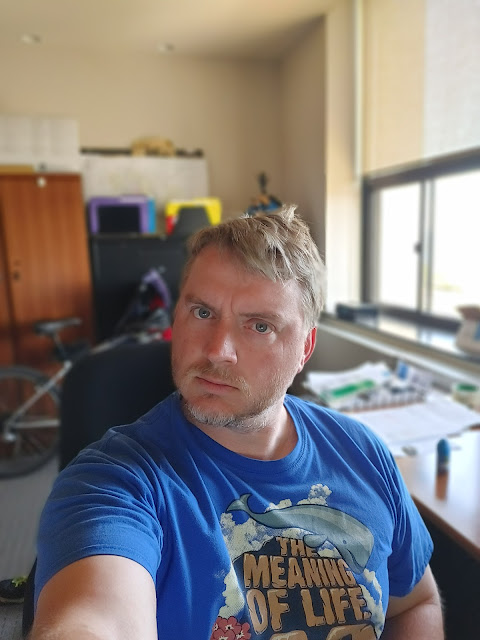 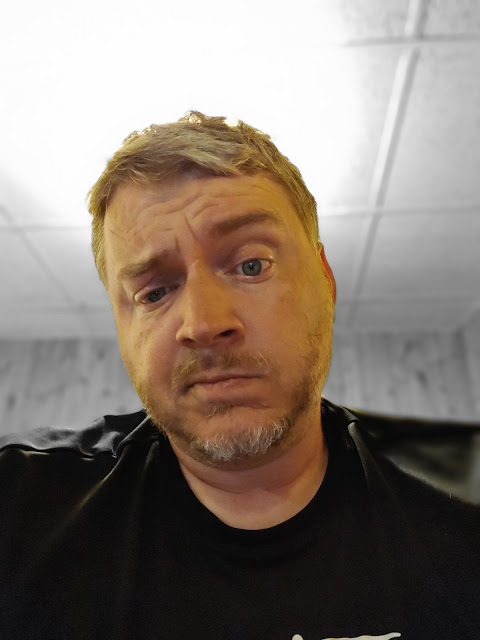 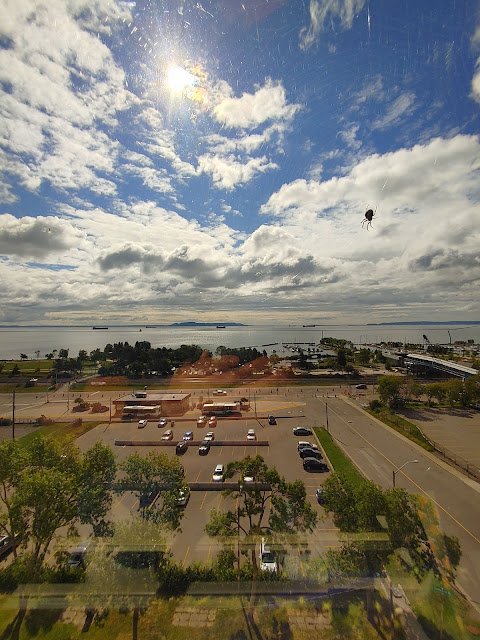 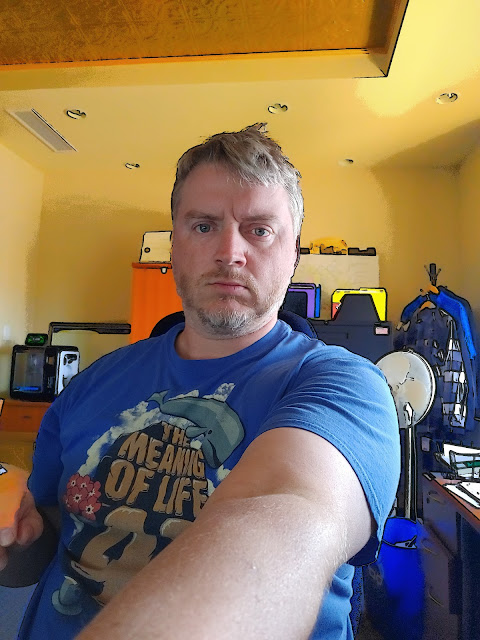 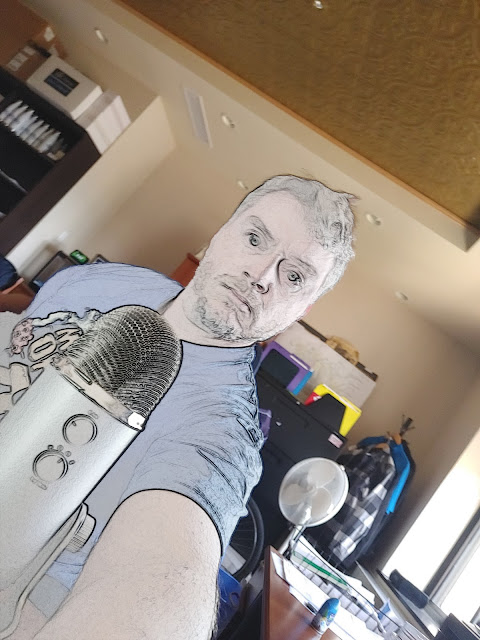 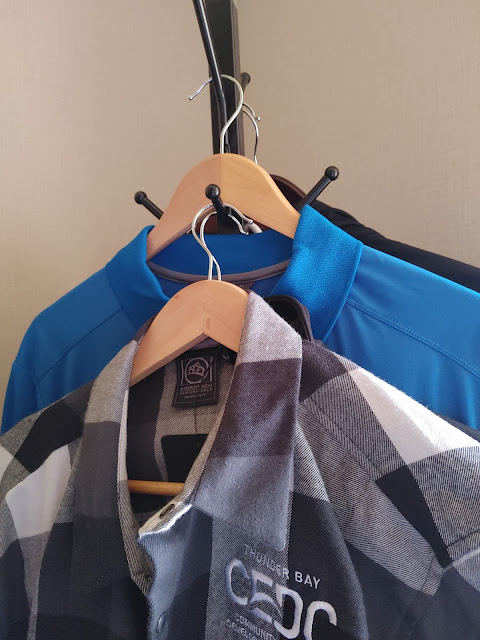 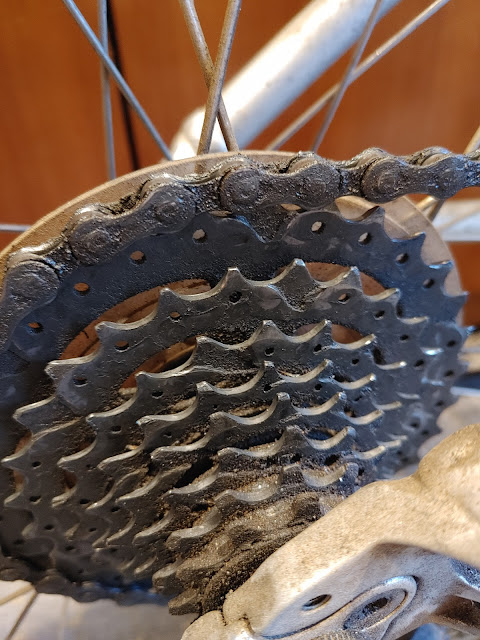 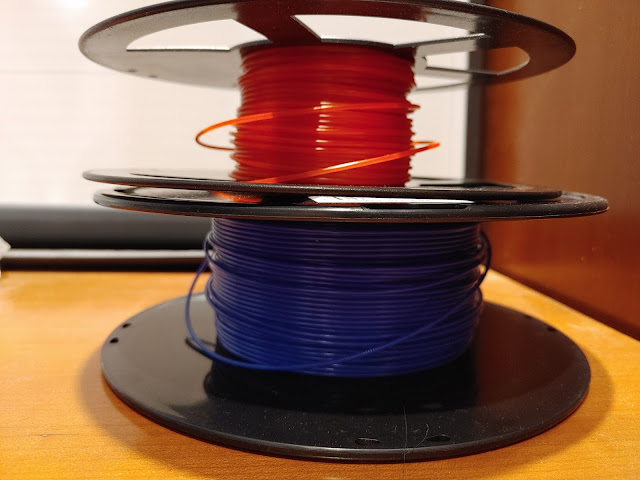 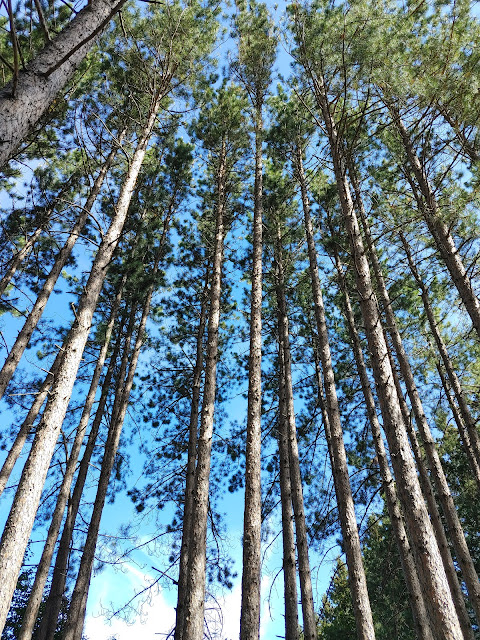 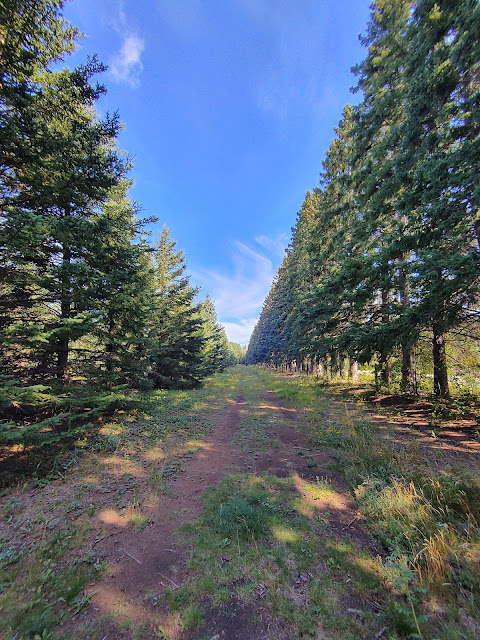 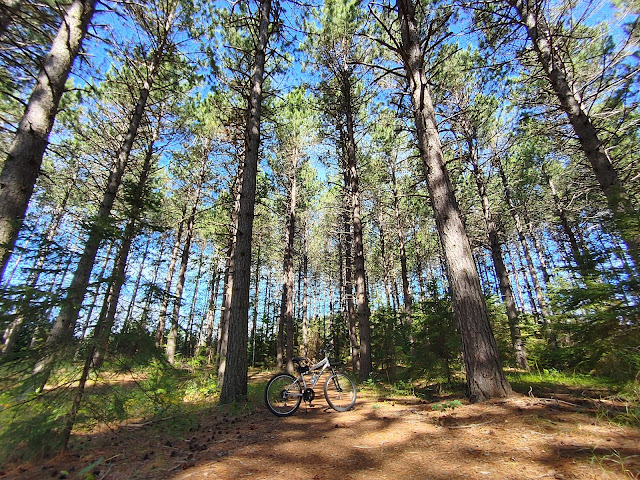 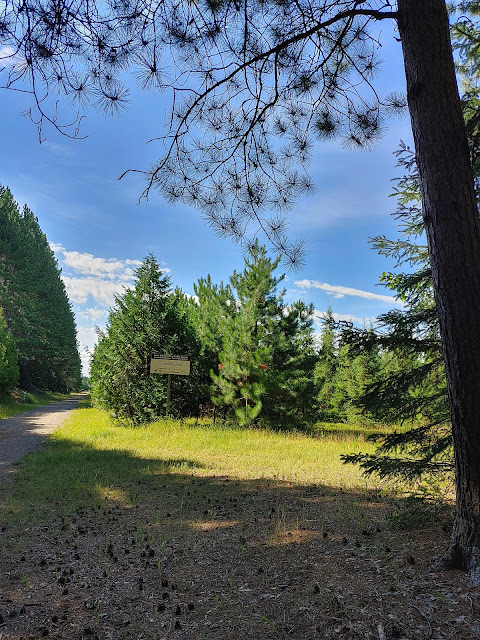 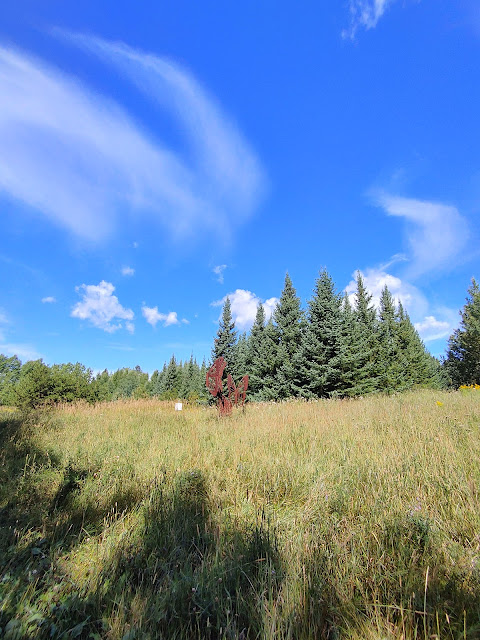 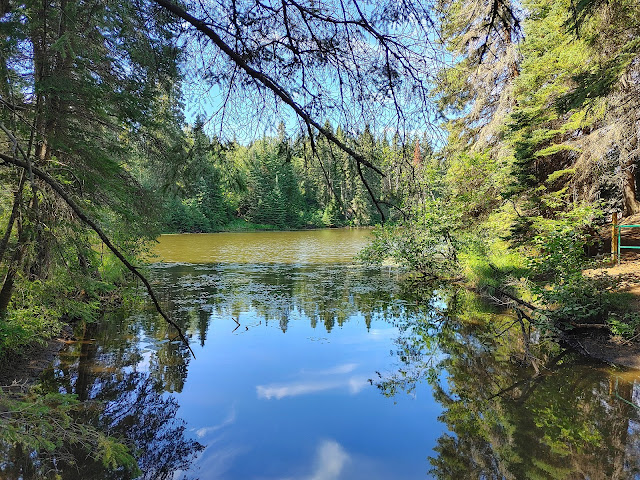 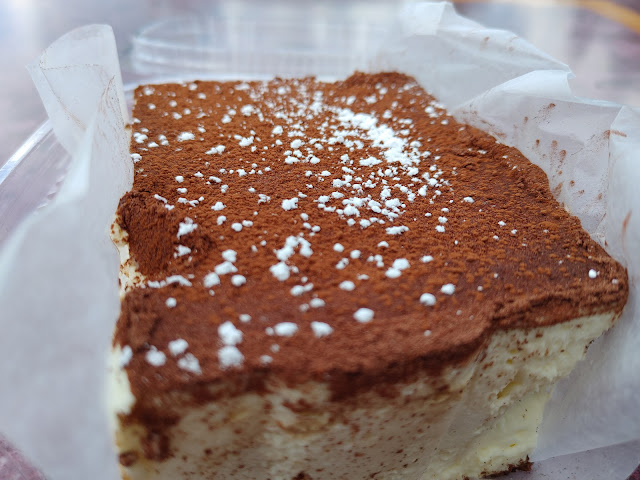 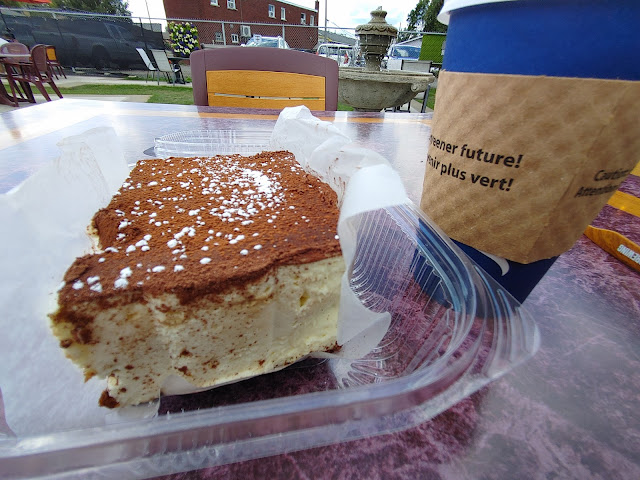 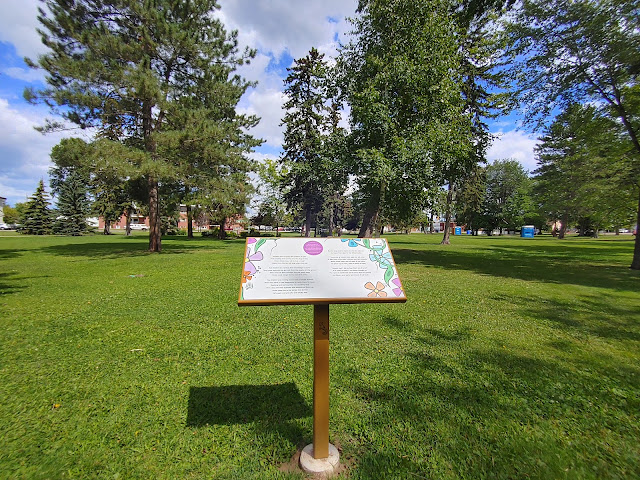 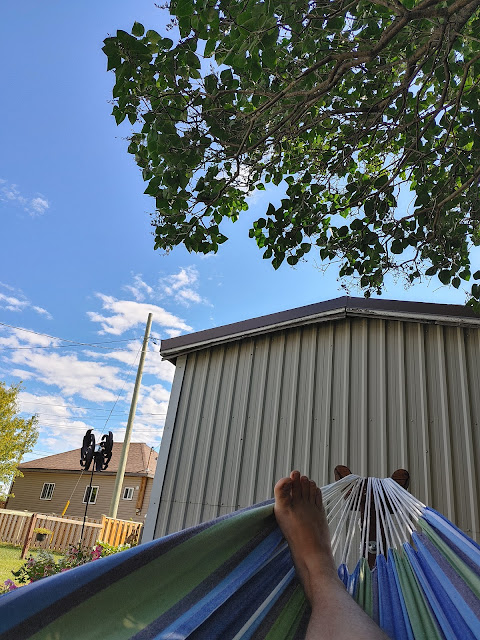 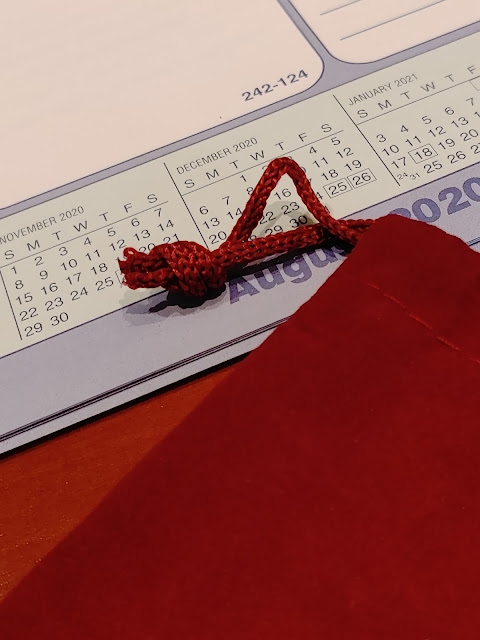