A good portable charger can make or break a trip or outing.  Sure, our phone batteries should last a fair lengthy time, but if you're going out it's nice to have the backup... just in case.

So not only does the charger have to be convenient enough to take with you, it's gotta be easy to charge it up.  Wireless is a nice bonus to not have to worry about lugging around cables.

The Infinacore comes in just perfectly at only $40USD. 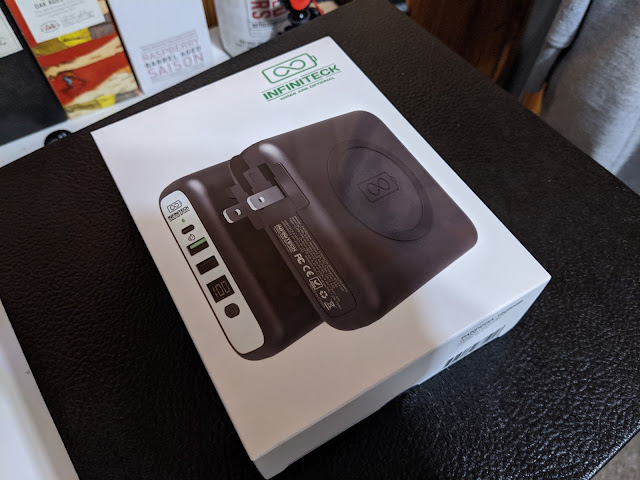 It has USB-C, Qi and it charges by plugging directly into an ourlet.  That's a huge savings to not have to worry about did I bring a cable to charge up the charger...

Best of all it has the digital read out of the EXACT percentage of how much of that 8,000mAh power it has left 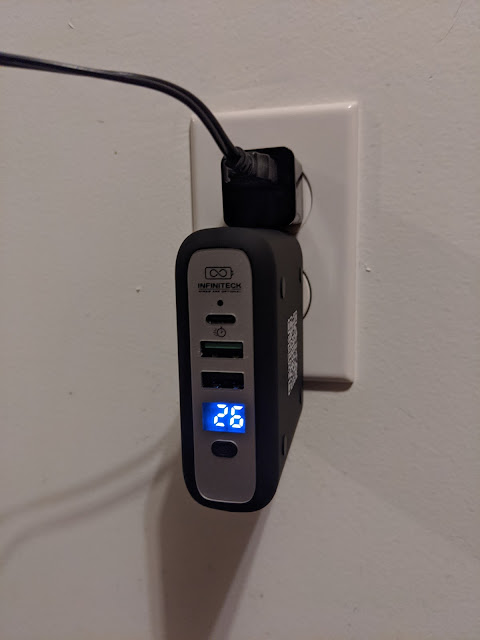 I love that feature best of all.

I still find it somewhat awkward as the usb cables and writing all want it to stand upright, yet the way the casing is doesn't quite securly allow it to do that.

With the Qi pad, you would more likely be laying it on its side, so it would make sense to change the orientation of the plugs... at least the writing. 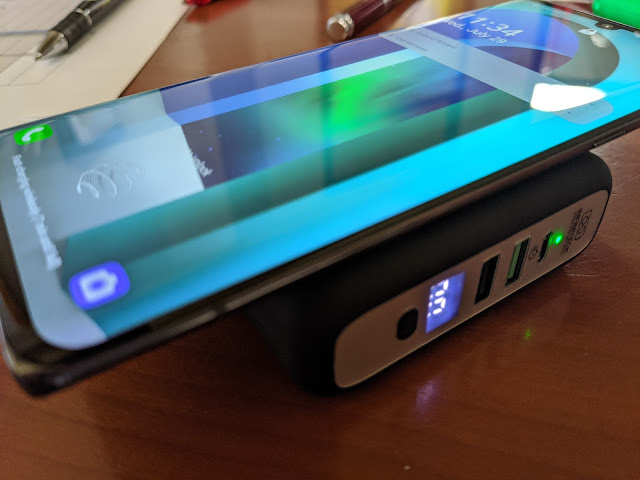 If that's the only thing I can pick on this thing, then it's a hell of a deal.

Definitely worth the $40 to keep it in my travel bag and have ready to go.

I would have liked it to have a little more juice for its size, but it's already packing in a bunch of features, so I'm not at all disappointed.