Google's new Pixel 4a unboxed with their case and initial impression

I used to love the Nexus lineup.  Google's uncompromised version of a phone, and still an economical version compared to the other flagships out there.

The Pixel line came up with the same concept but a more refined experience rather than just the tech enthusiast's wet dream (i.e. looks as pretty as it operates).  But that caused the price to tick upwards to the flagship levels.

Then the Pixel 3 came up with a solution of a middle of the road.  Sacrifice a few perks to provide an economical version.  The 3a. It did quite well, and now here's the recent a version of the Pixel 4.

Meet the Pixel 4a. 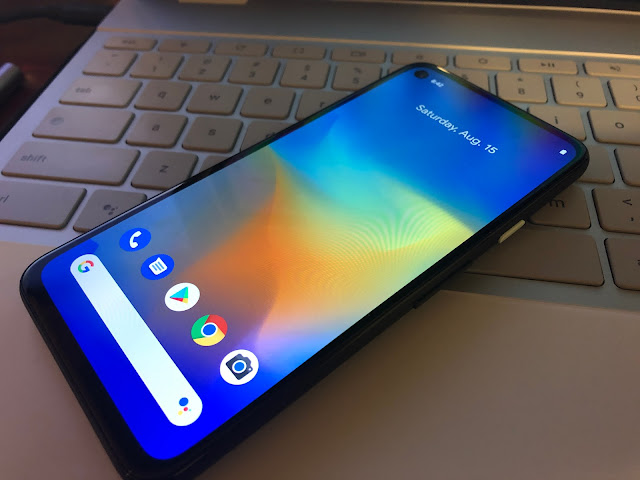 What's interesting was that there is no 4a XL variant... for ... reasons.

Now, you lose the IP68 & Qi (total deal killers for me) and then the extra camera lens, the squeezable Assistant and a 90Hz-able display. But, hey, you gain a headphone jack.

This is a bit tougher for me to compare as I have the 4XL which is a little heftier.  But I have "a type".

Overall, the initial impressions on the phone are good.  It's small tho'... it feels SOOO small.  It's not for me for that.

I really don't miss the 90Hz, or the squeezable Assistant, or the second camera.  But I absolutely miss the QuadHD, the Qi.

That being said, I do like the addition of the fingerprint.  I really, Really, REALLY missed that. I know it's old fashioned by today's standards, but I love it.

There's some noticeable lag in play, despite the similar 6GB RAM, but a lower generation processor is having a little trouble keeping up.  I've noticed it especially when taking a picture that needs that extra little bit of processing (i.e. portrait) that with the 4XL I could just go straight into previewing, whereas with the 4a you can see it take a beat to process it before it can be viewed.

I'll give it a few more playdates over the next while and give you a full review in the next week.

If you've got questions, let me know and I'll be sure to include it in the review.