Review of the TCL 10 Pro - a decent alternative to flagships 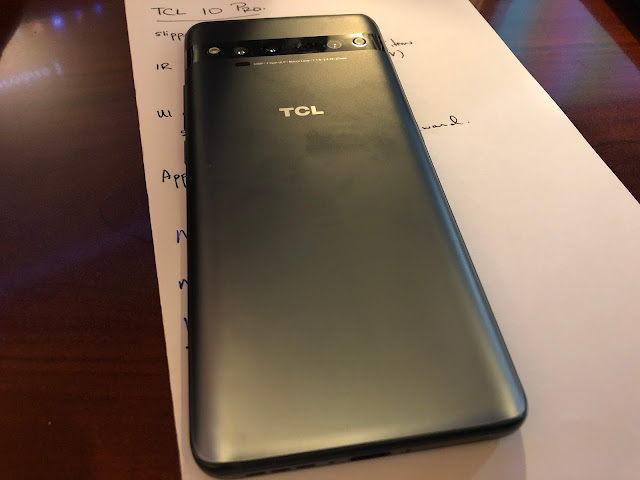 Flagships are getting expensive.

There are some alternatives out there.  Some not so well known.

You saw me unbox the TCL 10 Pro so this is my opportunity to give it a little more depth after using it for a bit:

So let's dive in.

Sure, it's not the top end 800 series processor or QuadHD display, but it's good.  It has this NXT Vision to help adjust the colour quality.

What I was really hoping it would have for specs but didn't was the Qi option and any amount of IP rating.

Let's go over the physicality of it.

The device itself has a good hand feel... it's slippery with the curves, so definitely you'll want a case or something (especially as it's not IP rated).

We have the traditional power and volume on the right side, and then a 'convenience' key on the left.  More on that later

On the bottom we have the one speaker and the USB-C port.  On the top is the headphone jack and the IR port.  I love IR ports.  More on that later.

Looking at the display itself it has a nice looking display with good reproduction of colours and resolution.  Not stunning, but good.

I do like how it has the 'notch' and not the punch out like some.  God I hate those... would rather NO top screen part. 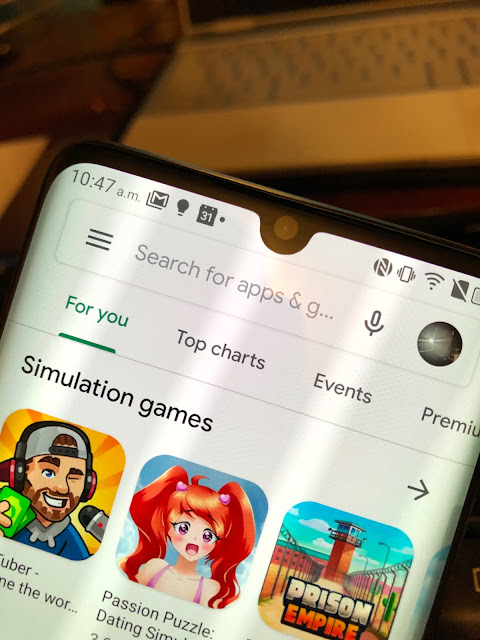 To turn it on there is the fingerprint sensor in the display and despite how it performed on the video above, actually I'd had no major issues with it.  Not as good as some, better than other, but best of all I think it's really in the right position.  If you don't like that (it's been good, but sometimes it has its issues) you can use a face unlock.

Anyways, turning it on you see there's not a lot of 'skinning' to this phone. It looks pretty stock style in it's interface and minimal amount of TCL proprietary apps.

2 of the apps you will see (aside from their own photo gallery, music, ...) are the screen quality app, and an 'optimize' (which wipes the cache, killing processes to 'speed up' your device).

There's also an app to customize the actions of the 'convenience key'.

The one part that hits you in the face on the outset is the way it organizes your apps in the app tray.  Defaultly, it sorts it by 'category' and it doesn't really make sense.  You can change it to alphabetical or custom, but if you didn't know it can be confusing.

Especially, as it says games but doesn't put all games in that category.

There is the IR control app, which is very user friendly and surprising the number of items that are pre-built into the database it has.  I didn't see an option to 'train' as my A/C unit wasn't on there, and I would have liked to put my soundbars as well.

Because of the edge curve, they've also taken a page from the Samsung phones and included a little 'swipe out' quick access panel to apps, calendars and a measuring app.

Wish they had made it 'widget-able' so you could use something like the IR app there without leaving what you're doing currently.

The Smart Key app allows you to customize how you use the button.  I like how it's easy to find and has 3 ways it could be used. 1 press, double press, long press.

Another neat feature I found was that if you used the thumbprint to unlock, but keep the finger there after it unlocks a 'quick action' pops up and then you swipe to the set actions.

Outside of that it looks like any other Android and works just the same.

Now, the item that can't be ignored is the near spider eyes amount of lenses on the back.  There are 4 lenses there.

There's the main, which is a fairly wide 64MP camera.  There's an ultra wide. And then there's a macro lens.  There is also a 2MP for depth, but I can't see how you select it, I think it's there to help with processing data in your other photos.

The photos themselves are not anything to really get overly excited about.  I've found them soft at best and flat for colour.  Not terrible, just not what I'm used to.

What I did like was the options.  It's a little bit busy to navigate all the options of the camera, but there are a bunch of cool options.  There's even a calorie feature - I guess for estimating what foodie-gasm you're about to have will cost you. 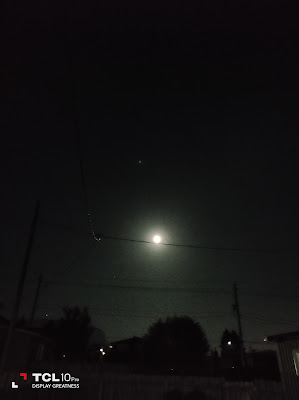 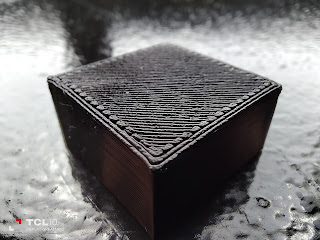 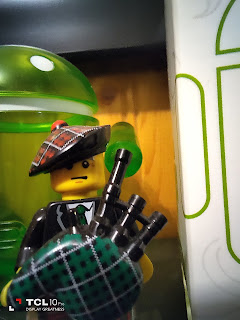 The 'light trail' options are my favourite.  Trying to get some cool shots while I've been out at swimming creeks or the like have been hard and near impossible with some phones.  What I especially like is that it provides a continual live preview of what you're getting while you're taking.

So if you're trying for a neat fire shot, light trails or those cottony water falls, it's easy to see what you're getting right away. 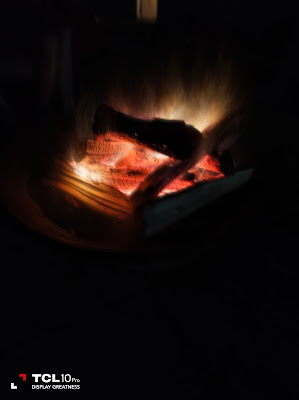 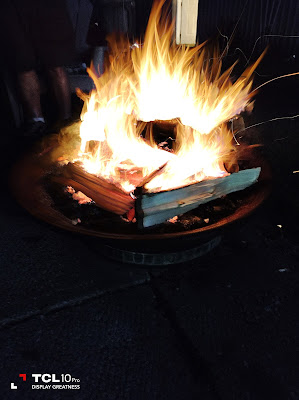 It has options but it still falls a little short of expected quality for me. 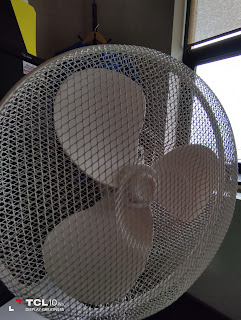 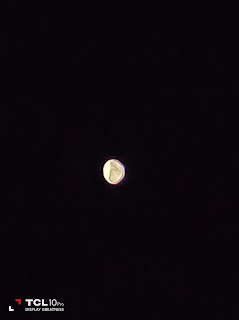 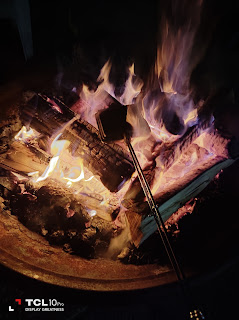 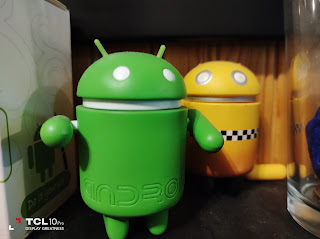 Then again, I don't think it's a make or break feature here.  They're decent, just not awesome.

Performance overall has been pretty awesome.  I've not noticed no dip in performance or lag.  I even played som ebigger games like PUBG and it actually performed quite well (even tho' I'm not used to playing on such a small screen that I was killed pretty well instantly after dropping).

I didn't notice any significant drag on to the battery and it was definitely performing quite well (especially as I never put in the LTE SIM so there was no other radio to worry about but the WiFi).

Overall, it's a decent buy.  For the price you're getting something just slightly shy of the true heavyweight flagships, and if you're not a super discerning ... well, we'll call it, enthusiastic user, then you'll hardly notice the difference at all.

For some it's going to be the question of "who's TCL?" to overcome rather than the true measure of the device, which is understandable.  TCL is a brand you may not recognize, but you do know!  The fact you may not immediately know it hopefully isn't a deterrent.

I think if you're looking for a good bang for your buck and not overly needy in your mobile requirements this is an excellent option.