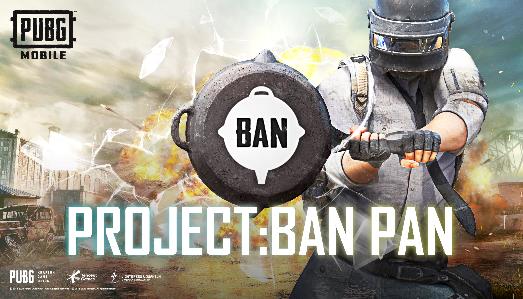 It's one of the few games I really enjoy playing and I'm not great at it, but I have earned myself some chicken dinners.  Not like that other battle royale game... no matter how much I had played it I just never improved at all.

That being said, playing any of those kinds of games can be entirely ruined as soon as cheaters enter in.  Ultra frustrating to have a hard game get exponentially harder no matter how you try to improve.

It's a quick way to have your players drop off en masse.  Well, one way they're going to help combat that in PUBG is their new "Death Replay".  Sounds cool.

I have to admit, that pretty much all my deaths in the game are the 'aargh... darn it'... and as soon as I'm dead it switches over to my murder and I see how they were able to kill me.  Nothing ever didn't make sense ... but this new Death Replay feature lets you watch how they were able to stalk and kill you (doesn't say how much in advance of the kill you'll be able to watch tho').  I like these kinds of features as you can start to learn how they were able to get you and hopefully improve your own play style.  I've learned a few tips from spectating or seeing how the player was obscured when they sniped me.

“BEHIND THE GAME: THE FIGHT AGAINST CHEATERS” Video released and Death Replay coming as a new measure of “PROJECT: BAN PAN” for anti-cheating


Today, PUBG MOBILE has released a behind-the-game video, introducing how the team fights against cheaters via the updated security system of “Project: Ban Pan.” The story is based upon a real case of a 10-years-banned cheater, who describes how the security system defends and how the security team works to protect the healthy gaming environment of PUBG MOBILE. Community members can watch the full video here to learn more.

Within the game, PUBG MOBILE continuously updates the coverage and accuracy of each security component, adding more samples of software and code to respond daily to new evolutions in cheating. Approximately 95% of violations and punished by real-time banning by security system automatically, while players can also report any suspicions to build a larger software database, which also helps with imposing offline punishment. Outside of the game, the PUBG MOBILE Safety Station website offers a place for players to report suspicious behavior more effectively and verify that punishments have been handed out as a result of their joint efforts.

As a new anti-cheat measure of “Project: Ban Pan”, the Death Replay function will be available in PUBG MOBILE in the latest 0.17.0 version update beginning on Tuesday, March 3, allowing players to immediately see how they were killed from the perspective of their opponent.

“Like our players, we've always had a zero-tolerance policy for cheating. To protect the fair and competitive environment of the game, creating a fair and even playing field is always one of our highest priorities.” Vincent Wang, General Manager of Global Publishing, Tencent Games, addressed the attitude of anti-cheating from PUBG MOBILE. It is revealed that the recent reported accounts have decreased 90% among the daily active users, compared to the peak, thanks to the upgraded system and players effort. Currently, about 8,000 accounts are banned for 10 years every single day.
Games Mobile PUBG