Alcatel bringing a Flip Phone to Canada with Google Assistant

Posted by Ryan Moore on March 30, 2020
Just had a discussion the other day about not being able to find a flip phone anymore... and I don't mean the foldable kind.  There is still a cellphone generation that doesn't want all the bells and whistles and just likes that little flip style cell.

Well, Alcatel is bringing the Go Flip 3 to Rogers and the neat thing is that it will run with the Google Assistant...

...so, it's a nice hybrid in between the old flip and a smartphone.  Not going to run Android, but a simple KaiOS that still lets you access the main Google items. 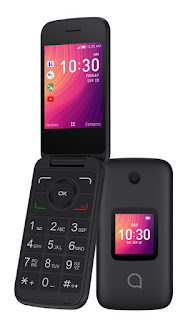 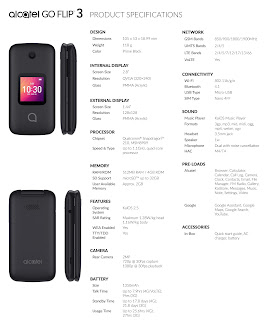 Rogers has updated the pricing.  It's $75CDN outright and $0 on a plan.  https://www.rogers.com/phones/alcatel-go-flip-3?colour=black&storage=4gb


The Alcatel GO FLIP 3, to be available on Rogers, is the first flip phone in North America to feature Google Assistant integration, making it easier to dictate texts, make phone calls and access other Google services and apps on your device.
The GO FLIP 3’s key features include: