Ooh, a mid month update, must mean more than just security right?  200MB is no small download, but when I saw that it had to deal with 'improving fingerprint recognition algorithm' I was hoping that it would mean faster unlocking.

With the poor wifi in my office I let the download through on LTE...

Unfortunately, the response is still about the same.

I don't think the delay I have with the fingerprint is so much the recognition part.

This is the main issue I have with the GS10.

Moreso, it seems that the noticing that I'm actually pressing the sensor, that is what seems to take a while.  Once I sort of see the 'ripple', the device opens.

But it still takes about a second or 2 before the device has that 'ripple' meaning it's starting to read.

C'mon Samsung, make it faster!  The Huawei is near instantaneous.

Samsung's facial recognition is way better, but it's pretty intermittent.  Sometimes in dark rooms it's perfect, other times in dimly lit rooms it's not working.  Wear a hat and it will have difficulty.

Great phone, but this unlocking is the bottleneck to enjoying it. 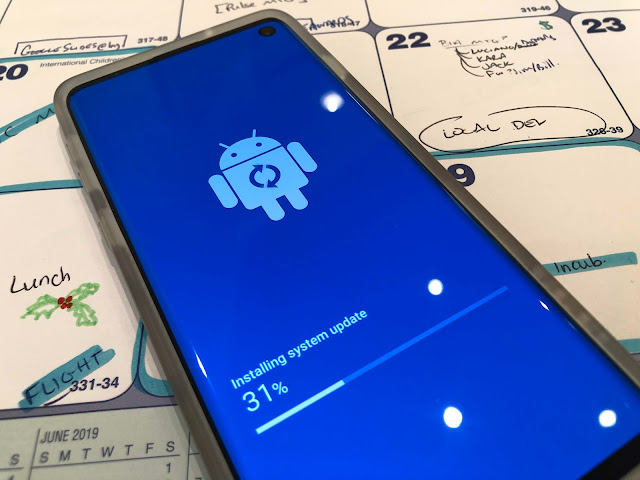