Posted by Ryan Moore on November 18, 2019
So, I used to have a nice set of earbuds for the gym.  I don't need a super fancy type, just something I can toss around and sweat with.  I lost them.  Trying to find a decent replacement is tough.  I think I just came across a nice replacement option. 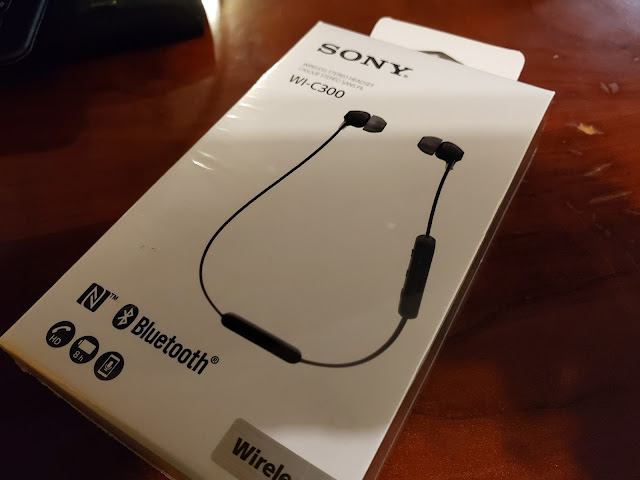 Sony WI-C300 wireless earbuds.   Runs about $60CDN - so it's a little on the pricier side but it's got a couple cool things. 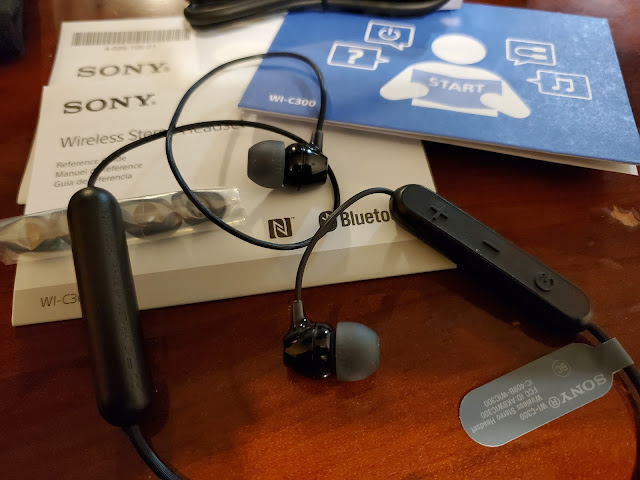 What I really like about it is that it has the NFC pairing option.  Now, for my specific use case, I don't need my phone - I want something that pairs to my watch, and my watch doesn't have NFC, so it's a moot point, however, it's still useful... and I just love that unique feature.  Why don't more do this?!

It has the typical simple wireless buds.  There are no 'hooks' to help keep it in my ears while I jog, but I found that it's actually a small enough bud to fit really well into the ear and stay there.  Very cool.

The cord is a little thinner just before the buds, but they still have held up after a few sessions at the gym.

More surprisingly was that for the tiny size it actually reproduced a nice sound.  Not only was it louder than some of my smaller over the earmuff styles (and not just because it's smaller and shoved in a little more), it had a really good bass.  Sure, it's not got THUMPING, but it was surprising how well it handled.

Right there, it's worth its price I would say.  I've found cheaper for sure, but you sure hear it as cheaper.

A cool neat feature is that it has NFC pairing for you.  I've seen some of these on portable speakers, but not on headphones for a long while.

I love NFC... I really wish I could use it more often. 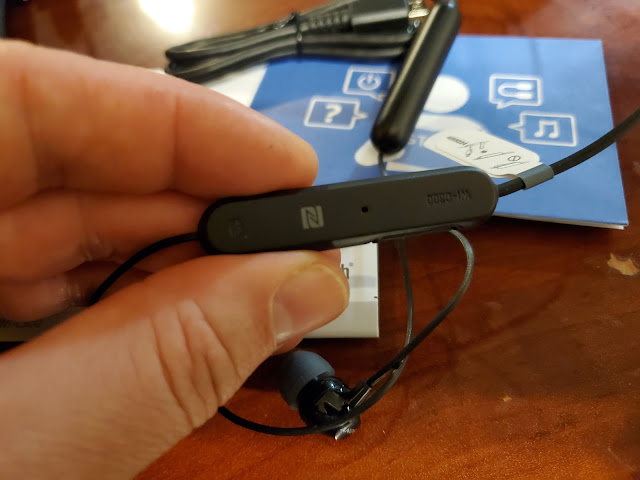 What was really fun was taking it out of the box, not doing anything but putting the charged set to my phone, it just pairs.  Sure there was a prompt, but that's all.  No long pressing to put it into pairing mode, no looking on my phone waiting for it to show...

Then tap it again and it disconnects.  Simple.

God, everything should be this simple.

Hmm... so I can use it for both without much issue at all.  That's handy!

So it's not all roses.  I love it... however, the cord feels a little flimsy. 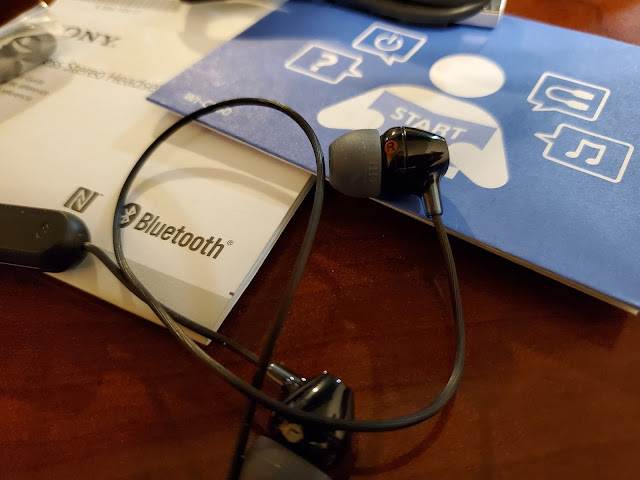 Then the big thing... the control 'fob' piece is on the left side.  I had to look over the box to see if it was a left handed specialty item... but no.  Every set I've run into over the years has always had the controls on the right.  Having them now on the left felt real... real... REALLY awkward.  I kept reaching up with my right hand to my right ear, and then have to reach across my neck to the other... trying to use my left hand felt like... well, have you ever tried writing with your non-dominant hand?  That's how it felt.  Weird.

Using it not only is a little awkward because of what side it's on, I also noticed that the button order is a little... different.

Usually, the buttons are + Action -.

So the top is volume up, the bottom is volume down, and the middle is the play/pause. 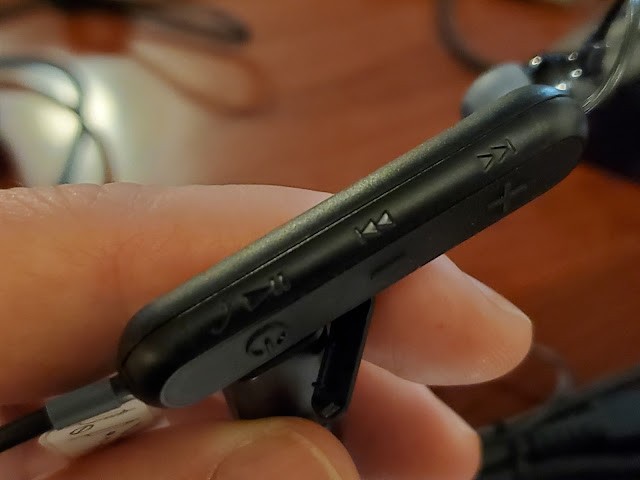 It's different, and you'll feel what the buttons are, but still a change-up from what you may be used to.

It's nice tho', that the + is the 'skip' on a long press, as that's the most intuitive.

Then the big battery piece is like a big 'bar' in the middle of the cord.  It should sit about the middle of the cable and around either the back of your neck or the throat.  It's a little cumbersome, but hardly as noticeable as you'd think. 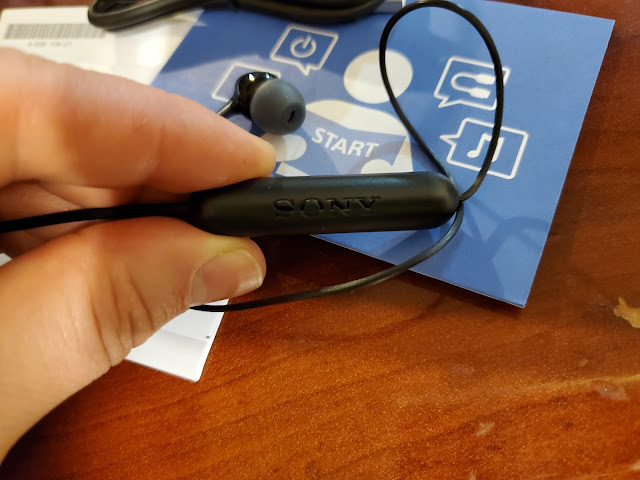 The battery does help tho'. It says it is 8 hours, and there are lots of earbuds I've used over the years that say they are 8 hours, but rarely get to like 3.  These have lasted about 3 hours of use before it even registered having lost a percent.

About 5 hours of use and it's about 90% left it says.  Even if it accelerates as it nears the end, it's definitely going to make the 8 hours claim.