Posted by Ryan Moore on November 22, 2019
So I didn't get a chance to talk about it's announcement, but this looks to be a pretty neat phone. 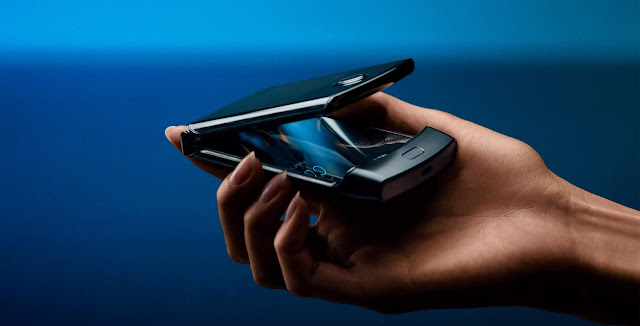 There are a lot of the people I know that had one of these.  Now, I didn't.  I had the original Motorola StarTAC, if you remember those.  Good phone.  And by the time we got to digital, I was into the Sony-Ericsson T226, which had the old .jar games on it and midi ringtones.  I had a Palm Pilot already, so I didn't need the flippy phone any more.

But there are a lot of nostalgic people out there who like this, and techy folks like me who just HAVE TO HAVE the neat toy.


And finally... finally, a foldable that actually looks like it's got a real 'purpose' to it.  The Mate X and the Galaxy Fold just look like experiments in foldability, whereas this seems to serve a need.  Maybe that's just me.

So, it's a clamshell style flip, with a mini screen on the outside and then you flip it up and you have a LCD the whole length of the phone.  That's definitely not just for novelty sake.

But it looks like it will come to Canada in the new year.  We'll await to see what may change by that time, but in the US it's $1500 to get, so that's almost $2000 in Canadian dollars.  That's a hefty bill for some nostalgia.

For that the specs (like most 'beta' phones) it's pretty skint...

So, small small battery, but a LOT of storage... maybe with the less than QuadHD display, that battery should go a pretty good amount of time.  Putting the fingerprint sensor right at the chin makes it all the easier to sense and make sure it's read by the time you've flipped it open.

I guess we'll have to wait until next year to see what comes of it.