My initial thoughts with the new Pixel 4

Posted by Ryan Moore on October 24, 2019
Some hiccups with postal service meant there was a delay in getting a chance to play with the new #MadeByGoogle Pixel 4.

It was so far met with a lot of bloggers with a collective 'meh'.  How will that be able to unseat the Pixel 3 I loved so much. There was a lot that I was concerned over.

The big one being the loss of the fingerprint sensor.  Not even an under the glass one.

Well, watch my video outlying some of my main thoughts thus far.

It's not a total write off.  I have to say that even since recording that, I'm enjoying it more.

The 90Hz display is really nice.  Especially if you view it like at a bit of a distance, you really notice how fluid it is.  Really nice.

Being able to transcribe something is neat, and seeing that you can move that little captioning around the screen is cool.

But that ungodly chin/blank space under the spacebar is highly annoying. 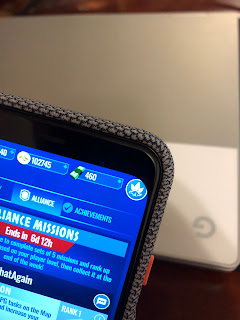 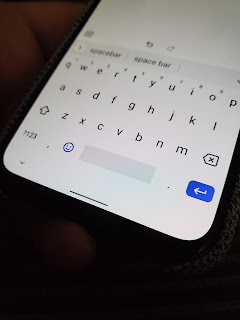 The face unlock is working like it should ... but my son pointed out that it can actually unlock with my eyes closed.  Sure enough, it did (a couple of times).  That's unsettling.

The camera tho'... I'm still loving that camera. 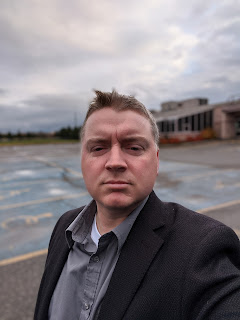 Took me a while to get used to the fact that the HDR+ isn't there, rather what happens is you have to touch the scene and then you get the shadows/highlights sliders where you can play around with the settings and have that Live HDR display.

It's cool to see it live, but I still like the "Google Magic" to happen.

The camera is still phenomenal and love it.  I can live without the wide angle, and only once or twice went "dang, I can't get as wide with the selfie like I used to".

Anyways.  More testing will have to be done.  I'm hoping Google will swap me for the XL at some point.  Having the bigger battery will be important for my anxiety over percentage.  The upshot to having a smaller battery is that sure it drains a little faster, but, heck it charges fast too.

That said, I do have to say that If I just let it go and go without charging, it does last a good time, it should get me through a day (I drove 90 minutes with it blasting out tunes from Youtube Music the whole time and it was down about 25% ... hefty, but that's some solid use).

That's my thoughts, what are you thinking about?
Google initial impression Pixel 4 Review video