PUBG has a lite version for mobile

Okay guys, PUBG... as much as my son has turned his back on it to play that other battle royale game, it can't be ignored.  PUBG is big.

Not just in terms of player base, but the fact the game, like other high class games, have a big spec requirement.

Well, to help with adoption, PUBG has now released a 'mobile lite' variant.  So folks with older phones and tablets could still play even though their phone isn't the latest and greatest. 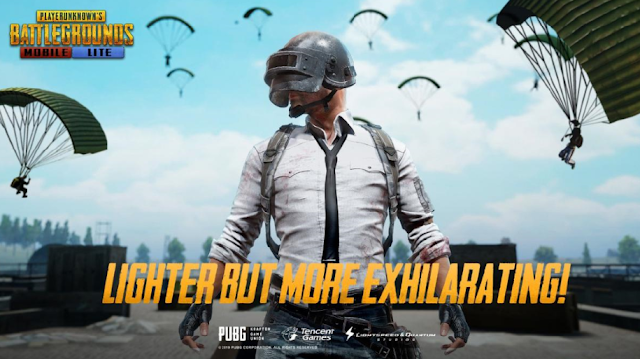 So my parents won't have that excuse any more if my son wanted to show them something on their phones in the game.

Makes total sense in areas where the game is highly popular, access to higher end phones is limited, and disposable income isn't as high.  Having it be able to work on some of those Android One devices would be critical for more market penetration.

After the swift rise in popularity of the blockbuster PUBG MOBILE, the developers have designed PUBG MOBILE LITE to be compatible with a wider range of devices. With the core idea of being able to play anytime, anywhere and on any device, the developers have launched this version optimized for more smartphone devices with a lower RAM, to offer an uncompromised gameplay experience to all its fans around the world. PUBG MOBILE LITE will be available in more regions of Europe, North and Central America soon.

Built with Unreal Engine 4, this version of PUBG MOBILE is compatible with even more devices and optimized for devices with less RAM without compromising the gameplay experience that has attracted millions of fans around the world. PUBG MOBILE LITE features a smaller map made for 60 players, delivering faster-paced games that last 10 minutes while keeping the traditional PUBG MOBILE style of play. With an installation pack of just 490 MB and built for devices having less than 2 GB RAM, PUBG MOBILE LITE is set to run smoothly for all players. New players joining in will be eligible for various rewards, in the form of new gears and vehicles.

Key features on PUBG MOBILE LITE:
●       Enhanced Aim Assist: An all-new auxiliary aim assist makes aiming simpler while playing in weak network environments. The intensity differs between the crawling and standing positions, simplifying the control while preserving the unique PUBG MOBILE experience;
●       Upgrade to Winner Pass: The Winner Pass replaces the Royale Pass and will have much faster achievement unlocks and span a month, with fantastic rewards on offer;
●       Bullet Trail Adjustment: PUBG MOBILE LITE will feature increased bullet speed and no bullet drop effect, for a clearer shot which is specially made to account for weak network environments;
●       Weapon Recoil Suppression: The adherence mechanism also suppresses the weapon recoil to a certain amount, which facilitates game-control and makes for a better experience in weak networks. Different guns have different gun pressure effects, highlighting the different experience of each weapon;
●       Extended Time to Kill: The update will also appropriately increase the ‘Time to Kill’ which would enhance players survivability during firefights and encouraging aggressive play;
●       Location Display: The map will expose a shooter within the mini-map’s range, providing simplified battle info extraction and increased battle speed;
●       Heal while Moving: Players will now be able to heal themselves in all stances, except when they are prone. This is particularly useful in high latency conditions where movement actions might inhibit the healing mechanic in game. This will help speed up the game pace and increase survivability;
●       Building Areas/Supplies optimization: Building density and loot frequency has been increased to expedite the looting process and enhance the battle progression;
●       Map Quality Optimization: The game will also feature optimized map quality and the parachute loading screen;
●       RPG and New Firearm integration: With PUBG MOBILE LITE, players will now get to experience a new wea
Games Mobile PUBG PUBG mobile lite