Posted by Ryan Moore on July 26, 2019
Say what you will about the Fortnite dances, I still think they're silly.  Having some music is better, and FN's music is pretty... cartoony.

PUBG, has partnered up with Alan Walker to have a new theme song which definitely shows that this is not some kidsy game. 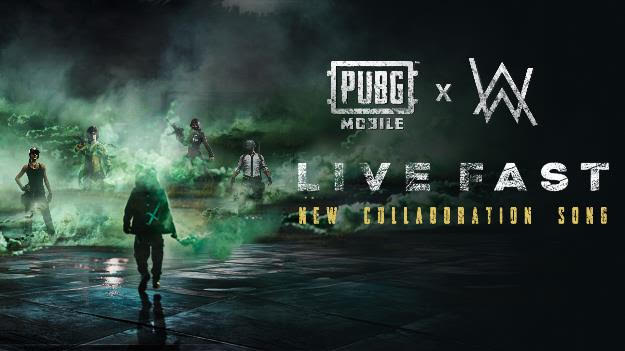 LOS ANGELES – July 25, 2019 – World-renowned Norwegian DJ and producer Alan Walker is teaming up with PUBG MOBILE again to release an exclusive song “Live Fast” as a brand-new collaboration. The acclaimed musician will also drop in live on Day 1 of PUBG MOBILE CLUB OPEN 2019 SPRING SPLITS GLOBAL FINALS at July 26, to participate in a show match and debut his new tune with an exclusive live performance.
Earlier this month, players logged into PUBG MOBILE and participated in an in-game event with Alan Walker challenges. Players who completed all challenges unlocked the opportunity to listen to the upcoming Alan Walker xPUBG MOBILE track “Live Fast” ahead of its global launch date. Players can still also get two sets of rare Alan Walker in-game items to customize their avatars to match Alan Walker’s signature style.

As a special part of his collaboration with PUBG MOBILE, Alan Walker is also set to team up with nine community-selected influencers and celebrities from around the world, including 2018-2019 NBA Most Valuable Player Award recipient Giannis Antetokounmpo for a star-studded show match in Day 1 of PUBG MOBILE Club Open 2019 Global Finals at July 26.

Alan Walker’s collaboration is just one of the events at this weekend’s global finals in Berlin, where the top 16 PUBG MOBILE teams from regions around the world will duke it out for ultimate rights and a slice of the $2.5 million USD prize pool. Community members can tune in to witness this historic competition unfold live at July 26 from the official PUBG MOBILE Esports YouTube Channel here.