Posted by Ryan Moore on June 26, 2019
So the cellphone plan folks are at it again.  Trying to go to war with each other to get your cellular dollar.

Remember the 'mythical 6'?  It was a plan that was 6GB of data.  Unheard of at one time.

Then I was able to get on the 10GB plan with Bell.

There's a lot of competition (despite there really only being the big 3) out there, and yet still, we pay some of the highest data costs in the world.

Recently there's been a new twist to the 'price wars', and this time it's with the 'unlimited' trick.

They throw the word "UNLIMITED" at you, so you think it's going to be hella good.  But the devil's always there in the fine print.

Essentially, there are a few plans out there now that will let you do this.

Bell is the same, but they even offer up to 50GB for $125 before you get throttled. 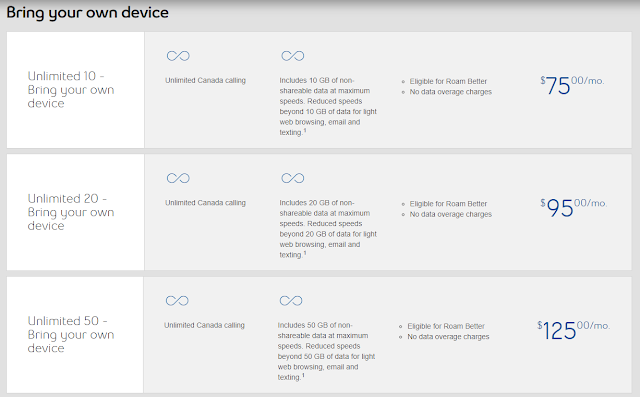 Rogers' Infinite is pretty much the exact carbon copy. 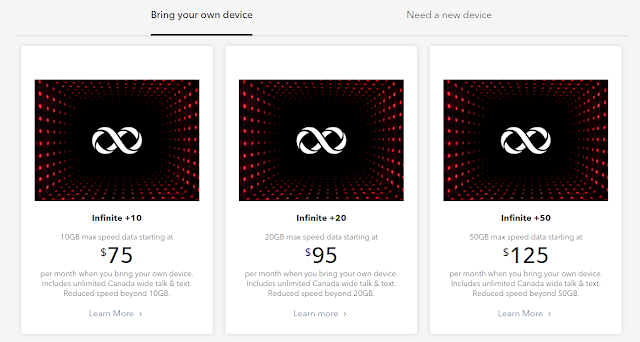 But, do you really need unlimited?  Is 10GB not enough?

For me it's way more.  Sure, having unlimited would be cool.. but adding another $10/month, on top of already adding my mobile roaming per day fees and everything else that keeps going up... they're really trying to wring every last penny out of us.

When's it going to stop?

How about you?  Are you interested in these plans?