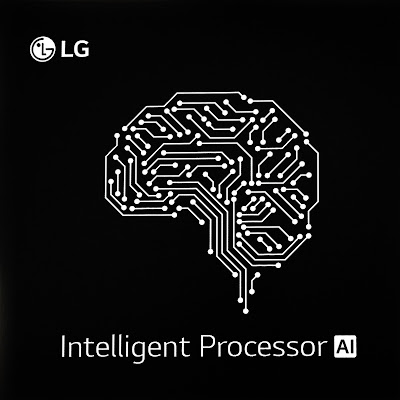 I have just come back from Toronto this week for a trade show and the number of booths that worked on 'artificial intelligence' was amazing.  I imagine getting to Collision next week will be a lot more of the same, but with an international flavour.

This upcoming frontier is going to be digital, and it's going to be data-centric.  Being able to take huge quantities of data and turn it into something intelligible or have tangible meaning for us is going to mean having good AI.

LG is stepping up the acceleration of that by starting on the development of their own on-board AI chips.

After watching the Google I/O event last week there, seeing what having that contained within a phone/device will be pretty cool.


LG TO ACCELERATE DEVELOPMENT OF
ARTIFICIAL INTELLIGENCE WITH OWN AI CHIP
New AI Processor with LG Neural Engine Designed for Use in Various Products
Including Robot Vacuum Cleaners, Washing Machines and Refrigerators

TORONTO, May 17, 2019 — As part of its strategy to accelerate the development of AI devices for the home, LG has developed its own artificial intelligence chip (AI Chip) with proprietary LG Neural Engine to better mimic the neural network of the human brain to greatly improve the processing of deep learning algorithms.

Products utilizing the LG AI Chip take advantage of the On-Device AI to operate even without a network connection. LG’s AI Chip also employs a powerful security engine to better protect personal data from external hacking. Processing that does not require high security is designed to run in a general zone and jobs that require higher security run in a separate hardware-implemented security zone.

LG’s AI Chip is designed to enhance the recognition performance in the products it powers such as an advanced image recognition engine for simultaneous localization and mapping (SLAM). For example, its powerful image processing function corrects for distortion caused by wide angle lenses and generates brighter and clearer images in dark environments. LG Electronics plans to include the new AI Chip in future robot vacuum cleaners, washing machines, refrigerators and even air conditioners. In addition, LG will expand the reach of its artificial intelligence solutions through collaborations with outside companies, universities and research laboratories.

“Our AI C​hip is designed to provide optimized artificial intelligence solutions for future LG products,” said I.P. Park, president and CTO of LG Electronics. “This will further enhance the three key pillars of our artificial intelligence strategy – evolve, connect and open – and provide customers with an improved experience for a better life.”
LG