Posted by Ryan Moore on March 06, 2019
So, this was a feature that came out with Android 9.0 and I remember it (or was it sooner), but I quickly forgot that it was there.

Someone reminded me of the feature a while back and it's like a whole new innovation and I've found some great usage for it.

The feature is using the "Shortcut activities".  Similar to how iPhone introduced 'force-press' where force pressing on an app icon you can have quick access to a specific task or feature of that app. 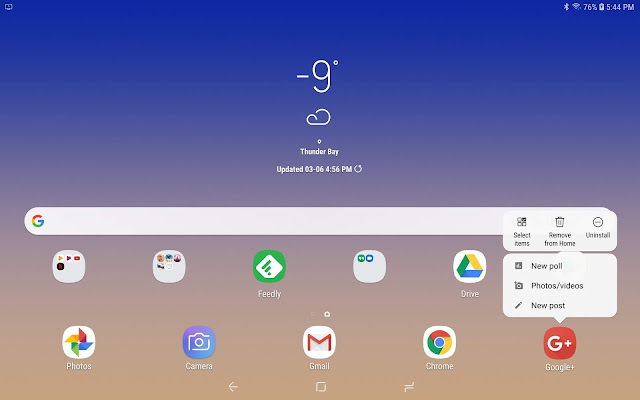 Android Pie introduced that as well as part of a 'long press'.  Not every app has these activities listed tho'... the developer has to integrate it.

The added benefit that you can do with Android that I didn't recognize when they announced it was that you can long press on that 'activity' to make that activity it's own shortcut that you can put on your homescreen.

Okay, it's hard to describe what's happening.  It's best to see it... so I made a quick video below.

But here are a few examples:

And many more... just long press any app and see what they do.   Chances are if there's an app you use a lot and there's a specific task you have that app do, it might have that shortcut.  Way simpler than a whole widget.