Posted by Ryan Moore on March 05, 2019
My son and I have a little fight going back and forth, which is better:  PUBG or Fortnite.

I used to say PUBG, but now I'm really only saying it as I know it annoys him.  I just haven't had much time to play either lately.

I did give PUBG's new update a try the other day with them introducing some Resident Evil to the game they have a new mode called "Survive Till Dawn" where aside from other players, you have to survive against some roaming zombies.

It wasn't bad, until you get later in the night and the zombies get harder and harder.  Got myself cornered in a 2nd floor trying to fight them off.

Check out their press release: 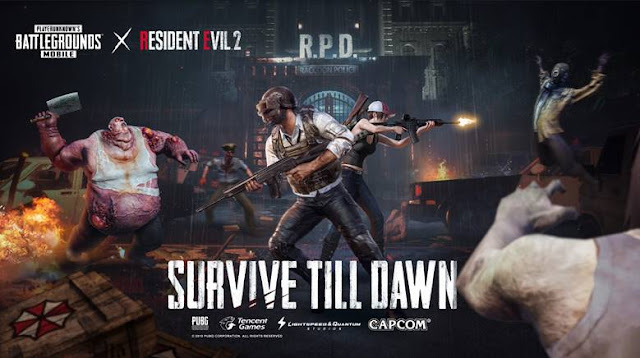 LOS ANGELES, – March 5, 2019 – In an ongoing partnership, Tencent Games, PUBG Corporation and Capcom Co., Ltd. (Capcom) have brought the world of Resident Evil 2 into PUBG MOBILE with a special mode, Survive till Dawn, which drops hordes of the undead shambling onto the game’s Erangel battleground.

Today, new content focusing on classic characters from Resident Evil 2 can be unlocked in PUBG MOBILE. Players can customize their avatar with the Ada Wong and Marvin costumes or change their appearances with the Leon and Claire Skin Sets. An official promotional video that highlights the latest content from the PUBG MOBILE X RESIDENT EVIL 2 crossover can be seen here.

Additionally, PUBG MOBILE has earned a global feature on the App Store since Survive till Dawn gameplay mode launched. Players in different regions can win two exclusive items: A Resident Evil themed frying pan and an Elite Operatives suit to turn their avatar into a zombie-fighting hero. 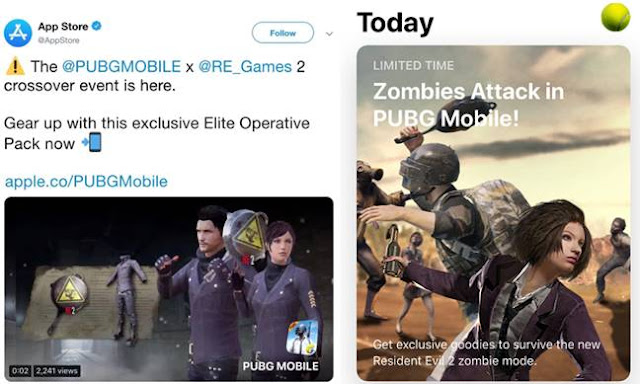 PUBG MOBILE is available to download for free on the App Store and Google Play.