You want a gaming phone, ROG's got you - now available in Canada

Posted by Ryan Moore on October 23, 2018
Okay, so my son has his phone just FILLED with games.  I've given him an older phone, because I'm not about to pay too much for something for him, and it's got limited storage.  So he can't play all the games on it.

Lately, like most kids his age, he's obsessed with Fortnite.  And it's still not great on phones... so now he's bugging me for a new computer ... or a console.  I don't want to do that.  I like being mobile and staying there (is that oxymoronic?).

So, over the past while, Asus has really been building a brand for themselves as the "Republic of Gamers" and having good hardware for PC gamers.  I've not really paid much attention as I've not really been a 'gamer' ... but now they're making a phone.  The ROG phone. 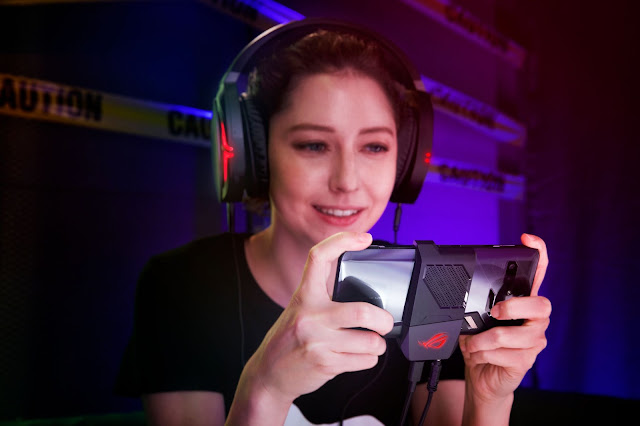 This is a $1,200CDN phone, that's built for gamers.  It's as expensive as a top end flagship, but has all the potential accessory options to really make gaming the focus.
So, before we get into the accessories, let's take a look at the specs:
So, it's got the guts to be a top end device that some folks are already paying that much, or near it.

But the big advantage is some of the extra accessories it's built to take advantage of. 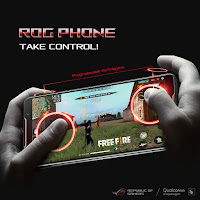 Like, it has 'air triggers', so a non-physical 'button' on the side of the device to sense when you use it in some games you can have those shoulder buttons.

Wonder which games that would work with? 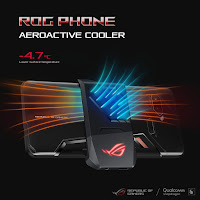 Then there's this cool attachment that allows it to be a cooler.

I have a game pad for my computer that does that and man, that's handy.

That adapter on the side also has some outputs for not only headphones but USB-C for charging or video output to another monitor and they're facing downwards so you don't have to worry about your hands fumbling over the ports and wires etc...

There's a stand you can get specifically for connecting out to monitors and plugging in other accessories. 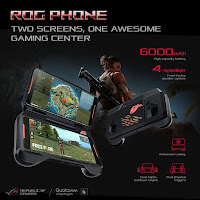 There's joysticks similar to the Switch for the sides of the device, and even... get this, a second screen 'case' that makes it like a Nintento 3DS.

The accessories won't be available for a little bit, but the phone itself is ready for pre-order at BestBuy (in the USA you can get it from the Asus online store).

Who's serious about their gaming?