Surfshark is a VPN with some added features

Posted by Ryan Moore on October 21, 2018
Online.  We spend a lot of our time online these days.  Our phones, our laptops ... my wife was just out of town at a conference for a week and we needed the internet to stay connected and video chat with our son.

The internet is important.

Unfortunately, nefarious folks out there know that and are finding ways to use this as our vulnerability.  Protecting yourself online is important.

One way to protect your online traffic is with a VPN.  We've talked about these options before.

Another option for a VPN is when you're on a network that wouldn't normally allow you traffic to a source they don't want you to have.  Went to a school a few weeks back and connected to their free wifi, but you couldn't connect to most websites or facebook etc...

A VPN is a way to get around that.  Essentially, all your traffic from your phone goes through this special tube and then goes out to the internet under that tube before it resurfaces and then gets what it needs on the other end and then goes back into the tube back to you.

This protects it from prying eyes (by encrypting the data) and hiding from blocks set up by routers for certain sites. 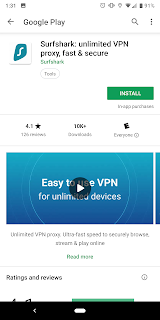 Surfshark, aside from being a cool name for a browsing tool, is a VPN that has a neat feature called Split Tunneling.


In the last VPN I reviewed it had the issue that if I put on the VPN then some apps don't like that (like Netflix) and denies me access. 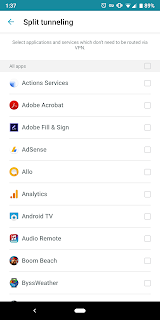 What Split Tunneling does is allow certain apps exclusions to the tunneling.

So, most likely, you'll want to set up an app like Netflix to not use it.

But, if you have other apps that require you to be where you are... then you'll need to include that.

The VPN service is not only an app for your phone, but a service you can add in on your laptop, Chromebook, desktop, whatever.

If you're using a corporate device like I do at work, I can't install apps, but I can install Chrome extensions ... so I can still get to use it by installing their extension.

For your subscription to the service, you get unlimited 'users' (i.e. destinations where it can be used from).

So, how much does this cost? 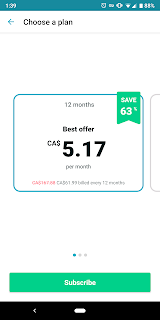 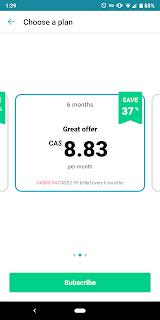 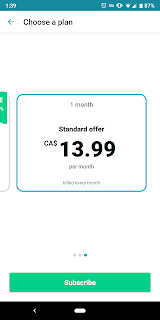 At the month-by-month rate, it's a little more expensive than others, but buy it at the yearly and you can more than half that rate.  But you get that neat feature of 'splitting' or 'excluding' apps.

Also, you get a 'multi-hop' feature.

Essentially, you add another tunnel in the chain. 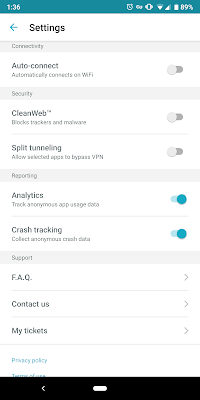 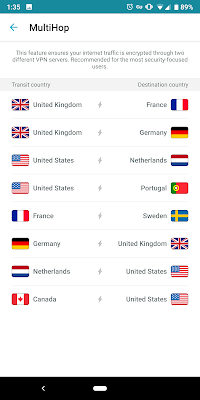 So, if you're extra paranoid, you can jump through a few tunnels to get your info ... a couple of extra twists and turns for your security to help throw the scent off of any would-be folks.

In the end, you may not ever use it... but when you do, it can come in handy.  Travel lots, spend time on "too public" a wifi hotspot ... a VPN can put your mind at ease.