Posted by Ryan Moore on October 10, 2018
Okay, so this just was announced yesterday.  I'm excited to give it a try! 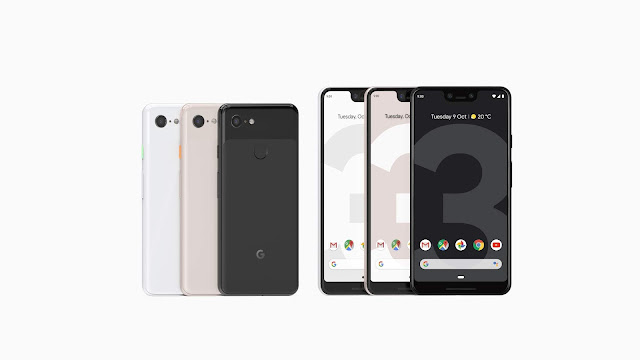 [it just came in today actually... but shhh]

Anywho, it was interesting to hear from the launch a few of the neat things that came out from it.

First off, because it is a Qi enabled device, having a glass back was a must.  But, they were able to make part of the back matted, so that it had a texture and still look of the 2 tone that the previous Pixel devices had.  (I also didn't know that Qi was pronounced "chee")

The device also spouts out its stereo speaker 40% louder than the previous too.

Then there are the camera upgrades.  Sure, it's got the same hardware, for the rear ... but they've upped the selfie to have a secondary shooter there to do ultrawide.

The interesting bit comes in the fact that they've upped the software on it.  It has a 'top shot' - similar to how Samsung has done for some time where they take some pictures just before and after you squeeze the trigger and you pick the best.

The camera is so good (I wonder if the DxOmark will be any different?) that they had worked with some top photographers to do photoshoots to get on the front cover of 7 different magazines.

They've also upped the 'playground' mode with more AR stickers etc...  Maybe these updates will come to the Pixel 2 too?

Then there's my favourite feature of the new Call Screening:

I don't receive that many calls from numbers that I don't know ... so not sure how much I'll be able to use it.

The last is that they've built in Titan M security.  I'm not sure what it is, but it's apparently the security they run on all their networks to protect data, so that by puttig it on the phone it encloses your data securely into their loop of protection.

Now, in order to take advantage of the Qi, they've also come up with a new stand that runs for about $110CDN.  This stand not only charges it, but turns it into a bit of a picture frame and essentially Google Home mini.  Cool.

For more details check out their post or product page.  Better yet, go watch some of their videos showing off the features.
Google Pixel 3 Pixel 3 XL Pixel Stand