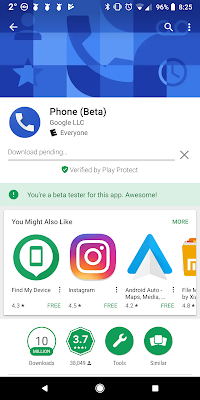 So, over the years Google has been doing some neat things with Android.  Some WTF stuff as well as cool.

One nice thing with the Android system has been to separate out some of the core apps into their own, that way they can be updated outside of full system updates and be handled through the Play Store

The latest option has been with the Google Phone app.  You hardly think of this as it's own app, but it really is!

Like some apps, you can go into the Play Store listing and choose to enter a beta programme for it. 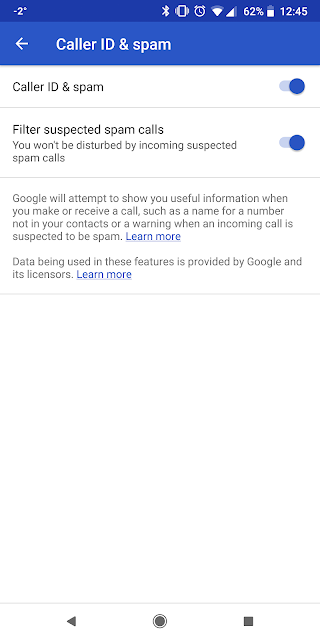 If you enter into the beta programme for the Phone the latest beta brings in the option to now help filter out known spam numbers.

Sweet.  It apparently has a 'known list' that when they call will then go straight to your voicemail.

To be honest, I can't recall the last time anybody other than my parents actually 'called' my cell (maybe the garage who was fixing my car here or there).  But good to know that it can reduce the chance!
app updates beta Google Phone Phone spam