Ringke Onyx for the LG G6

Anyhow, I've been debating going back, but I'm getting used to putting some sort of protection on my phones now.  And the G6 has had some 'battle damage' scrapes around the cameras.

So, let's find a case.  I have with me the Ringke Onyx. 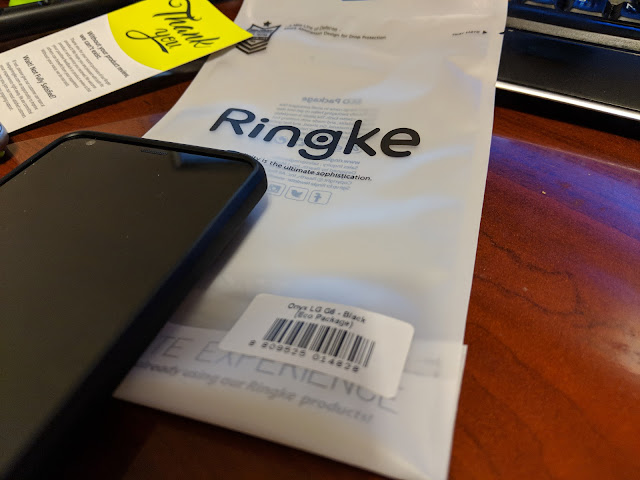 So it was weird, of the other cases I received, the Onyx was the one that came with desiccant.  Not sure why.

It slips over the phone very easily due to the 'tpu' style of it.


The buttons are raised out, and the back has a bit of a lip for the finger at the bottom of the hole for you to ensure your finger places just so. 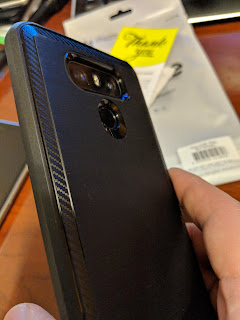 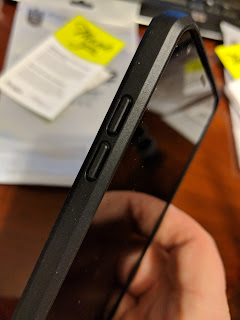 Best of all, it allows itself to be placed face down.

Now the back feels like it's a bit ... of a curve.  Like it's got some funk in the trunk, but it must be due to the 'shock absorbent' style on the inside.  No matter, the Qi still works through it. 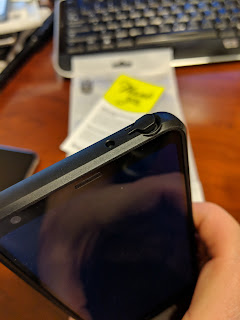 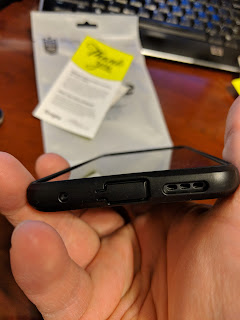 The only down side to this case is the fact that it's got flaps.

I could care less about flaps over the headphone jack.  I don't use it.  But the flap at the bottom I could see as being cumbersome.  Thankfully, the Qi still works through it, so I necessarily wouldn't have to worry so much.