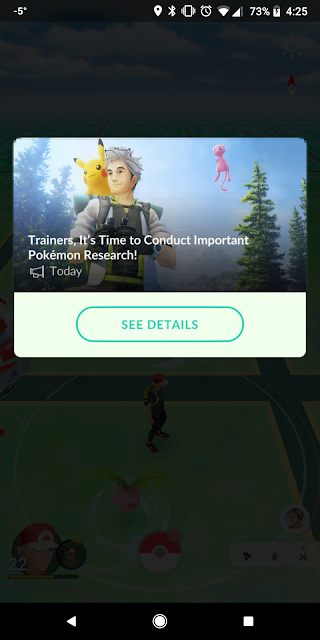 So, often, after a game gets some initial rush and huge influx of people it's hard to sustain so they have to introduce new features.

Pokemon Go had a huge run as being the wildly popular game that everybody had to play.  But after a while it gets a little stale.  Well, let's bring in new features.

The most recent update has brought in new training features.  There are a lot of the players who have 'topped out' and there's not much more to do except just keep raiding and trying to catch the elusive few more they don't have.

The new training will allow players to have some new actions to do to earn more experience and items. 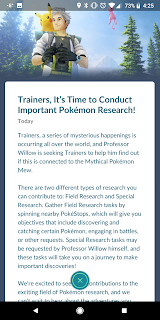 First up is the Special Training.  This is a series of specific tasks that you'd be required to do each day to earn a daily in order to earn a stamp.

Earn so many stamps and you've completed that research and get rewarded with some special prizes.

Then there's the Field Research.  Apparently you'll learn what is needed to be done there by spinning different Pokestops which will give you the tasks. 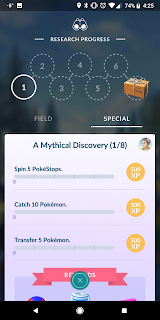 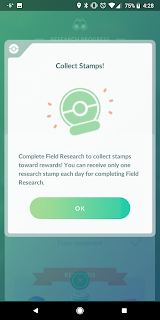 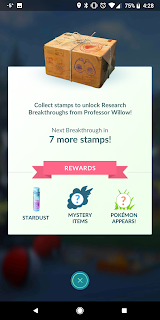