Posted by Ryan Moore on March 22, 2018
A while back I had talked about what my favourite device from 2017 was.  I waffled between saying the LG G6 and the Google Pixel 2 XL but vaguely gave the G6 the nod.  And since, I've had a few other discussion points where I always had said that I should go back and give it a real second look.

A little over a week ago I did just that.  Wiped my watch, swapped the SIM and re-updated all my apps so that the G6 was the 'lead' device. 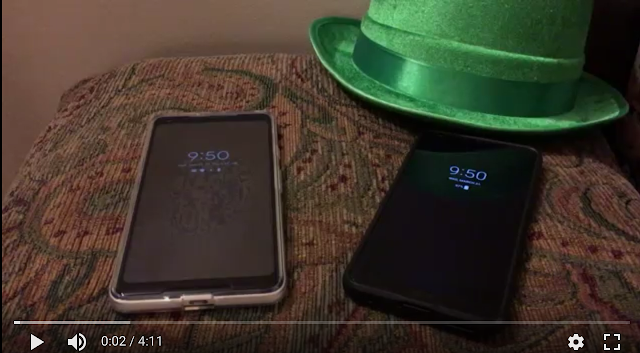 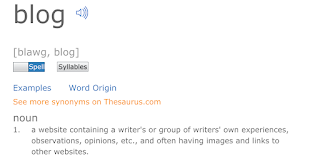 Okay, so this is going to be an opinion piece... like most of my pieces here.  I mean, it is a blog after all, right?  Blogs are meant to be opinion pieces, right?


Setting everything back up didn't take much issue.  The biggest headache for me is setting up the apps like WhatsApp, Duo, etc... even more so was setting up my watch up.  Having to wipe it between devices is a real pain... hopefully with "Wear OS" they can fix that.  Real pain having to re-setup my Wear apps, my music that's cached on it etc...

Okay, but that's not what you wanted to read about, my issues when swapping devices; you wanted to find out what my thoughts were after doing the swap.

So, yeah, essentially, I lasted just about a week before I swapped back to the Pixel.

Why did I switch back?  Keep in mind, that any of these discussion points is not a deal breaker.  It's not saying that the G6 is 'terrible', just that I preferred the version on the Pixel more.  Were the Pixel not an option for me, I would have been more than happy to stay on the G6... just the Pixel actually edged out.

Cons (of going back to the G6)

- So, I mentioned I preferred the size of the G6.  And I do, however, the fact that I'm slowly softening on my stance against cases, I start using a case and the case I like for the G6 made the difference in the hand not that much.  However, for the hand feel, the view size seems smaller.  It's fine, just maybe I got used to the bigger.
- That camera.  The camera and the dual lens on the G6 is amazing.  But the camera on the Pixel 2 is PHENOMENAL.  And much simpler to use too.  (maybe with the apk for the camera, and the new support for their portrait/HDR modes and dual camera support it'll be possible)
- Fingerprint gesture on the Pixel ... seems pretty innocuous, however, I found myself trying to do it dozens of times a day. So I missed it. (you could try this)
- The launcher on the G6 is just... terrible.  And to get it to the style I like of the Pixel Launcher took some customization (the actual Pixel launcher apk doesn't exactly work, mainly it doesn't let the nav bar become transparent).  It's not impossible, just I get picky and need to play around with various options to get it the way I want, whereas, with the Pixel, it's good to go right away.
- I really, REALLY missed out on the song recognition.  Like the fingerprint gesture, I didn't think it was as big a deal when I had it; whereas, I found myself continuously looking at the phone to see what the song was.
- Lag was starting to become something I noticed on the G6.  6 months earlier, using the SD821 vs the newer SD835 is noticeable on some high end games that it slowed down.  Was it entirely due to the RAM/processor, or having to layer another launcher over top, or some other 'optimization' by LG (the games thing from LG may play a factor) as I really only noticed it with games.  Comparing it to the Pixel, the Pixel seemingly just FLIES.
- The display I found to be more 'washed out' on the G6 than the Pixel.  There's no option in the display to bump up the saturation or vibrancy. This was the real straw that caused me to go back.  Again, the display isn't bad, I just really preferred to have the Pixel's.

Pros (of going back to the G6)
- KnockOn (the feature to tap the screen in a special way to open and unlock).  I really MISSED this feature.  I love it.  Especially useful when the phone is sitting on the desk face up and you want to just see a notice.  Tap in the code and you're there.  With the Pixel you have to double tap, swipe up, then tap in the passcode.  Feels so much slower to do it that way.
- Qi is a godsend.  I love it.  Just plop my device on my 'puck' and it charges slowly while not in use.  Never had to worry about battery life.  The only problem I'd found was that with the case I had, you had to be careful where it was placed on the puck to ensure it connected.

Miscellaneous (the bits that are neither here nor there, just food for thought)
- Battery life.  So, sure the battery sizes were pretty similar (3300mAh vs 3520mAh), but I actually found the G6 drained faster, I just had assumed the G6 had a smaller battery due to the smaller size, but they are pretty close in capacity.  The G6 I found needed charging more often, but then being able to have Qi for slow, trickle charging, alleviates that, PLUS the G6 has QC3.0 so having fast charging is a little more prevalent than the PD version for the Pixel.  It's just something to keep in mind.  It didn't swing me one way or the other
- Android Nougat vs. Oreo - the G6 currently is still on 7.0, whereas the Pixel is getting updates as fast as Google can push them out.  To be honest, I don't think I ever noticed a point where I was like "oh, right, the Pixel had this feature because of Oreo" in it.  But if you're someone who wants the latest features from Google, having the Pixel is your thing.

Essentially, everybody, the Pixel 2 had ruined me.  The G6 is still awesome.  Had I not used the Pixel 2 I would be just fine.

Maybe there are also people out there who prefer the G6 things over the Pixel 2 as well...

How about you?  What thing would cause you to switch
G6 Google LG Opinion Pixel 2 XL Review video