LG entering the AI game for their updated cameras 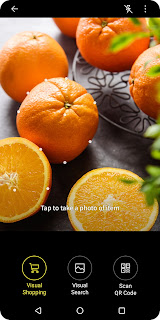 So, there's been a lot of discussion around what LG is doing for their next phone.  So much confusion.

What has been said by LG for sure is that they're going to be bringing some new tech to their cameras; some AI.

AI has been the game changer with the Pixel 2, the HDR+, the magical portrait mode ... good stuff.

Well, LG has been taking some time to study how they would implement the move for themselves and released a statement about some of the insight in to what will happen with the LG V30.

Now, will these be put into the V30 devices already out there or just ones going forward.  Anyways, take a read through and see what they have in store.

They sent along some photos of the potential AI in action.  You can see it recognizing an item for shopping, and then some item/colour recognition.  It reminded me of the Canon smart image sensor for scene analysis.  Sounds cool. 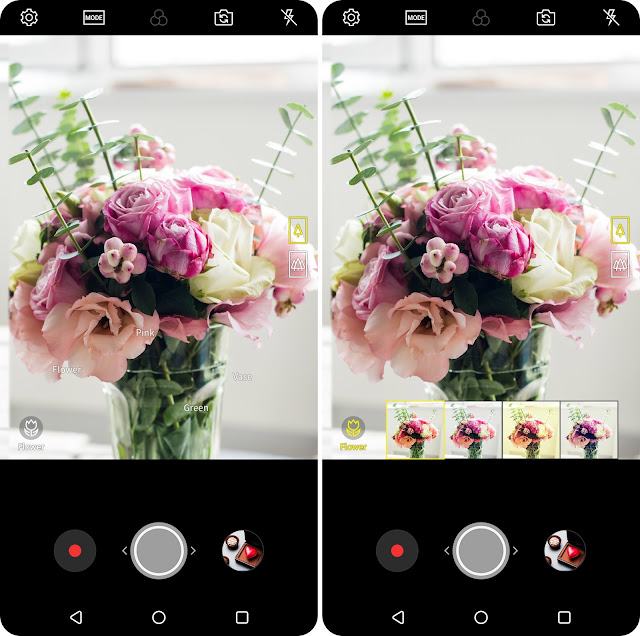 LG TO INTRODUCE OWN SMARTPHONE AI AT MWC 2018

TORONTO, Feb. 12, 2018 — LG Electronics (LG) will introduce the first of a suite of AI technologies for its smartphones at this year’s Mobile World Congress in Barcelona, Spain. The new technology will be featured in the 2018 version of the LG V30, LG’s most advanced flagship smartphone to date.

LG spent more than a year researching how AI should be implemented in smartphones, long before LG announced LG ThinQ at CES 2018. This research focused primarily on making AI-based solutions with the objective to deliver a unique and more intuitive user experience, focusing on the camera and voice recognition. The result is a suite of AI technologies that is aligned closely with the needs and usage behavior of today’s users.

Vision AI: Next Generation Image Recognition
On top of an already impressive list of camera features that include dual lenses, wide-angle low-distortion lenses, and the all-glass Crystal Clear Lens, Vision AI makes the camera of the LG V30 even smarter and easier to use.

Vision AI automatically analyzes objects and recommends the best shooting mode from among eight modes: portrait, food, pet, landscape, city, flower, sunrise, and sunset. The angle of view, colour, reflections, backlighting, and saturation levels are all taken into consideration as the phone analyzes images in its database to determine what the camera is focusing on in order to recommend the best setting. Pointing the camera at a plate of pasta will result in food mode being invoked, resulting in warmer colours and heightened sharpening for the most appetizing shot possible.

LG collaborated with a partner in image recognition to analyze over 100 million images in order to develop the phone’s image recognition algorithms. Over one thousand unique image categories were created for more accurate image analysis, and this resulted in better shooting mode recommendations.

Another feature of Vision AI provides shopping advice through smart image recognition. By simply pointing the camera at an object, LG’s Vision AI can automatically scan QR codes, initiate an image search or provide shopping options including where to purchase the item for the lowest price, and other similar products that the customer might find of interest.

A new low-light shooting mode can automatically brighten images in dim environments by a factor of two. Instead of conventional methods of measuring external light levels, Vision AI instead measures the brightness of the actual image that will be recorded, resulting in brightness levels that are adjusted much more accurately.

Voice AI: LG-Exclusive Voice Commands
Another new feature is Voice AI that allows users to run apps and change settings through voice commands alone. Working alongside Google Assistant, the 32 LG-exclusive Voice AI commands – up from 23 commands in 2017 – Voice AI eliminates the need to search through menu options and allows for direct selection of specific functions. French language support to be confirmed.

Upgrading and Expanding Smartphone AI
LG’s strategy for smartphones is to continue expanding its AI capabilities while also refining existing features to make them more convenient to use. Certain AI features will not be limited to new LG models only, but also to existing LG smartphones via over-the-air updates, taking into consideration various hardware specifications and stability of LG smartphone models for maximum user experience.

“As we communicated last month at CES, the future for LG lies in AI, not just hardware specs and processing speed,” said Ha Jeung-uk, senior vice president and business unit leader for LG Electronics Mobile Communications Company. “Creating smarter smartphones will be our focus going forward and we are confident that consumers will appreciate the advanced user experience with the enhanced V30 that many have been asking and waiting for.”

Attendees of MWC 2018 are encouraged to visit LG’s booth in Hall 3 of Fira Gran Via from February 26 until March 1 for more information.
LG Update