So, at one time Google had introduced a program where we could keep credit card information and pay online at places with "Google Wallet".  I loved Google Wallet.  I would pay for items on the old Google Store or at Humble Bundle I remember particularly.


In Canada, we could access the site, but we couldn't get the app.  Then, later on, there came Android Pay, and it took quite a long time for Canadians to get it.  During some time in there, we lost access to Wallet.  sigh...

But at least now we had Android Pay.  If you had the right bank.  I'm with TD and it's incompatible with Android Pay... le sigh.

Well, like other items with Google, there are some changes, and then changes back.  Remember Google+ Messenger, then Hangouts, then Hangouts with SMS, then not?

Google is trying to bring all their payment information under one roof with the newly branded Google Pay. 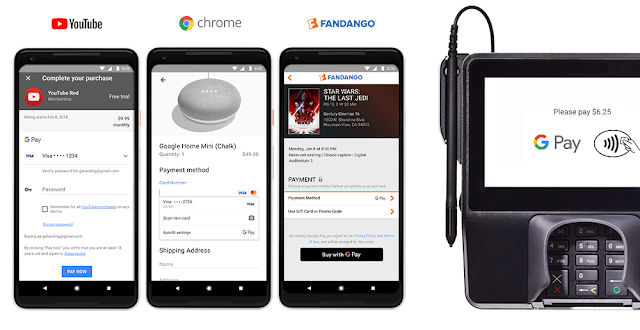 This is to help consolidate Android Pay and the Google Payment Solution they brought in 2017.  At least that's my guess.  You can read more about it in their blog post.

No indication tho' whether Android Pay is going away (what about all those terminals with the Android logo, are they going to change them to the G?), or if the app will have other options.

As a bit of a nostalgic feel, I decided to go through payments.google.com as Wallet still wouldn't let me in (... is that going away as well?)

How do you feel about this change?