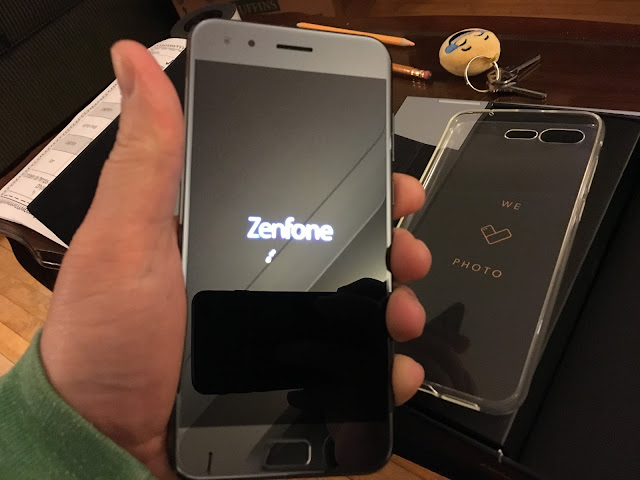 Asus, the maker of many a computer part, or parts for computers.  But, less known, they also make phones.  It's surprising it's not better known because they actually make some really well-made phones.  I loved the Zenfone 3 Zoom, and it's not too bad on price.  It's the right mix.

Unfortunately, Asus just doesn't quite have the partnership with the carriers to get it to the masses.  Currently, if you want the phone, you have to go through some online options (Newegg, Amazon, etc...).  Which is a real shame.

With the new Zenfone 4 series they've come out with an amazing flagship phone, the Zenfone 4 Pro, that is on par with anything else out there but at a cost savings.

There are some differences with some of the biggies out there, but at $900 (and it's even on sale for $810 on Amazon currently) you'll be feeling better about the price.  Except, for the big companies out there, they can get the device subsidized so it's hard to really understand the difference.  (well, the Asus is $900 for me to buy, but I can get that S8+ for only $100 ...)

They're not realizing it's more than $200 cheaper.

Anyways, the Zenfone 4 Pro is a phone that I think could just about go head to head with some of the big flagships.

Let's start of by saying how blown away I was by it.  The initial impression of the box was amazing. I've become something of an 'unboxing' person lately.  I don't do the unboxing videos, but I love being blown away by the packaging presentation.  You're met with a premium package and the device feels awesome taking it out of the package.

First up, let's talk specs about it.

This is the Pro version.  A few hundred over the non-Pro, and you'll be nabbing 2GB extra of RAM and more battery.  Here's the comparison on Asus' site.

I'll admit, that not getting something that's at least QuadHD or the QuadHD+ (2:1 ratio) is a little odd after using a lot of newer devices that have moved that way, it was something that I honestly didn't notice until I looked at the spec sheet after using it for a few days.

What I was taken with was the packaging experience.  You open up the box more like a book, not a box.  The inner portion folds half away and the phone is slowly revealed to be sitting in a 'holster' like piece.  It was cool.  So cool.

Okay, so after I got over the packaging you pull out the phone, and it feels like this is a premium device.  Like a very nicely crafted slab.  Like it felt the perfect amount of thickness, square, but not too square as it has some roundedness to it.  It feels like glass on the back.  The edge where roundedness meets squareyness can feel a little bit 'edgy' ... not harsh, but it's there.  But you know what, in the box they include a (I think it's a TPU) soft bumper case. 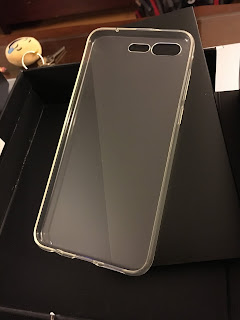 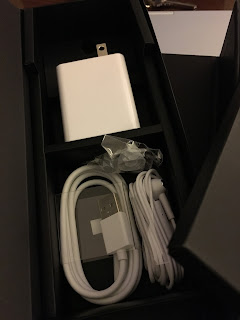 I miss having the back fingerprint sensor like ... well, plenty of other devices out there.  Even the Zenfone 3 had it back there.  But I'm guessing it's the back glass they wanted one slab (but the G6 I'm sure it had a glass back too and the fingerprint sensor).

Back to the sensor.  It's the right size and shape, the right amount of accuracy.  No complaints, just there's no 'confirmation' of touch with it when you go to unlock using it.  When unlocked you can tap it to act as the home button and it'll buzz to let you know it was touched.  But when it's locked, you touch the button and nothing lets you know it was touched.  If it's coming out of a boot up, you touch the sensor, and nothing happens.  Usually, the device will buzz and say "hey, first time you've got to use the code".  Not with this.  So it was something to get used to after using other devices.

Same thing with after that.  If it's just screen off.  If you touch it, it'll turn on if it read properly.  But if it didn't read properly it won't turn on.  You won't know if it didn't... just a feature I think was overlooked, and I can't seem to find a switch to turn it on. 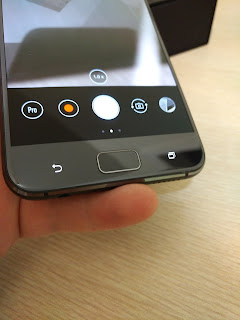 The navigation controls are are soft keys on the display.  Almost hidden.

So, now we're in the system.  We're using ZenUI 4.0.  Very similar to what we'd seen in other Zenfone devices.  But let's give it an overview.  What features are added are ... well, they're not as functional as you may think.  It's just stuff stuffed in.  It's easy enough to just forget they're there tho' by sticking them in a folder and changing the launcher.

There's the typical Zen themes, mobile manager (clean cache and space etc...) and options to do 'gestures' that are pretty common on most. 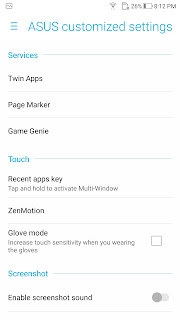 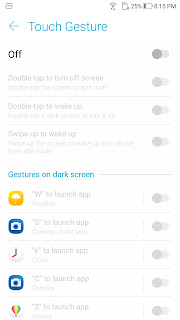 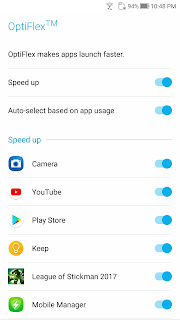 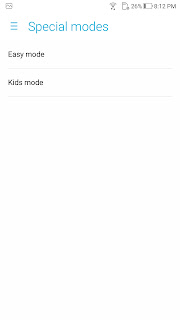 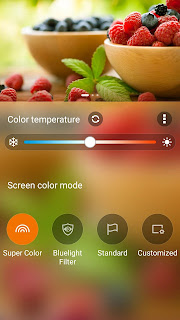 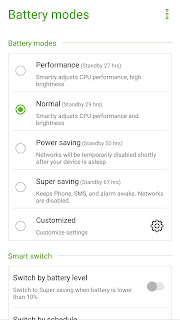 There's a feature for dts X for some enhanced audio sound... it's an EQ, but still nice that it lets you customize. 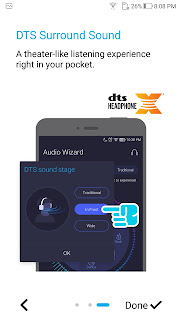 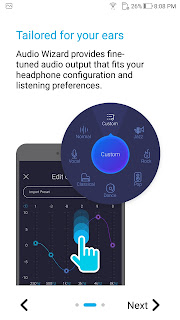 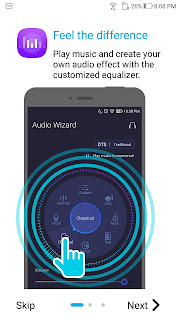 There's this really, really weird "Page Marker" feature that brings up a special floating 'bubble' when you're in Chrome that will let you download the page for offline reading.  I'm not sure if there's something else to it, as it just didn't make sense to me.  Let's just tuck that feature away and never turn it on again. 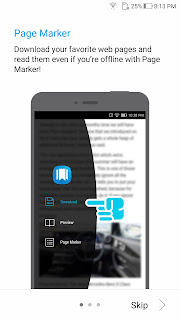 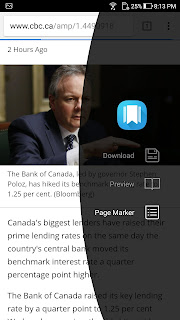 They also have an 'always on' option to have the clock display when the screen is off, and what's nice is you have more than just one or 2 options, unlike others. 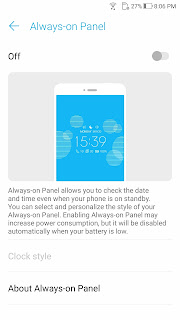 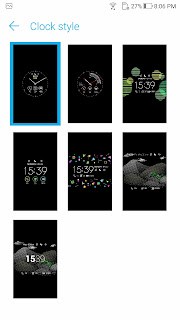 The keyboard they use is a little awkward for me, so switch over to Gboard.

The one feature I did really like they added was a camera widget.  I don't know why ... but maybe it's just because it's not something I'd really seen.  It's a 4x1 wide widget with direct links to the different camera modes. 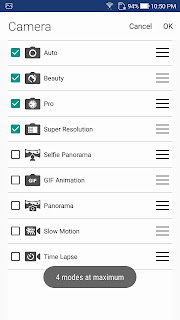 Okay, speaking of the camera.  Let's dive into that.

It's actually a very cool camera with very good quality shots.  You get 2 lenses on the back, one's 12MP and it's fairly wide and has a great aperture.  The other lens is equivalent to a 2x optical zoom and shoots at 16MP.  Not that you'd notice the difference. 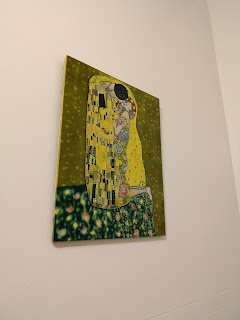 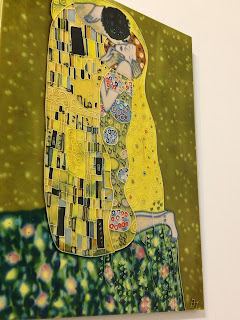 It's got your basic modes like some filters and professional setting for manual control, it's got a beauty mode to make your selfies (at 8MP) just right. 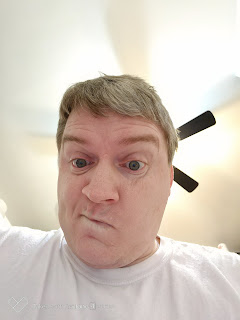 I enjoyed the automatically GIF feature.

The shots are well balanced and a good amount of vibrancy to it.  I was hoping to see some focus features where you could simulate bokeh due to the 2 lenses. 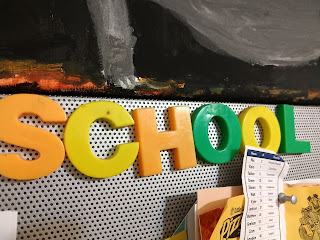 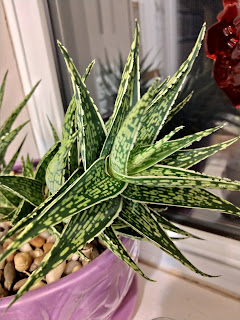 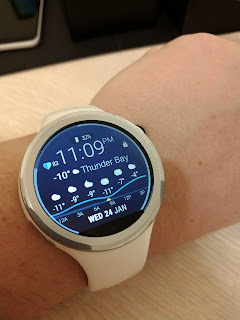 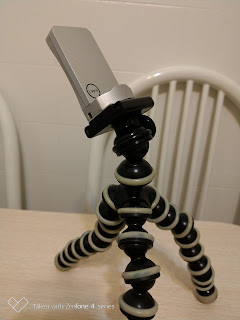 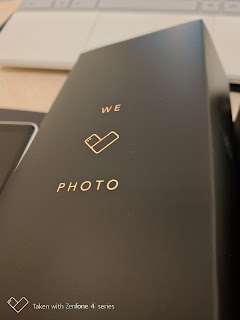 This device not only feels well in the hand, it performs well also.  6GB of RAM helps you to be able to handle many things all at once without a perceptible lag or jitter of switching between these apps.

The only time I saw a lag was editing the custom EQ modes.

The battery ... well, I didn't try it as my daily driver, but I did load it down with a lot of my apps, played some heftier games on it and didn't notice any major drain.  It doesn't have the QuadHD a lot of the other big flagships have, so that has helped keep battery loss down.  At 3600mAh you can easily go a full day and not worry.  You'll be fine.

So, in the end, yes ... $900CDN is a bit of a chunk of change to pay for one thing.  But, when you stack it up against the Pixel 2 XL at almost $1200.  Sure, you may not get the 2:1 ratio of that ... but $300 in your pocket helps.  Just too bad there isn't the carrier subsidy to help the folks that will want to get it for only a couple hundred on contract.
Asus Phone Review video Zenfone 4 Pro