Posted by Ryan Moore on November 30, 2017
It's the holiday season.  It's the time to set up some house parties and have some holiday music blaring throughout the house.  What's your go-to for music this time of year?  I like the Twisted Sister Christmas album.

Anyways, how are you going to set it up?  There are Bluetooth speakers, but not only do they need a battery which could run out mid-party, and it's dependant on what the phone is doing.

There's soundbars or other home speaker systems, but again, they're using BT to connect usually.

What about Chromecasting... we have a Nexus Player ... but it's just not the same. 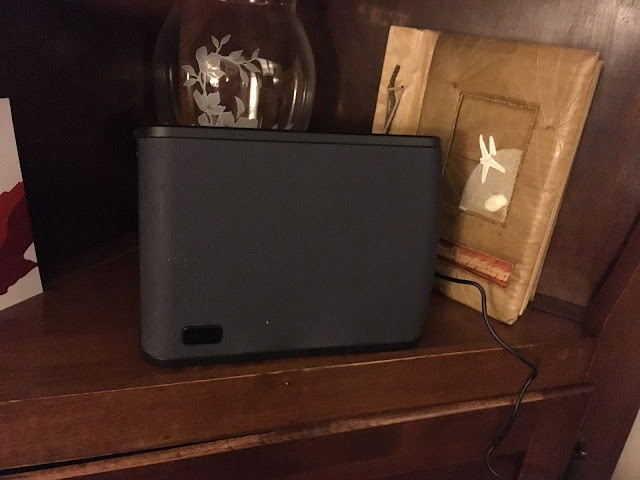 It runs for about $119CDN there and can help set up a neat little smart speaker system in your household.


Now spec wise, it's hard to find any hard data on how much it can actually pump out for sound volume, but for my house anywhere upstairs it was pretty good volume.  If we had a lot of people maybe it would have gotten a little noisy and may have been hard.  But then again it's not about overpowering sound, it's about providing background sound.  And it's done easily too. 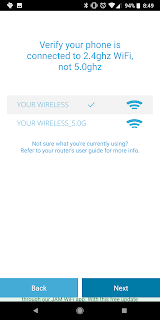 Now, first up, there's the issue we need to talk about. As discussed in the video, the major problem is that it needs to make sure you're on a 2.4GHz wifi network. That's a real pain ... at least for me.  Now my Shaw router does broadcast out regular and 5GHz versions ... but I've been on Linksys's Velop and set it up for 5GHz ... and it was a pain to try to set it back.  For most people, this may be no issue, but for a select few it could be a real pain in the butt. 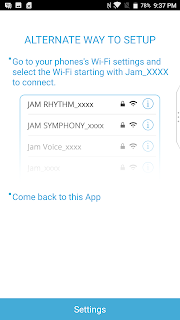 There is an alternate way to set up with out the 2.4GHz version, where you'll set up a direct WiFi connection...

But then you won't be able to connect with it unless you're in proximity.

Anyways, I fiddled with the Shaw set up and got it to work.

Now it was a pain... it didn't take long to do actually, but there were several steps involved.  It did have a nice walkthru mind you, so no pain there.

The pain came in from the fact that as soon as I had it up and loaded the speaker needed a firmware update.  It would try the update and fail about 3 times before it finally took.  Until then I couldn't really do anything.

But, the update that came in brought some features like Alexa, and a feature I thought was very awesome, the opportunity to 'broadcast'.

That is a pretty damned cool feature if you ask me! 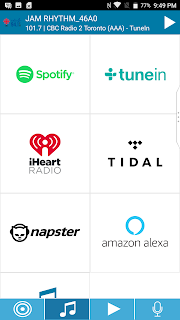 But then we can also send all sorts of other sounds to it.  There's the list of apps (or 'favourites' you can use with it, you can set which favourites with the app and know which is being used by the LED indicator on the speaker)

Personally, I'm not a big user of those options, I'm a 'google fan' so not being able to 'cast' to it is a bit of a loss.  But what's cool tho is that you could set up to play this from ANY wifi essentially. 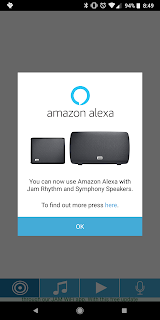 Better yet, you can use Alexa, which has been recently allowed in Canada... thank you Amazon (again, I haven't been a user, more of a Google guy, but I'm sure there are those who wanted this feature).

And, if you wanted to, you could set up to 8 of these throughout the house and link them all together, or give them 'zones' like 'downstairs' or 'garage' etc...

Setting it up on TuneIn for me was just fine and finding music I like and the sound that came out was very good, even for just one speaker.  Imagine if I had a bunch.  Very cool.

It was a pain to not be able to set up connection to it via Bluetooth, but there are sacrifices to be made.

Pretty fun little speaker, but for me and my services it didn't really work for me... plus the fact I had to use 2.4GHz and figure out how to work ... it took some jiggering. 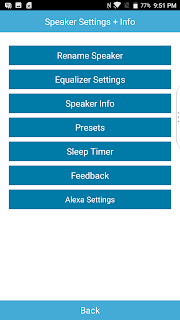 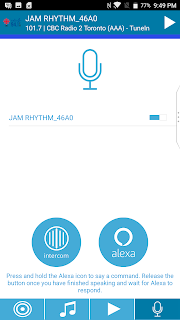 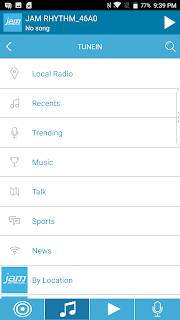 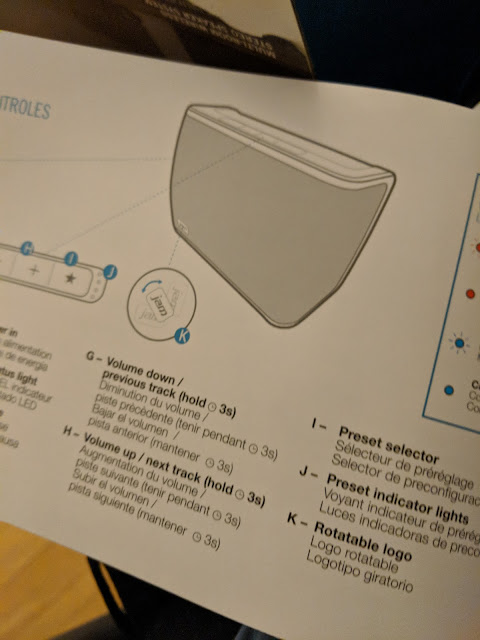