Posted by Ryan Moore on October 18, 2017
So recently, I FINALLY... FINALLY pulled the pin on cable.  It's all streaming services and for us we have a couple Roku boxes.  I even bought my dad one a while back and he's just LOVING it.

Canadians, we love our streaming and Roku makes it super easy.  I've tried to get my wife to use our 'kodi box' more, but she's always saying "it's not as easy as the Roku... so I'm sticking with that".

The new streaming device runs for just $40CDN.  For that you get the little box (remember for the express line they're using IR, so make sure to put it somewhere you can point the remote ... personally I can't go back to IR) and the remote and you're off to the races.  I still wish you could remove the stickers on those quick launch buttons (are those really the most popular channels for people to use?  For me it's Netflix and Youtube).  Maybe some day we will get to program them ourselves.

Check out their release statement below for more information.

Toronto, Canada – Oct. 17, 2017 – Roku, Inc. (Nasdaq: ROKU) today announced that it is launching the new Roku Express in Canada, which is five times more powerful than its predecessor.The Roku Express is tiny. It comes with everything in the box to start streaming, including a simple-to-use remote control and HDMI cable, and is priced at just $39.99 MSRP. 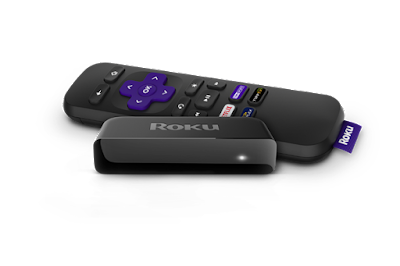 “The Roku Express is one of our most popular streaming players, and is a great starting point for first time streamers or for people looking to extend the Roku experience to other TVs,” said Chas Smith, general manager of Roku TVs and players.

Roku® devices are powered by the Roku OS and feature a simple home screen. Consumers in Canada can access 4,000+ streaming channels, including 150,000 movies and TV episodes. They can also download the free Roku app for iOS® and Android™ mobile devices which acts as a remote, streams media from a mobile device to the TV, includes a keyboard and features such as voice search and private listening. 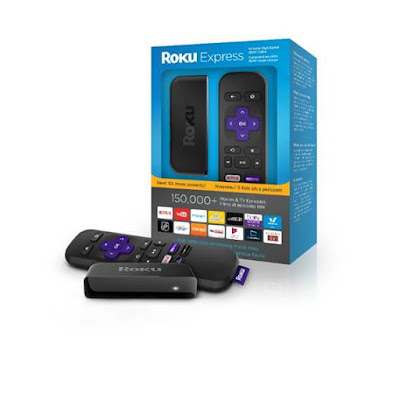 Availability
The Roku Express is expected to be available in November from Best Buy, Walmart, Amazon, Staples, The Source, London Drugs and other fine retailers at an MSRP of $39.99 CAD.
availability Express Roku streaming