Posted by Ryan Moore on October 17, 2017
So, as someone who tends to review a lot of devices being able to get stuff from phone to phone is very important.  Because I do it so often, I've come to look for very simple solutions. For me, I'm into cloud syncing.  There's hardly anything on my phone specifically that I can't have already backed up on to Google's cloud.

But I'm a special case (my mom thinks I'm special), for most of the other people around me, trying to explain cloud syncing, backup etc... it's a foreign language to them.  If only there was something simple.  Something they could just plug in ... and it'd work, that would be grand. 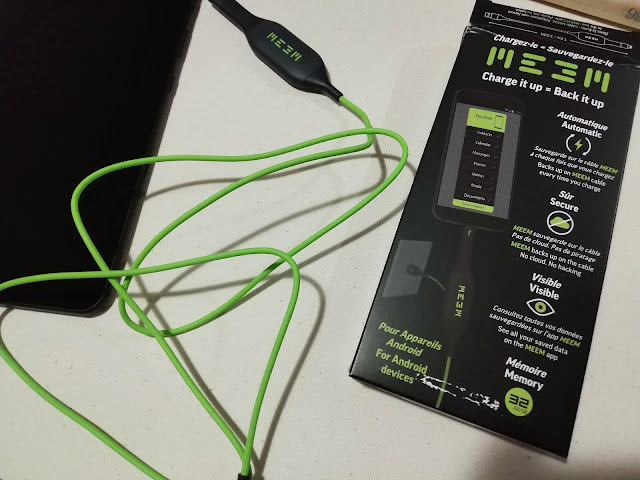 The premise of the Meem memory cable is that it's a charging cable for your phone.  Something you use every day. 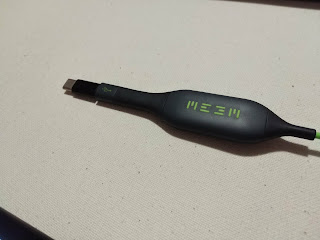 But... plug it in and there's like a USB drive stuck in its throat and it gobbles up a copy of your data from your device for you to sync to.  Pretty ingenious.

Now, keep in mind that just because you're using a 64GB phone, you may not need all 64GB to sync your data (apps themselves aren't backed up, just the documents and data).

Unfortunately, I received a microUSB cable (the only other option was lightning), and all my devices are USB-C.  Well, I did have a tablet, but even though the box says it should work on a tablet, the Play Store says the app is incompatible.  So, can't get it to work now.

Let's try the USB-C adapter on the end and plug it into a device.

I tried the Essential when I had it for review.  It loaded up the app just fine, but for whatever reason it just kept crashing every time I tried to bring it up. 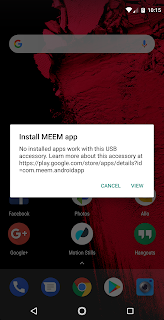 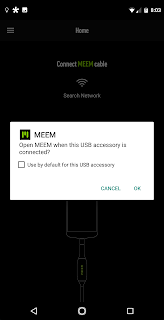 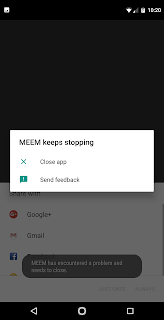 So that wasn't happening.

Oh, my son's ZTE.  It's still microUSB.  So I plug it in, and as soon as you plug it in it recognizes it and asks to install the app.

Once installed the app pops up with a request to load up the app.

The app reads through the phone and analyzes what data is on there that it can back up.  Then you're given the option of backing up or restoring.

It's simple enough that you just click a button once you plug in and it sifts through all the junk on your device to see what's new, what needs to be updated.


Now there's a 'desktop mode' but I hadn't given it a try as it's just super simple for me to allow my son to plug in his phone and charge it up and ensure that his data is backed up (apparently desktop mode is so that it will back up your data from the MEEM to your computer). 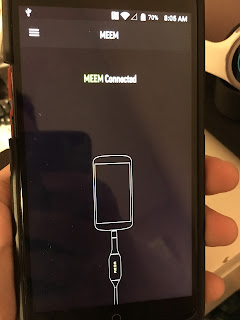 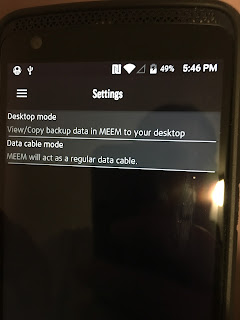 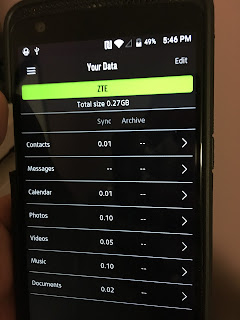 SMS messages, documents, pictures, etc... all get synced to your MEEM.

The next time you end up plugging it in it checks the contents on  your phone against your MEEM cable and will make the necessary adjustments to the backup. 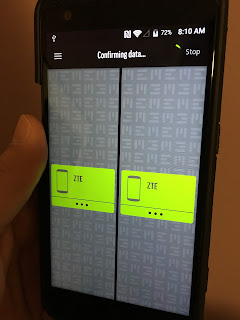 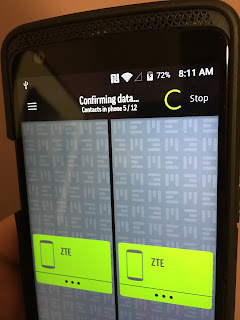 Pretty straight forward, that I'm sure my dad could do it.  Now, he doesn't need to restore any data, but it's nice to know that if he did this daily ritual, he'll be all good when he needs to.  Switching to his new phone was the full weekend ordeal (good thing he's retired). 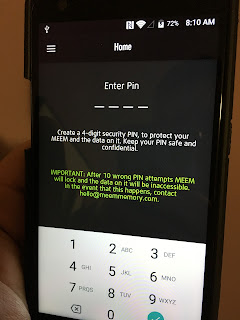 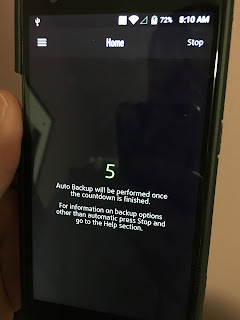 What I don't get is why there's a countdown timer before the backup happens...