[UPDATE:  goes on-sale today with Bell and Freedom.  The pricing will be $0 on a 2-year contract or $1000 with no contract with both carriers]

You probably rhymed off Samsung, LG, maybe even Moto.  There used to be so many options; unfortunately several seem to have fallen out of favour with some of the carriers like HTC or Sony.

They still are viable options, but what happened?  Well, let's look at the latest device from Sony, the Xperia XZ1. 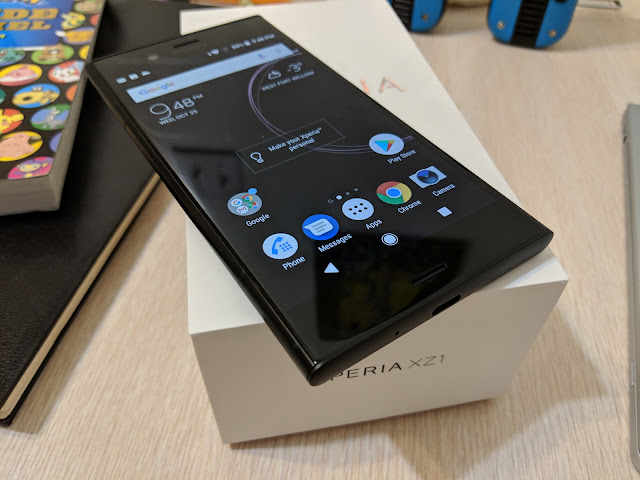 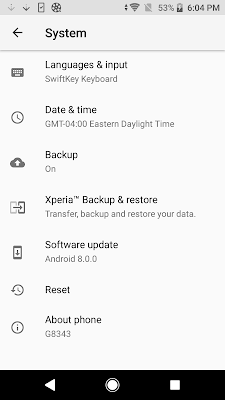 
That's right, it's got Android Oreo.  Is this the first commercially available device outside the Pixel line up that has it?

Yup, it's not QuadHD, and it's not 18:9 so at 5.2" it seems pretty small by comparison.  The size is right, but I'm so used to similarly sized phones with bigger screens.

Oh, and it has a headphone jack for those who need it. 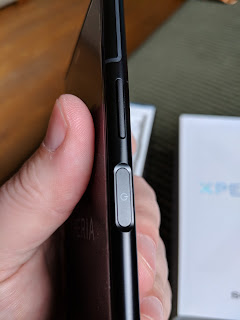 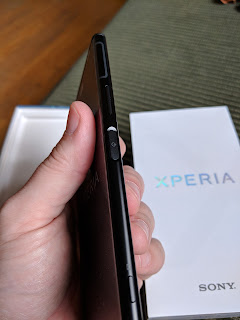 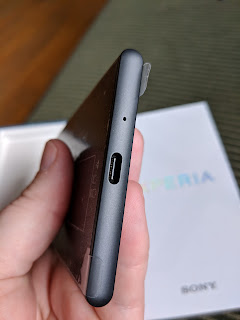 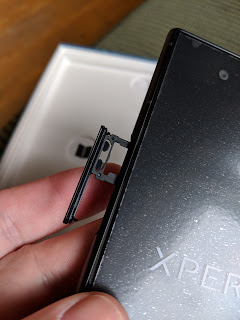 It's a shame for the flagship it didn't have a higher resolution ... but that's just me.  People keep telling me that it's imperceptible, but I notice.

As for the performance, the device performs fine.  It seems a tad laggy under the UI of Sony.  A tad.  I notice it... only because I've been using the super fluid Pixel 2 and the LG G6 lately.  Apps themselves are fine, but the interface feels a little on the choppy side.

It's nothing I would even think of complaining about - but it's also nothing warranting bragging about.

Fortunately, the device comes with a large amount of space, 64GB plus a slot for a card for even more.  This is good as Sony bundles not only their own ~12 apps but 4 more 3rd party ones as well.   Now, just go ahead and disable them of course, but they're still there. 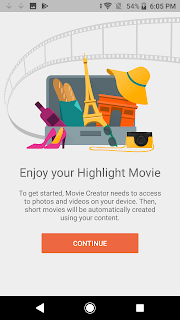 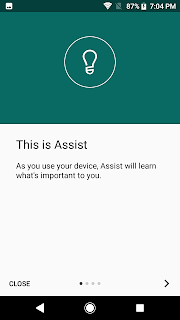 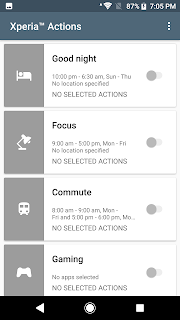 Okay, but the real reason you'll be thinking of this phone is the famous Sony camera.   People talk about Samsung's cameras, but Sony's new Eye Motion is pretty good.

And for those of you who care about the megapixel counts, this is 19MP.  Yup, that's pretty huge (Trump 'yuge).  Even the selfie camera is 13MP.

Now, that's just one stat.  The aperture is only f/2.0 (I can't believe I'm saying 'only'), but where most are wider, I did notice it being a little harsher in darker rooms.

That being said it took some real nice shots.  The button on the side is very handy to bring up the camera as well. 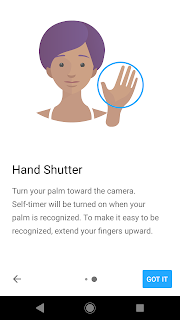 When using the selfie camera there is the option to raise your open palm for it to start to take the photo (remember how LG used to have that gesture?).

Can't complain about the quality. 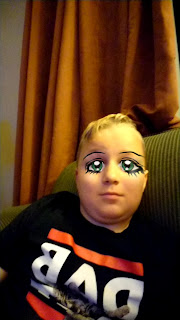 They've also upped their game this year.  Instead of just allowing their AR (and I have to be honest, it's lame... I don't think I've ever once gone "oh, hey, this photo needs some little gnomes or a dinosaur running around in it").  The sad part is that it really REALLY slows the performance down.  Models from a few years ago perform much better.  And, the quality goes down a lot.  In a lower lit room, it had a hard time seeing faces to be able to apply masks.


Anyhow... they went beyond.  First up they have 3D scanning software.  So you can scan someone's face, and sculpt it properly.  Or scan an item (kinda dumb that if you want to be able to scan other things you have to start with a face first... c'mon Sony).  Scan it in 3D and then you could take it to a 3D printer and have loads of fun. 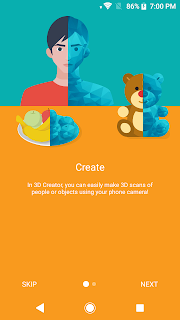 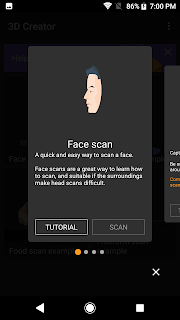 The second new feature for the camera is that they have an ultra slow mode.  960fps slow.  That's pretty cool.  They still have the mode to shoot at 120fps and then slow down a portion via software, but shooting in native 960 is cool. 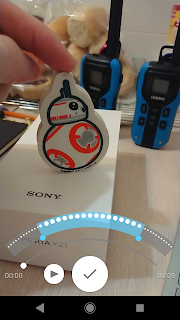 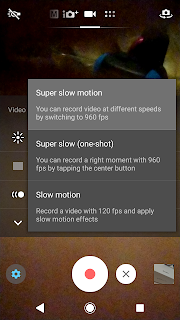 ... at the higher speeds, you're going to want to make sure you have plenty of light.  Not a big deal.

The snag comes in that there are 2 modes.  The first mode is shoot video, and then when you hit the moment you want in slow motion, tap the capture button.  It'll have a normal video (albeit at a pretty reduced quality) and then at the moment drag out time to really show off slow-mo.

The second mode you have where it's just going to take the slow motion right when you hit the button.

Getting the timing right was ... well, I still don't quite have a handle on it. 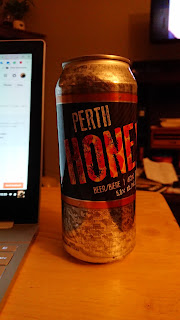 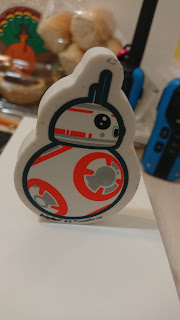 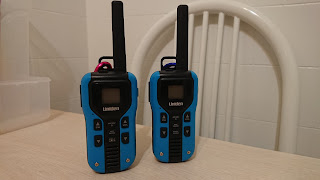 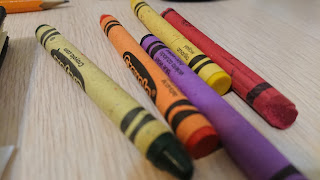 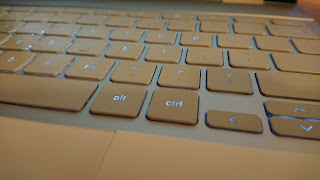 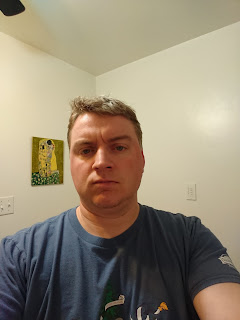 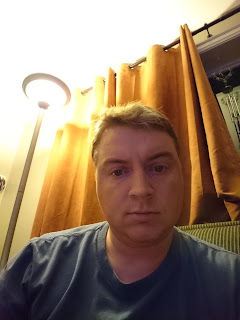 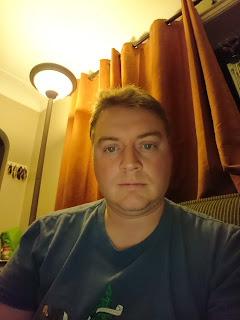 one of them used the flash

Okay, so overall... it's a flagship, but has the feel of a mid-tier device with a fancy camera.  At $850 it'll be quite less of a hit to the pocketbook than a similarly spec'd phone. Although I believe for the price difference you'll appreciate the better than average camera and its features.  If you're a Sony user, you'll love how it integrates with your Playstation and TV etc...

For me, I noticed the performance hit and the size is something I can't go back to.  But that's just me.

There's plenty to like about this phone for sure, but there's nothing quite tipping it over.  Maybe if they had made it 18:9.  I'm not sure.

The biggest thing that Sony has to battle here is not specs or performance or whatever, it's the fact that it's not on any shelf anywhere.  If you want this device, you're going to have to order it (and not even available from Sony's own website).

Update - so it's available at 2 carriers in Canada