Motorola announces the Moto X4 for the USA

In the beginning, there were Android phones.  HTC had one, Sony then got one etc... but they only had one.  Then there evolved the idea of a 'flagship phone'.  One with all the glint and glitter of super power  The Galaxy S was the first I remember, and then the Nexus lines, and there were also the inexpensive variants.

The inexpensive variants really helped Android gain traction with everybody.  Yet, the flagships continued to add and add ... some might even say that it's come to a point where it's not necessary anymore.  That the processing difference isn't worth the cost gap.

The cost has always been a factor.  The first real company to tackle that, as I saw it, was the Motorola team with the X.  It was the first 'flagship' to depart from chasing the highest end specs, and show what could be done if used appropriately, and it didn't cost an arm and a leg.

Fast forward a few generations and there's the Moto G, E, Z (woot woot, mod-life) series in addition to their X.  I hadn't heard from that line up in a while, but that's changed with the new X4. 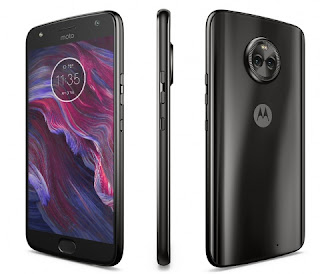 What do you get for that?  (that's like half the price of the Pixel 2 XL)


In terms of specs, it sure isn't hitting the flagship level, but I'm sure it'll perform admirably.  Might I be able to see the difference?  Sure, up against the LG G6 or the Pixel 2... I'm sure there'd be a perceptible difference ... to me.

To the average user?  More than likely not.

Also, this model comes with Alexa built in.  Hrmm... Moto, once a Google company, is flirting with Amazon eh?  Probably the reason we're not seeing it in Canada.

So, it'd be $500 well spent for those of us looking to replace a phone for a loved one.  My father was just suggesting his X Play might be ready for a renew, and he really liked the style of it.  It might be something I show him, because he's debating the option of having to renew his contract (at new contract renewal prices) versus just buying the phone outright.
availability lenovo Moto X4 motorola